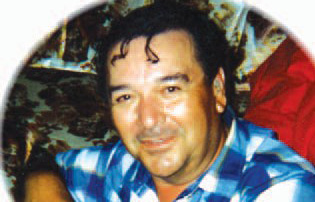 PINE RIDGE – Leonard Joseph Clifford Sr., 69, made his journey to the Spirit World on Sunday, May 14, 2017, at Rapid City Regional Hospice of the Hills in Rapid City.

Leonard’s education experience began at Holy Rosary Mission and continued until he was a sophomore, when he transferred to Long Beach, Calif. He returned to Holy Rosary Mission to complete his high school education and graduated in 1965. After high school, he attended Black Hills State College. In his freshman year, he met Marie Claymore of Ridgeview, in January of 1967. They later married July 15, 1967. Together, they graduated college in May of 1972 with a Bachelor’s Degree in elementary education. Leonard and Marie taught for two years in Mission. They were then accepted into a Master’s Program in Educational Psychology and Guidance at the University of South Dakota and completed this program in 1973.

After receiving his Master’s Degree, he began a long career at Holy Rosary Mission, later legally named, Red Cloud Indian School. Leonard served as Director of Guidance for Red Cloud K-12 and Our Lady of Lourdes K-8. He was the high school guidance counselor and worked with many individual students for over four decades at Red Cloud. He was a wrestling coach, golf coach, helped with several rodeo schools, kept score at basketball games and helped in many capacities in many types of school activities. He had a strong desire to keep kids in school until graduation.

As well as being a lifetime educator, Leonard, or “Lenny” as he was known, had a real talent in music. His love of music began as a young boy and continued most of his life. He played bass guitar in a band with his brother, Eli and his cousin, Larry J. They were first known as the Kinsman, but after Larry was tragically killed in an automobile accident, they continued on starting a new band known as the Big Horn Band. They played at many local dances, nightclubs, and charity events. He was passionate about teaching others about music.

His passion for golf led to a lifetime involvement with the sport, including co-founding the Lakota Nations Golf Tournament along with Joe Blue Horse. He was also a co-founder of the Oglala Nation Basketball Tournament, along with Chuck Cuny, John Haas, Bryan Brewer, and others, starting at Pine Ridge High School and later expanding to a much larger tournament moving to Rapid City. This came to be known as L.N.I. and was inclusive of many other academic and sports activities (wrestling, Lakota language bowl, art, cheerleading, volleyball, etc.).

Leonard was a very personable man with a good sense of humor, which will be remembered. He will be greatly missed by his family, friends and relatives.