Like oil and water, alcohol and Indians don’t mix

He died many years ago, a victim of the very product he had spent the last 10 years of his life fighting.

He knew that alcohol can kill and he had been told in no uncertain terms by a doctor from the Indian Health Service Hospital at Pine Ridge that for him to ever imbibe again would mean certain death.

Many nights when I was at the newspaper in Pine Ridge Village burning the midnight oil oftentimes writing articles about that disease known as alcoholism, he would stop by the office, grab a cup of coffee, pull up a chair and tell me some of the horror stories that were a part of his every day life as an alcoholism counselor. 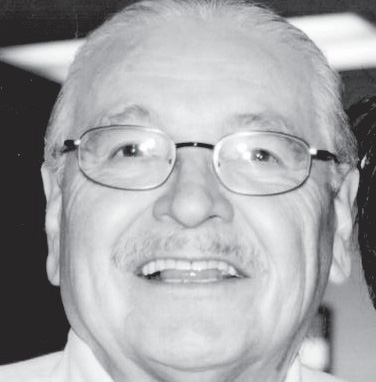 “You can use my name if you want to because I want people to know we are talking about real people here and we’re not just making stories up to scare them,” he would say.

His name was Glen Three Stars. A terrific athlete in his younger days who set records in track that stood for many years, he lost the battle to the bottle before quitting cold turkey.

In those early days, when he was drinking, he could be a violent man. “Whenever I had a snoot full of cheap wine or when I got lucky and got some good whiskey, I turned into a real bad ass,” he told me. Strangely enough, after he put the booze behind himself, he was known by everyone as a very gentle man.

“When I was drinking, I knew what it was doing to me and my family, but I just couldn’t stop drinking,” he said. “The next time you get a chance to visit the State Prison in Sioux Falls, take a hard look at the many Indians in there.”

Glen would get very intense when he talked about this. He would lean forward in his chair, his huge, battle scarred hands folded in his lap, his battered face thrust forward and I knew he was really getting ready to unwind.

“You know, Tim, I’ve been there. I know what I’m talking about. If all the Indian men and women in the pen today had been sober or off drugs, they wouldn’t be behind bars now. I recall when I got into trouble with the law I was always very drunk, but I can still remember vaguely what I was doing, except it was like somebody else was doing it,” he said.

“I mean it wasn’t like most white people. They just have a social drink and quit, but us Indians have to drink until there is nothing left and then we get desperate to get more and we’d do almost anything to get another bottle.”

I suppose it was the misery he witnessed nearly every night or maybe it was something in his personal life, but one day Glen just gave up. He called up a bootlegger and told him to get him a case of bourbon whiskey. He wanted to go out in style. The bootlegger, who happened to be a good friend of his, told me later, “If Glen wanted to check out this way, I wasn’t going to stand in his way.”

Glen knew that if he drank that whiskey, he would die. It was the way he chose to end his life.

He stopped by the paper one night a few days before he died. I knew something was wrong because he was very quiet. He said, “The one thing that is killing off us Indians is alcohol and yet it seems to be at the bottom of the ladder when it comes to getting funding to fight this disease. We submit budgets every year and every year the budgets get smaller while the problem gets larger.”

Glen put his head in his hands and sat very still for a long while. Finally he said, “Tim, my kola (friend), it seems I’ve been fighting a losing battle.” He stood up, shook my hand, then he hugged me, and said, “I guess there are some battles you just can’t win.”

That was the last time I saw Glen alive.

But he did not fight a losing battle. He left many friends behind who took up the battle that had defeated him. There are many sober Indians on the Pine Ridge Reservation because of the dedication of this one man. Politicians now run for office on a “sobriety” ticket.

At his funeral, one of his converts said, “He really pulled me up by my bootstraps and I guess he knows that at sad times like this, we alcoholics really crave a drink.” And then he glanced at the man in the casket and quickly added with a chuckle, “But Glen would probably jump out of that coffin and slap me up alongside the head if I did have one.”

Glen Three Stars died believing he had been whipped. But there are many Lakota men and women leading productive lives who would argue about that. He died never knowing that he was, indeed, a winner and the alcoholism programs he helped start would continue without him, or perhaps because of him.

(Tim Giago, an Oglala Lakota, is the retired Editor/Publisher of Native Sun News Today based in Rapid City, SD. He can be e-mailed at najournalist1@gmail.com. He was the founder of the Lakota Times and Indian Country Today)