Looking back at 2017 basketball season 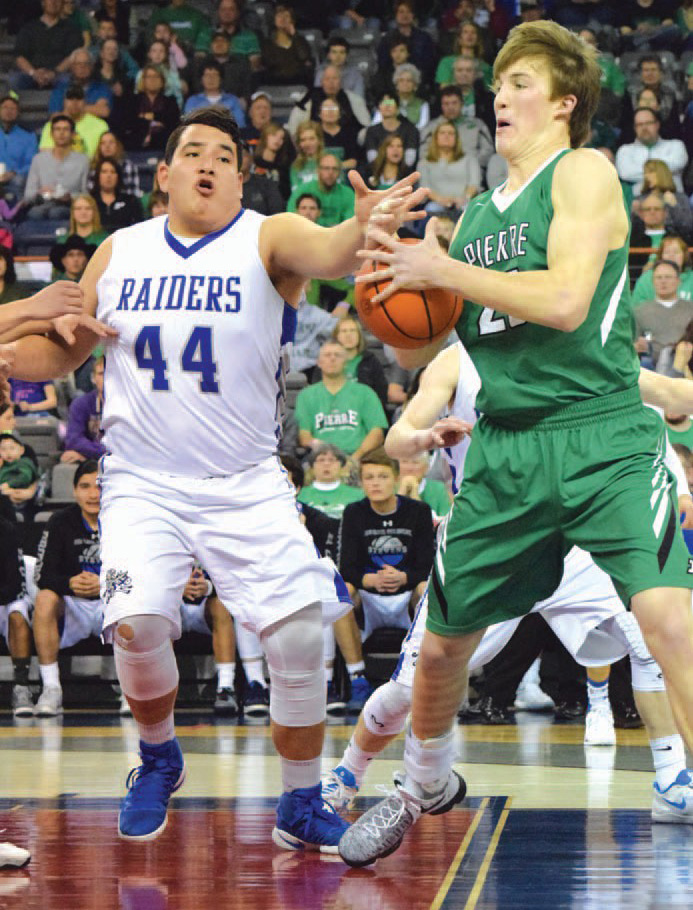 RAPID CITY — Any person can find detailed information about the 2017 high school basketball season by just working their cell phone. Since the numbers and results will be available, maybe we should look at the season we actually experienced, much of which can’t be captured by statistics.

White River Head Coach Eldon Marshall, grew up on the Rosebud Reservation and played for Black Hills State, and was an outstanding amateur basketball player, being inducted into the South Dakota Amateur Basketball Association Hall of Fame in 2014. He is the all-time leader for three-pointers in that association. None of that can compare to his skill as a coach, as a mentor, as a man capable of organizing a program that not only produces basketball excellence, but melds his White River Class B boy’s players into a perennial high quality basketball machine that is not just half-Wasicu and half-Sicangu, but 100% Tiger. 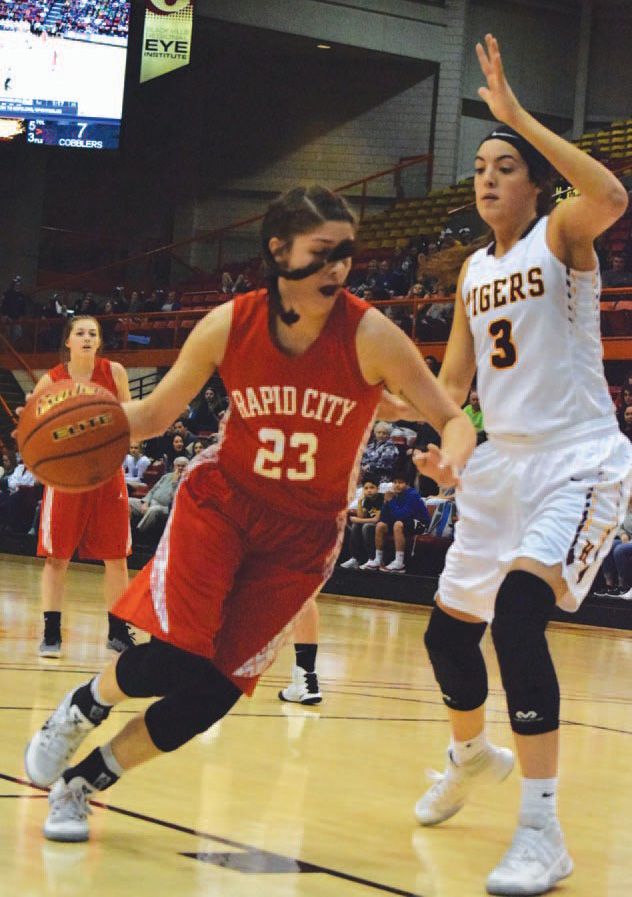 Marshall grew up poor, no father figure to speak of, and that made him determined to make something of himself, to be the best at what he does, which is not just coach basketball, but mentor kids. He has taken the Tigers to the State B tournament 13 years in a row. If there is a better high school basketball coach at present it would be difficult to provide criteria indicating such? This year he finished sixth, had to overcome tournament adversity that really reaches down beneath the honor of the game, and he handled it like the champion he is. Most would have had a meltdown over the Sully Buttes game and the horrible officiating. 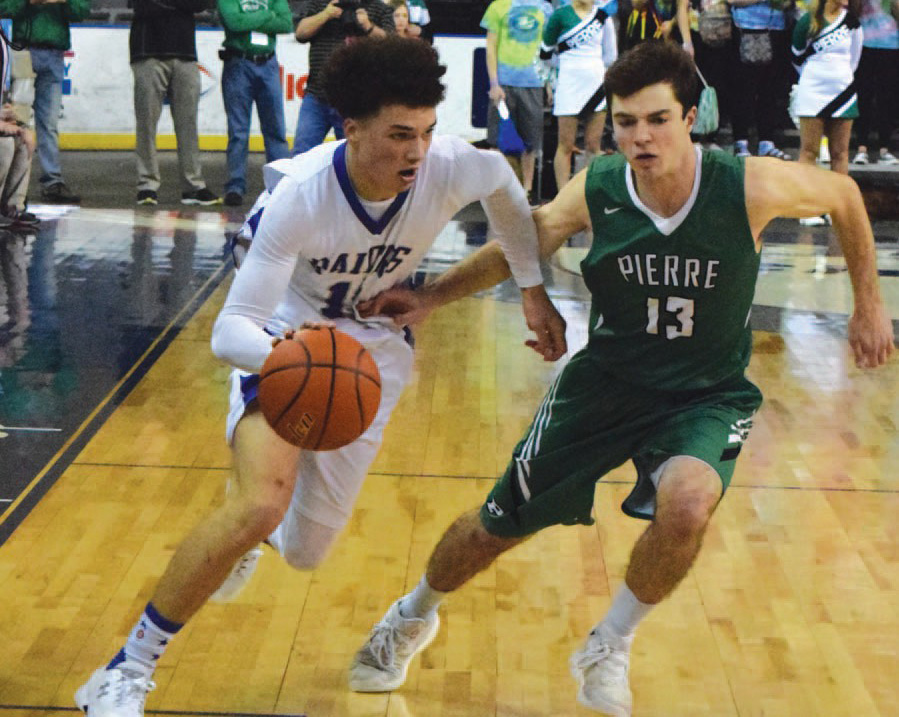 Not that Marshall doesn’t sometimes get a technical, we all have our moment when we have taken all we can stand. At LNI he got a technical, but it was what happened before the technical that speaks to the real nature of what Marshall has built at White River.

Senior guard Justice Morrison saw his coach headed out onto the floor to confront bad officiating, which could only result in a T, so he stepped over and calmly guided Marshall back to the bench, but situations being as fluid as they are, Morrison got distracted and Marshall went back out onto the floor and got a technical.

Someday Morrison is going to be an excellent coach and mentor, he has been an excellent player who scored his thousandth career point earlier this season. He already displays leadership skills well beyond his years.

It is unusual for a Lakota ballplayer to have spent all his years in West Rapid, but that is where Mason Archambault calls home, and he was the best player on an outstanding Stevens Raiders team which unfortunately finished a disappointing fifth at the State AA tournament, and will be graduating most of the ballplayers that had people abuzz about Raider basketball.

Archambault was the best player in South Dakota in 2017, simple as that. The only area player in his class is probably Aanen Moody of Dickinson, North Dakota. Even in the opening round upset loss to Pierre at the state AA, Archambault scored 32 points. He can jump over three feet in the air and some Division I school is going to be happy to get him. Because he grew up in Rapid City, Archambault is already well aware of how to operate effectively in the Wasicu world. He is not only extremely likable and approachable, he has no problem approaching others, and will have no adjustment problems in college.

Jacob Martin bears mention. Starting out his career at RC Central and finishing up at Stevens, Martin was the additional puzzle piece Head Coach Chris Stoebner needed to make his Raiders the team to beat. Like Archambault, Martin knows how to talk to the media, knows how conduct himself off court. He will be an excellent college player if he can put on about twenty pounds of muscle over the next couple years.

Winnebago repeated their LNI championship in December, and went looking for a Nebraska C1 state championship. A 55-52 semi-final loss to Wahoo ended their hopes, but they rebounded to win the third place game. The stellar high school career of 6-7 senior David Wingett ended, and maybe the best Indian ballplayer on the planet left a signature memory for posterity to remember him by — riding a Wynot player off the court like a donkey, after coming down on his shoulders following a slam dunk.

Game in and a game out, the most exciting basketball played this season was by the Douglas Patriots. Travis Miller’s boys opened with three straight losses, but later put together an eight-game win streak. They had seven Lakota ballplayers and no senior starter, so the team will be back next year. Four straight losses at the end of the year might obscure the fact this team has potential to make a big run in 2018. The game they played against Stevens, with 14 Lakota boys suited up for an AA basketball contest, will be a game remembered for some time.

Rapid City Central captured fourth place at the State AA Girls Tournament. Senior Mya Jones ended her Cobbler career by stepping up her game and leading Central past archrival Stevens in the opening tilt. The tall, gritty Jones is the granddaughter of the late Tony Jones, a one-time fixture in North Rapid Lakota sports, and a mentor for a couple generations of Lakota athletes.

For Lakota basketball fans, one of the most painful memories of 2017, would have to be the final minutes of the 57-50 Little Wound loss to Webster Area in the opening round of the Girls State A in Brookings. Head Coach Lyle Lebeaux’s Lady Mustangs had the players to win the whole shebang, but unable to rebound from the disheartening loss to Webster Area, they ended up finishing eighth.

The Little Wound boys and the Pine Ridge boys both made the opening round of the brand new A Sweet Sixteen. Both lost. In Girls B, Timber Lake, made the state tournament, where they also finished eighth, but played some great basketball.

Overall it was not an especially strong year for West River basketball, save for the St Thomas More Lady Cavaliers, which continued to cram championship trophies into their display case in Rapid City. The Raiders squad, and the Little Wound Lady Mustangs, put teams on the floor with all the tools necessary to make a state final. Both RC Stevens and RC Central had excellent Girls teams. Sturgis Boys were armed with a gang of three-point shooters defenses feared. They lost none of them to graduation so expect the Scoopers to be really tough next season.

Winnebago will not be returning to LNI next year to defend their consecutive championships. Look for Jadice Morrison to come into his own out at White River and for Cetan Big Crow to finally realize his potential at Douglas. Juneau Jones will be a junior at RC Central, and Lexus Eagle Chasing a senior at RC Stevens. Expect both of these players to step up their game and help both squads have successful years.