Mayor Allender: ‘I am committed to us’ 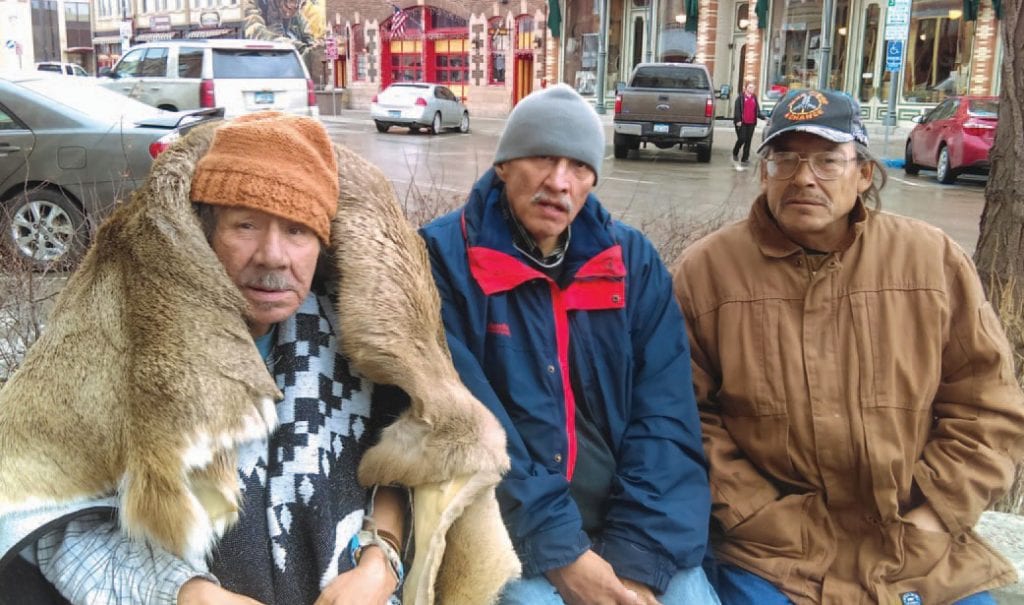 RAPID CITY –– The mayor of Rapid City wants to bring together a group of Rapid City citizens in hopes of keeping the downtown area safe for business owners, shoppers, tourists, and the Native American homeless population.

Mayor Steve Allender has been placed with the responsibility of forming the Downtown Security Task Force, which according to the City of Rapid City website, “The purpose of this Task Force is to review options for increasing security in Downtown Rapid City. Representatives will join Mayor Steve Allender, City Council representatives, and community leaders in regular working sessions.” 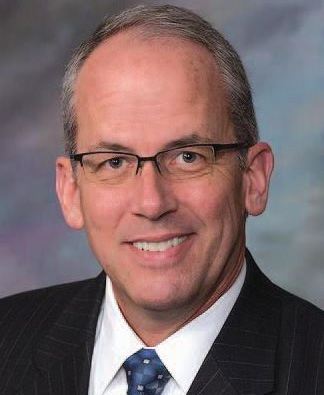 Native Sun News Today interviewed Mayor Allender on this yet-to-be-formed task force which has an application deadline date of Friday, March 31, 2017. These questions are presented in question and answer form as follows:

Q: Can you discuss the need for such a group? What are the goals and time needed to accomplish those goals?

“The need for a Downtown Task Force is debatable. The fact of the matter is, the City Council desires that the group be formed in order to look into the security problems in the Downtown area. After the Council voted to establish a task force, I went to work gathering information from other communities who have experienced the same type of issues. There’s a strong focus on “downtown ambassador “programs.

“I believe that the goals of the group are to allow a cross-section of our community to achieve understanding of the problems and the origin of the problems. Once this has been accomplished, the task force would provide its thoughts and any recommendation to the Mayor’s Office, who will then pass it on to the City Council. There’s no guarantee that the findings of the group will be implemented. The City Council is responsible for the policy of the City and the Mayor’s Office is responsible for the deployment of personnel. Even though this is a decades old issue in our Downtown area, a fresh set of eyes and new ideas are welcomed.”

Q: Based on your experience, first as police chief and now as mayor, what changes have you seen in the downtown homeless population over the years?

“Based on my experience, I have not seen a recognizable change in the homeless population in Rapid City over the years. The names and faces are different but the issues remain. Statistics tell us that approximately 60% of the homeless populations are Native American. Anecdotal evidence such as observations indicate that closer to 100% of the Downtown homeless are Native American. This is a fact that is offensive to some, but it is after all the truth. I say that without casting judgment on any individual or group.

“It does seem to me that the population affected by poverty or perhaps in other words the “nearly homeless” might be growing. I have no evidence of this at the moment. It could simply be my perspective related to my position as mayor, and the fact that more focus is being put on this in recent years.”

Q: Aside from criminalizing their behavior, what other deterrents and solutions are currently being considered by the City?

“The City is involved in the Collective Impact discussion. I am a member of the Collective Impact Board, as well as the Guiding Council. We are exploring various options that center on providing opportunities, rehabilitation and other treatment that may be necessary to help individuals succeed. Everyone knows that homeless people are not deterred by the law. You cannot lock someone in jail, feed them three meals a day, give them a warm and secure place to sleep and have them view this as a bad thing. The situation can provide a personal crisis for the individual in that addiction withdrawal symptoms are very serious, but still the justice system has little hope of solving homelessness through government sanctioning.

“I am very excited and hopeful that in the next two years there will be a marked improvement in the type and effectiveness of homeless services and of homeless success stories.”

Q: This is a community problem as you stated. Many homeless happen to be Native Americans. You are asking for ALL citizens interested to assist in these efforts. What can tribal citizens of Rapid City provide to the Task Force?

“This is a good question. I am specifically seeking Native American perspective on this task force. Native Americans, like any other group have among its members many different perspectives on issues such as the homeless situation, the criminal justice system and our role as individual community members. I also believe it is safe to say, that City government does not have the complete confidence of the community, especially the Native American members of our community.

Q: What is the most significant need for the city, county and state currently in helping our homeless/addicted/mentally ill population in Rapid City?

“There are many needs. The City, County and State should be working together whenever possible, whether it be strategizing or implementing plans related to human services.

“Ultimately, once plans are in place, a strategy has been defined and there is a clear path to improving services and success, then the issue will come down to money. I think there are generally two schools of thought on funding for this type of initiative: government funding versus private funding. The government appears to be the most logical agency to fund homeless programs; however, believe it or not, government funding is limited. Plus, the 72,000 citizens in Rapid City, or more specifically the 55,000 adult citizens in Rapid City, will have an opportunity to weigh in on whether taxpayer funds should be used for homeless rehabilitation and if so, how much should be used. As you know, we are in conservative country in Rapid City and there are strong opinions on this issue. While I can make a case for a stronger economy based on homeless rehabilitation, this issue will continue to be controversial.

“I believe homeless rehabilitation services should be funded largely with private funds. If every adult citizen in Rapid City were to commit to giving $.50 per day it would generate over $10 million annually that could be used to rehabilitate homeless individuals. The benefit of private funding is twofold: one, it does not involuntarily commit taxpayers to finding something that they may not believe in, it also gets every citizen on the team, doing their part to make Rapid City a better place. Fifty cents per day is a very small commitment for most of us. It is equivalent to a cup of McDonald’s coffee. Fifteen dollars per month from each of us, although idealistic, would lead to a marked improvement in the community fight against homelessness.”

Q: Elections are coming up in Rapid City, including mayor. You have made tremendous strides in working directly with Native American citizens and tribal members. If re-elected, what would you like to see done in continuing and building upon those efforts?

“First and foremost, I will not politicize Native/white relations in Rapid City. I will not participate in tokenizing or otherwise exploiting any group of people, especially Native Americans. I believe what is needed is an open, honest conversation focusing more on the big picture. In the past, many issues, small in scope have come to the forefront: an insult on a Facebook post, tweet, and some individual making a statement that outrages the native community. All of that is completely understandable, but those are symptoms of something greater. I would like to understand and participate in a holistic perspective, a community perspective that teaches, encourages and promotes treating all people as equals. I assume, and I believe I am safe assuming that this perspective would be of interest to the Native community. Mitakuye Oyasin is a statement that has meaning both to Native and Non-Native people. This particular statement “all my relations” has encouraged me to pursue equality among people, red yellow black or white. We are brothers and sisters. I believe our grandchildren can live in a community where we do not equate the quality of a human being to their race or background.

“Specifically what will I do? I will keep an open mind, honest speech and a willingness for us all to work together to make a better community. I also believe that Rapid City is a perfect location and has a perfect history to participate in, facilitate and promote a leadership forum targeting Native American leaders and emerging leaders. This would be a cooperative effort whereby Native Americans will be encouraged, and prepared to take on the issues within not only the Native community but in the entire community. This may be a starting point for encouraging and preparing Native Americans for public office and other influential positions within the community. I don’t have the ultimate answer on the tip of my tongue, but I know that we have potential to make Rapid City the best it can be and a good example to other communities nationwide.”

“I am committed to us,” closed the mayor of South Dakota’s second-largest city.

For more information and to apply for the Downtown Security Task Force, visit www.rcgov.org/departments/ mayor-s-office-citycouncil/ city-seeks-interest-fordowntown security-taskforce 2616.html. The mayor’s office also has paper copies for those who want to apply by way of written application.