Media struggles over when to call a lie a lie 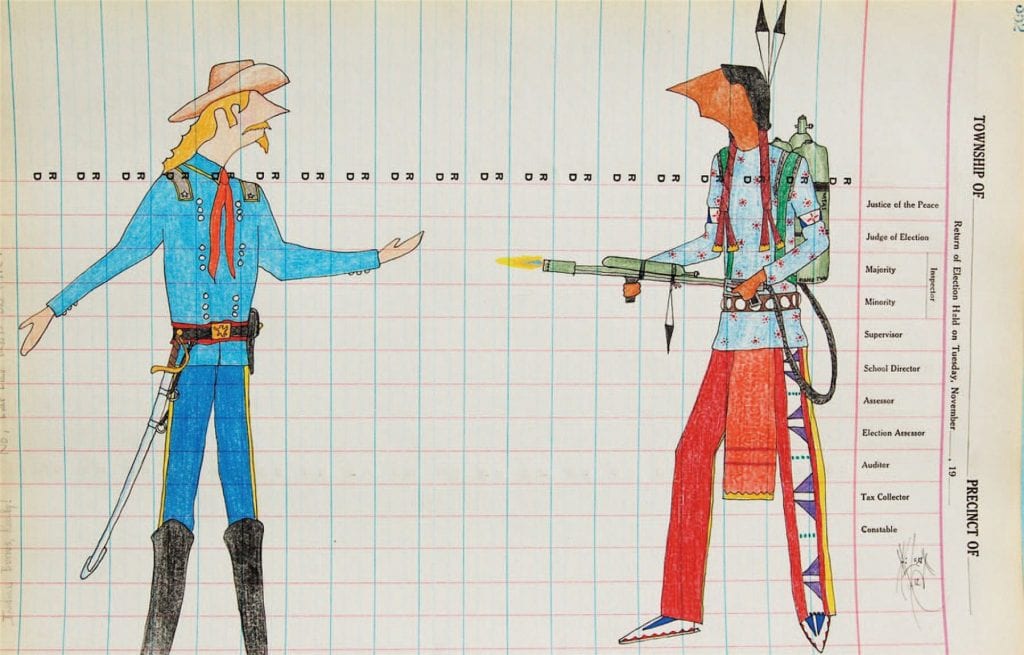 One of the most serious of crimes amongst the Lakota and other tribes of the Plains was lying. A lie could bring harm to an entire village. If a warrior engaged in a lie that the tribal council found very serious, that individual could be “banished” from the tribe.

Back then “banishment” was almost akin to a death sentence. Where can one go if he or she is no longer welcomed as a member of the tribe? Several years ago Indian Country Today newspaper published an editorial suggesting that those individual members of a tribe caught and convicted of selling drugs on the reservation should be “banished” for life. That would certainly cut down on the drug problem.

How can a responsible and honest Republican stand by and say nothing about his lies? By being silent they are condoning his lies. Why did millions of Christian Evangelicals close their ears and open their wallets when Trump said that as a star he could do anything with a woman including kissing her and grabbing her by the “pussy?” Is the entire Republican Party nothing but a bunch of hypocrites?

Their religious versions of morality, from abortion to the LBGTQ community, will soon be shaped into laws that will force those same hypocritical values upon all Americans whether they are believers or not. The governor of South Dakota just signed a law forbidding members of the LBGTQ from adopting children. South Dakota is the first state in the Union to legalize this religion-based theory of discrimination against an entire group of people. South Dakota tourism may take the first hit for that act of religious hypocrisy. This state thrives on tourism. He bragged and lied about how American steel would be used to build Keystone XL Pipeline. Wrong, Keystone XL is exempted from buying US steel. It will use steel from Russia instead.

When a political party condones outright lies and discrimination where are we headed as a Nation? The very Bible they are thumping every day pointing out the lies and foibles of others needs to be reread by all of them. No matter how you couch it, a lie is a lie is a lie! And Donald J. Trump is now the king of the liars, or to the Republicans, the President of the Liars. In fact he is the liar-in-chief.

When they attend one of his briefings they have to stand back because his Pinocchio nose is so long it is a dangerous weapon. But what is a little whopper among friends? His lie that was a direct insult to the former President of the United States about “wiretapping” should have unmasked Trump for what he is, but instead the sycophants tried to cover up this lie with their own lies.

We once knew a lady whose favorite word best describes those people surrounding Trump: That word is obsequious, and it perfectly describes the knee-bending, ring-kissing, apple polishing, brown-nosers who make up his followers and cabinet. There are going to be a lot of broken noses when Trump finally falls on his face.

All we can say is “keep the faith” but not the same faith as the Evangelicals who have sold their souls for a few pounds of silver and a pat on the head.

The Lakota People saw a lie as one of the most damaging of crimes and we were called savages and heathens. What does that say about the Christians who worship at the “Trump Tower of lies?” Oh, never mind, his lies are just locker room talk. And the fire you see in his pants is only an illusion.

(Contact the Editorial Board of Native Sun News Today at editor@nsweekly.com)