Mni Wiconi: why it works and how it started 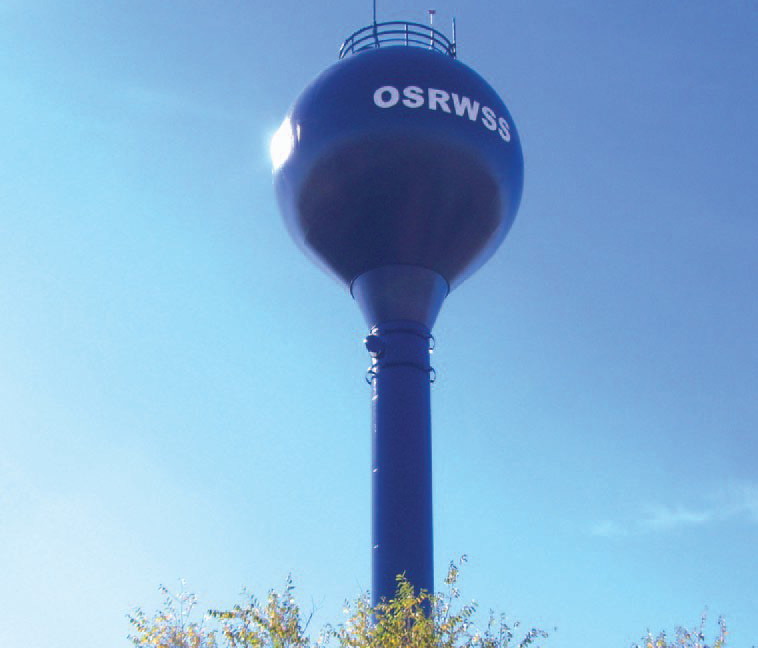 RAPID CITY –– For thousands of tribal members across West River, Mni Wiconi has brought clean drinking water, including water to the Prairie Wind Casino and the new nursing home south of White Clay, without which, neither would have ever existed. But most of us have no idea how Mni Wiconi started, who supported it, who opposed it, and exactly how the system works.

NSNT: What is the Mni Wiconi Act?

The MNI WICONI ACT (P.L. 100-516), was a $65.5 million rural water authorization Act that was passed by Congress and signed by President George Bush in October, 1988. It authorized the planning, design and construction of the Oglala Sioux Rural Water Supply System (OSRWSS) and a non-Indian rural water system called the Lyman-Jones/West River Rural Water System (LJ/WR).

The LJ/WR, RRWS and LBRWS also interconnect to the OSRWSS core pipeline. All together the whole four rural water systems authorized by the Mni Wiconi Act consists of approximately 4500 miles of pipeline. The Act authorized the largest rural water project in North America.

NSNT: How did the Oglala Sioux Tribe get involved in the Mni Wiconi Act project?

In 1986, I read an article in the Rapid City Journal that a hearing chaired by Senator Wallop of Wyoming was going to be held at Kadoka on a non-Indian water project. I suggested to Tribal President Joe American Horse to send the Director of the Tribal Natural Resource Department, Wayne Whiteface to the hearing to determine how the project would affect the Oglala Sioux Tribe’s treaty water rights in the Missouri River.

Tribal Council member Frank Means also attended the hearing and reported to the Council that the LJ/WR representatives would not oppose the Oglala Sioux Tribe’s participation in the LJ/WR project. A motion was made by council member Ted Means to refer the matter to the tribal attorneys to determine if the LJ/WR project would after tribal treaty water rights in the Missouri River.

Since there was no potable drinking water on the west end of the Pine Ridge Reservation, and people living in that area were carrying water in buckets and cream cans to their homes on a daily basis, I suggested to President American Horse that the Tribe consider participating in the LJ/WR Project if they would agree to some questions. Would they agree to allow the Tribe to interconnect to their system? Would they agree that the Tribe could own and manage its own system?

President American Horse said to go ahead and ask the WR/LJ representatives the questions, so I contacted their engineer John Madden and he agreed to all of my questions. I asked Mr. Madden to send me a copy of their proposed bill and drafted the Indian language for a revised bill. Under the revised bill, the core pipeline was a part of the WR/LJ system and the OSRWSS would interconnect to it.

Thereafter, I traveled to Washington, D.C. with Vice-President Paul Iron Cloud and Council member G. Wayne Tapio and presented the revised bill to the South Dakota congressional delegation and that is how the Oglala Sioux Tribe’s involvement in the Mni Wiconi Act got started. John Mousseau suggested later that the Act be called the Mni Wiconi Act.

NSNT: How did the Oglala Sioux Tribe end up owning the OSRWSS Core Pipeline?

In April, 1988, the tribal General Election was held and Paul Iron Cloud was elected tribal president. I was starting to feel burned out after working as tribal attorney from 1978 to 1988, so I resigned as tribal attorney and started handling private cases. In August, 1988, President Iron Cloud called me and said the Tribe really needed my help on the Mni Wiconi Act which was in a conference committee to reconcile the differences between the Senate and House versions of the Act. So I agreed to a special contract to help complete the legislation.

I also made sure to include language in the bill to protect the tribe’s future claims to its water rights based on its treaties, Act of Congress, executive orders, and aboriginal Indian title.

No. The OSRWSS core pipeline uses only Missouri River water. But the Tribal Council decided that the OSRWSS reservation delivery system would use a mixture of 50% ground water and 50% Missouri River water. This is because of the Wind River Supreme Court case where the Eastern Shoshone Tribe ended up with only surface waters when its water rights were quantified.

The Oglala Sioux Tribe wanted to make sure that its treaty water rights to both ground and surface water were protected and included the 50%-50% ground water, surface water mixture in the Final Engineering Report approved by the Secretary of the Interior that was required by the Mni Wiconi Act before federal funds could be used to plan, design and construct the OSRWSS.

NSNT: Were there any problems with implementing the OSRWSS on the Pine Ridge Reservation?

Yes. There were tribal members who opposed the OSRWSS on the basis that it violated tribal treaty rights. In a reservation referendum, the majority of the voters voted against the OSRWSS. But attorney Marvin Amiotte issued an opinion that the referendum was only advisory under Article IX of the tribal constitution since no proposed ordinance or resolution was voted on. So the tribal council continued with the project.

Also, during the Salway Administration, in 1991, Frank Means was appointed as the first Director of the OSRWSS and got the Tribal Council to bring me back on board as a consultant to help implement the project on the reservation. I worked as a consultant from 1991- 1995, and had to debate opponents to the project on KILI radio and at meetings to get people to finally accept the project.

NSNT: Has the OSRWSS been beneficial on the Pine Ridge Reservation?

The OSRWSS has created many jobs over the years, and will continue to provide jobs for many more years. It has generated federal funds for the tribal government from construction excise taxes, TERO fees and administrative costs, and has eliminated many water borne diseases that use to exist. It has also provided good drinking water to many households on the reservation. The Prairie Wind Casino and Hotel wouldn’t exist on the western end of the reservation if it wasn’t connected to an OSRWSS pipeline and water storage tank.

In addition, the OSRWSS has been supplying, and will continue to supply, good potable water to the LJ/WR, RRWS and LBRWS through its core pipeline.

All the construction for both the core pipeline and reservation delivery system have been completed. The O&M of the OSWSS core system at Ft. Pierre operates under its own director pursuant to a cooperative agreement with the Bureau of Reclamation.

The OSRWSS also operates under its own director pursuant to a separate cooperative agreement with the Bureau of Reclamation.

Frank Means has served as the OSRWSS Director for the past eight years who was in charge of the overseeing the construction of both the core pipeline and reservation delivery system, as well as the O&M of the core pipeline. He did an excellent job of closing out the construction of the overall OSRWSS and no longer works as an employee of the Tribe.

NSNT: What does the recent $28 million grant from USDA do?

(Mario Gonzalez practices law at Rapid City, S.D., and is an enrolled member of the Oglala Lakota Tribe. He is the first recipient of the Distinguished Aboriginal Lawyer Achievement award, an international award awarded by the University of Saskatchewan at Saskatoon, Saskatchewan. He is also the coauthor of the Politics of Hallowed Ground: Wounded Knee and the Struggle for Indian Sovereignty (1998), with Elizabeth Cook-Lynn)