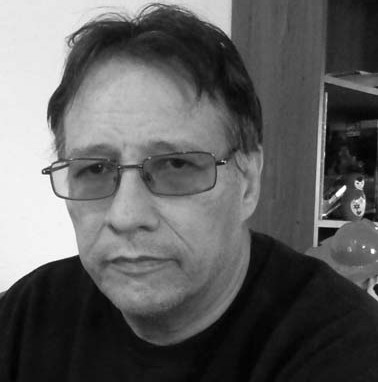 When it comes to wrecking plans, dashing hopes, sowing dissension, the all time heavyweight champ has to be petty squabbles.

Many is the enterprise, which had everything going for it, but the people who shook hands to undertake that enterprise, decided to turn on each other, not only at the critical moment when it would hurt the most, but over the combined weight of nit-picky, thin-skinned wranglings borne out of insecurity and character flaws they should have got a handle on years before.

It could be a business, a marriage, a cause, a family reunion, anything, but there are always enough volatile wild card elements capable of popping any balloon, if people let it.

About a year or so back, tribal leaders met at the Rosebud Casino, to discuss tribal unity, to get every reservation and faction united under one banner—Oceti Sakowin.

The late Elgin Bad Wound chaired that meeting, and he talked about the dream of one people uniting, a single sovereign nation—Lakota, Nakota, Dakota, negotiating from a position of strength, hammering out an accord with the Wasicu that reflected our equal status as treaty signatories. Discussion sometimes got heated, some people left in a huff, when their divisive, beat-a-dead-horse agenda got called out for being counterproductive, and brazenly inappropriate, given the spirit of such a gathering.

In order to move forward as the Oceti Sakowin, wounds must be healed, animosities must be overcome, but the stumbling blocks generally come in the form of wrongheaded, misguided fake chiefs or activists, who hide behind the traditional and sacred, subtlety rewriting history and misrepresenting tradition, to gain the power of personal prestige, and fanned-peacock-tail importance, not the power to make Lakota lives better.

Some are worse than others, so bad they have become caricatures of themselves, but the most dangerous ones are not the blatant, heavy-handed types people see coming a mile off, they are the ones who can hide behind propriety and prestige, by actually having accomplished some good things, but they lack the genuine qualities that make a great leader, genuine kindness, compassion, principle, vision, courage.

They are really good at faking these qualities, for whatever time it takes to dupe foolish people into buying their snake-oil spiel. And the sad part is, more often than not, people do buy into it, so much so these fake leaders become real leaders, they sit on councils and chair committees and win elections and direct important policy.

People never seem to get wise to them, because maybe they see their own petty underpinnings reflected in bad leaders, maybe they never turn on them because to do so, would be to turn on the scheming weakling that looks back at them from the mirror every morning.

The Wasicu is a formidable enough adversary to face as a strong, determined, united people, but we will never be able to even put up our dukes against him, as long as we continue to eat our own young, as long as we let petty squabbles, and fake chiefs decide who we are and what we should do to restore our sovereign independence, and chart our own course as a culture and a nation.

At some point the small-minded selfishness has to stop, and the ikce wicasa have to step forward as one champion, and yank the reins back from the posturing, self-promoting opportunists who presently sandbag every well-intentioned effort. Most of us are afraid to step forward, because we see the bad things that happen to those who do, but those people suffer because we left them to fight that fight all on their own. Again, the worst enemy the Lakota will ever have will be you, if you allow yourself to be ignorant and petty and easily duped by ugly people greedy for power.