BY IVAN F. STAR COMES OUT 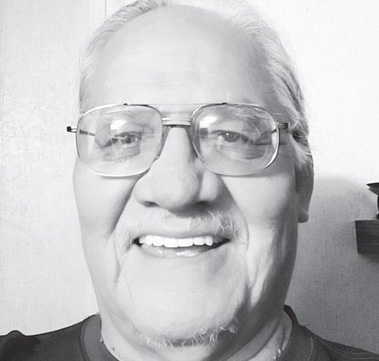 My daughter was returning from Dickinson, North Dakota, on Sunday, 10-9-16, when she experienced chest and shoulder pain while gassing up in Newell, South Dakota. She called home immediately and her mother said for her to call 911. Aware of the costs of an ambulance ride, she decided to go to the Fort Meade Medical Center located in Sturgis, a few miles south of her location.

Later, she called again and said the EKG indicated her heart was not the problem. However, her glucose level was extremely high. The ER physician administered an insulin injection and took readings until her glucose level came down. My daughter is not a veteran but the Emergency Room (ER) very humanely accepted her and even treated her without question.

I know she will be billed for that visit but as parents we are more than willing to pay and appreciate the care. She was released with instructions to see her provider as soon as possible. She planned to go to the Indian Health Service (IHS) facility the next day. Later that night (11:15 p.m.) though, she took another reading using her mother’s glucometer and found that her glucose level was back up to 300-plus.

She and her mother decided to go to the ER at the IHS facility in Pine Ridge. While the wife prepared for the 48-mile (round) trip, our daughter called ahead to explain her situation. However, the ER told her there was nothing they could do for her there. Having experienced this all of my live, I should have acclimatized to this kind of behavior. However, we were all stunned. We discussed our possibilities. The IHS facility in Rapid City is an hour away. We knew the Contract Health program (IHS) will deny coverage if she went to any other facility without a referral. So, as seasoned diabetic parents, we decided to “treat” her with our own medical supplies. We followed the VA’s earlier treatment by giving her another 10 cc of insulin and monitored the results.

Her glucose level slowly improved but remained considerably high. We knew she needed to see a specialist but weren’t sure if the IHS facility here in Pine Ridge would be open the next day (Monday, 10-10-16) since it was a federal holiday (Native American Day).

We discussed filing a complaint with “tribal” government’s standing committee that oversees this facility. However, such complaints have gone unresolved in the past and I personally suspect tribal government officials have relatives employed with IHS. Eventually, an IHS patient advocate set up an appointment for our daughter to see a specialist on Wednesday, 10-19- 16.

Meanwhile, we continued “treating” her condition with our own diabetic equipment and supplies. Our daughter prepared to go to her appointment on the 19th but decided to call ahead as she wanted to avoid more frustration and a “bum trip.” We were exasperated to hear the diabetic clinic tell her that they had no record of such an appointment.

Eventually, our daughter got to see a Diabetes Specialist on Monday, October 24, 2016, 14 days from the day she was treated at the Fort Meade VAMC. She is currently under professional care and treatment but our frustration caused by the less than quality health care at the IHS medical facility remains.

The facility experienced a change recently but patient health care and services remain severely deficient. It is a serious anomaly, yet it does not appear to be a priority in anyone’s book. Physicians have been transferred in the past but poor patient services remained unchanged. My long-standing suspicion regarding the real culprit in this abnormality has been stabilized by this recent incident.

First, it seems there is no direct punishment for breaking the Hippocratic Oath here on the Pine Ridge. Malpractice carries a wide range of punishments, from legal actions to civil penalties. Unfortunately, federal IHS facilities appear to be exempt from the law. Historically the Hippocratic Oath is one of the most widely known of Greek medical texts. It required a physician to swear to uphold specific ethical standards. It is now a modern rite of passage for practitioners of medicine in many countries. However, federal IHS medical facilities seem to enjoy a unique immunity from this highly regarded rule.

True we have had problems with some IHS physicians in the past, but I believe the problem is not entirely with them. This continuous problem with quality health care and service seems to originate from ancillary services. Special and mandatory cultural sensitivity training appears fruitless.

I heard a specific racial articulation by a tribally-enrolled IHS employee many years ago. This is an example of xenophobia in the first degree. Obviously, such employees have little compassion or respect for us “Stupid, drunk Indians.” Personally, I believe these specific employees will never accept the fact that they are dealing with human beings.

I am almost certain that the source of our less than quality health care and services is right in front of us. As a life-long resident here, I see nepotism and cronyism in every government entity and facility. It exists within the local Bureau of Indian Affairs offices and on down the hierarchy. State Social Services (a branch office is located on the Pine Ridge) has already been exposed for its racist practices.

Certainly, “tribal” government has been chronically inundated with these unfair and enervating rehearses for as long as I can recall. I believe this is the reason the IRA government has not brought forth prosperity to the home land (as promised in 1935) and medical care and health services remain deficient in quality.

Anyway, I don’t expect anyone to address our family situation. We will cope with it as we have always done. But we did vote for the candidate who would most likely go beyond “looking into” this serious irregularity by enacting stringent legislation dealing with nepotism and cronyism.

We must keep in mind that it is not Congress’ benevolence that keeps earmarking money for this Indian Health Service hospital. It is a treaty mandate. In other words, federal government is obligated by a peace treaty to provide health care and services for the surviving descendants of the aboriginal treaty signers in exchange for millions of acres now comprising several states in the northern Great Plains.

I believe it is the voters who can be sovereign, not government. In other words, people hold the actual authority of government. Euro- Americans have to accept this egalitarian principle before they can respect it. Until that happens, as Oceti Sakowin (Seven Council Fires) descendants, we will continue to endure government abuse, racial intolerance, injustice, and poor health.