Newspapers are the heart of local communities 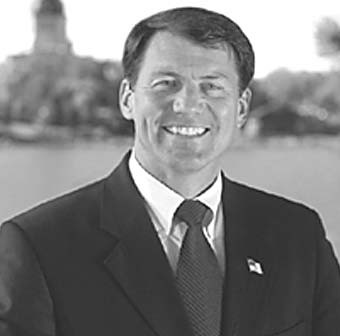 South Dakota’s 126 daily and weekly newspapers are the heart of communities across our state. Local papers play a vital role in keeping citizens informed of what’s happening in their hometown, from decisions being made at city hall to milestone anniversaries and other celebrations within the community. They also allow us to learn and understand events happening across the globe, right from the comfort of our homes. Reading the paper over a cup of coffee each morning is a part of my daily routine while I’m at home.

To recognize the important role that newspapers play in delivering information, the first week of October is dedicated to National Newspaper Week. This year’s theme is “Real News…Real Newspapers,” highlighting the importance of trustworthy, factual journalism and news.

“Real News…Real Newspapers” is a timely theme, especially as more and more Americans rely solely on social media feeds to get their daily news. It’s important to remember that anyone with a smart phone or computer can publish anything they want on social media—it isn’t always true, and is often based on personal opinion rather than researched facts. We hold newspaper reporters to high journalistic standards, and it is important that we can rely on them to write fact-based, unbiased stories. Now, the editorial page is another story! One of the most important duties of all newspapers is to cover elected officials and government decisions at all levels—federal, state and local. As a former governor and now U.S. senator, I have worked with newspaper reporters for years, and I appreciate the hard work they put into covering government. In fact, I invite all South Dakota reporters to join me on a media call almost every week to update them on the latest from Washington and allow them to ask questions on any topic affecting their readers.

A free and independent press is a cornerstone of our democracy. As President Lincoln said more than 150 years ago, ours is a government of the people, by the people and for the people. Our press corps plays in integral role in keeping government accountable and making sure the public is aware of the actions of those they elect.

From the editorial teams covering meetings and events around town, to the publishers, advertising teams, and the folks who wake up early to deliver our papers to our front doors each morning, I thank South Dakota’s newspapers for their tireless work keeping readers in-the-know about what’s happening in our communities, our state, our country and our world.