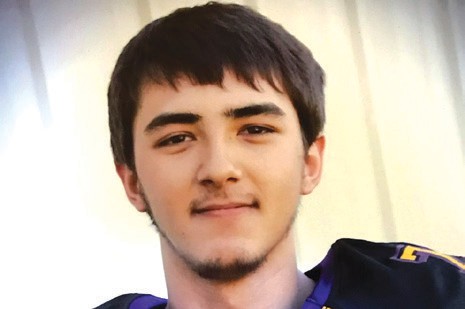 CUSTER — Niko Barnett Johnson “Wambli Ho Tanka”, 20, made his journey to the Sprit World on Sunday, November 12, 2017 at his home in Custer.

Niko attended grade school in Deadwood, Sturgis, and Gillette, Wyo. and attended high school in Custer. During Niko’s school years he joined the football team and received many awards for his athletic capabilities. After high school, Niko attended the Box Elder Job Corps and received training in drywall installation and finishing and upon completion he was Union Certified. During his time at Job Corps, he received the golden perfect student award which means he was at the top of his class. Niko was a cook at Captains Table and worked as a construction specialist at William’s Properties of Spearfish.

Niko’s passion was the outdoors, he loved snowboarding and skateboarding. He also enjoyed making music, rapping, fishing, hiking, rock climbing, and writing poetry. When Niko was in school, he received the young authors award for his exceptional work as a young author. His family traveled to Pierre, where the award was presented to Niko.