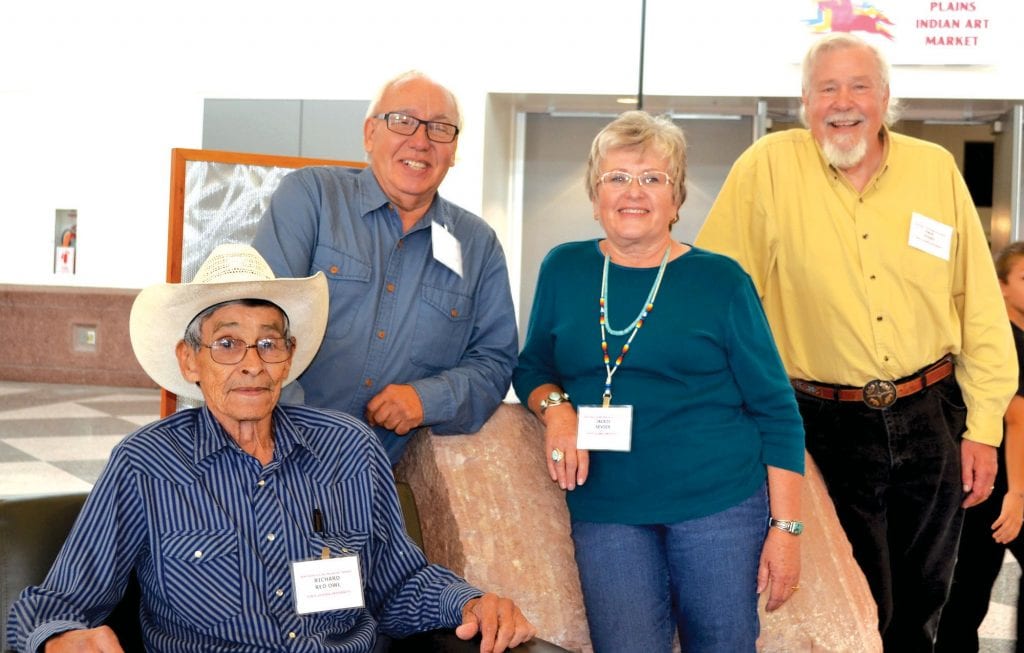 The four artists who participated for 30 years are, from left, Richard Red Owl, Roger Broer, Jackie Sevier and Paul Szabo.

The Northern Plains Indian Art Market kicked off its 30th year Friday, September 22, 2017, with the Juried Preview and Reception held at the Old Court House Museum located in downtown Sioux Falls, SD. The market was held September 23-24, 2017, at the Sioux Falls Convention Center. Sinte Gleska University has sponsored the event since 2004.

This year there were 50 artists from various 35 Northern Plains Tribes at the event to display and sell their work. Jurors judged artwork from 18 categories. This year there were four artists who have participated in all 30 shows since the beginning: Richard Red Owl, Roger Broer, Jackie Sevier, and Paul Szabo. All information can be found on NPIAM.org and on our Facebook page Northern Plains Indian Art Market.