Number of Indian children victims of trafficking is growing 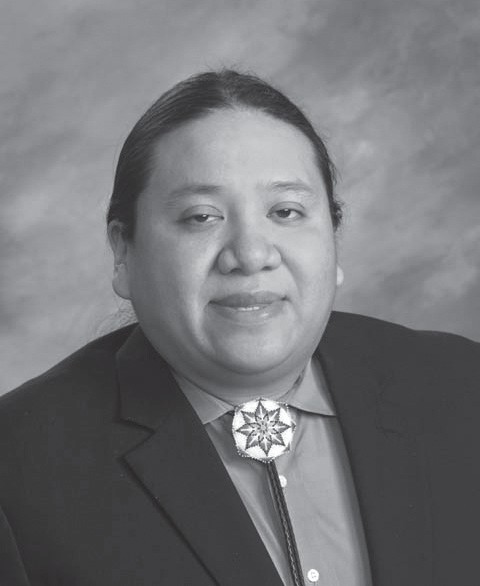 Hau Mitakuyapi! I am honored to represent Bennett, Haakon, Jackson, Pennington and Oglala Lakota counties in our 93rd Legislature. The third week has been filled with long committee meetings and many debates on the floor of the Senate. It’s exciting to see the hard work of the South Dakota state legislature to move our great state forward as we surpass the number of bills produced over the past several years.

With this Friday being the legislature’s deadline for unlimited bill introduction, many senators and representatives, myself included, spent this week finalizing and submitting legislation. Within the party’s focus on education during this session, one bill I’m bringing forward in the senate is House Bill 1221. This bill will include schools on reservations in our state’s list of qualifying schools for tax credit programs, I’m hopeful to get this bill passed.

With more bills being brought forward, the senate committees have become increasingly busy. As a member of the committee on Health and Human Services, I’m happy to tell you we’ve seen some very important legislation this week. Two bills from this committee really stood out to me: Senate Bill 67 and 74. SB 67 makes it possible for victims of child trafficking to apply to have their criminal records removed if they had committed the crime during their time as a victim. The number of Indian children who are victims of trafficking has been growing, and it is our job not only to protect these children from trafficking, but to allow survivors to move forward and succeed in life. I, along with others, recognize that these victims often commit these crimes because of undue influence at no fault of their own.

Senate Bill 74 is another crucial piece of legislation. Current South Dakota law requires a person adopting a child to be at least 10 years older than the age of the child. This bill allows the court to ignore age difference if the adoption is in the best interest of the child. With the high adoption rates in our community, this bill is important in keeping our families together, especially in the case of sibling adoptions. Both bills passed unanimously in the Senate and will move to the House of Representatives in the coming week.

In addition to the bills the Senate has seen this week, there were many resolutions presented on the floor. One significant resolution of this past week was Senate Joint Resolution 1. SJR1 requires amendments brought forward by the voters to receive 55% of the vote rather than a simple majority. If we trust the people to elect us, the state legislators, why are we making it more difficult for the people to make decisions about our state’s laws? South Dakotans are intelligent and informed, and I have faith in our current system. With the passage of SJR1, the voters of South Dakota will see it on the ballot in the next election.

Though the passage of SJR1 was disappointing, there were other resolutions that I believe will benefit our community. House Concurrent Resolution 1002 focuses on improving mental health services on the western side of the state. With Bennett, Jackson, and Oglala Lakota counties having among the highest suicide rates in South Dakota, I feel improvements in our mental health services are necessary, if not overdue. Additionally, Fellow Senator Troy Heinert brought Senate Resolution 1 to the floor. The goal of SR1 was to recognize the 150- year anniversary of the Treaty of Fort Laramie in 1868. I feel this resolution was an important reminder of our state’s past, the progress made, and the steps that have yet to be taken to protect and support our reservations and communities.

As always, please feel free to reach me at 605-454-8105 or kevin.killer@ sdlegislature.gov for any issues or concerns you may have. Pilamaya (Thank you) and it is an honor to represent our great communities.