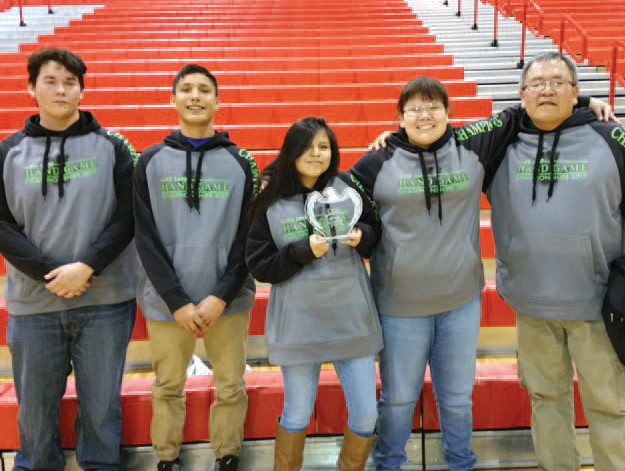 RAPID CITY –– The Oelrichs high school hand game team traveled to Rapid City on Saturday February 25 to participate in the Rural American Initiatives sponsored He Sapa Handgames Tournament. After playing several teams without losing, it came down to playing the last who had lost one game. The Oelrichs team lost the first round then finished up by winning the last game and thereby being awarded the 2017 Championship. The team is: L to R