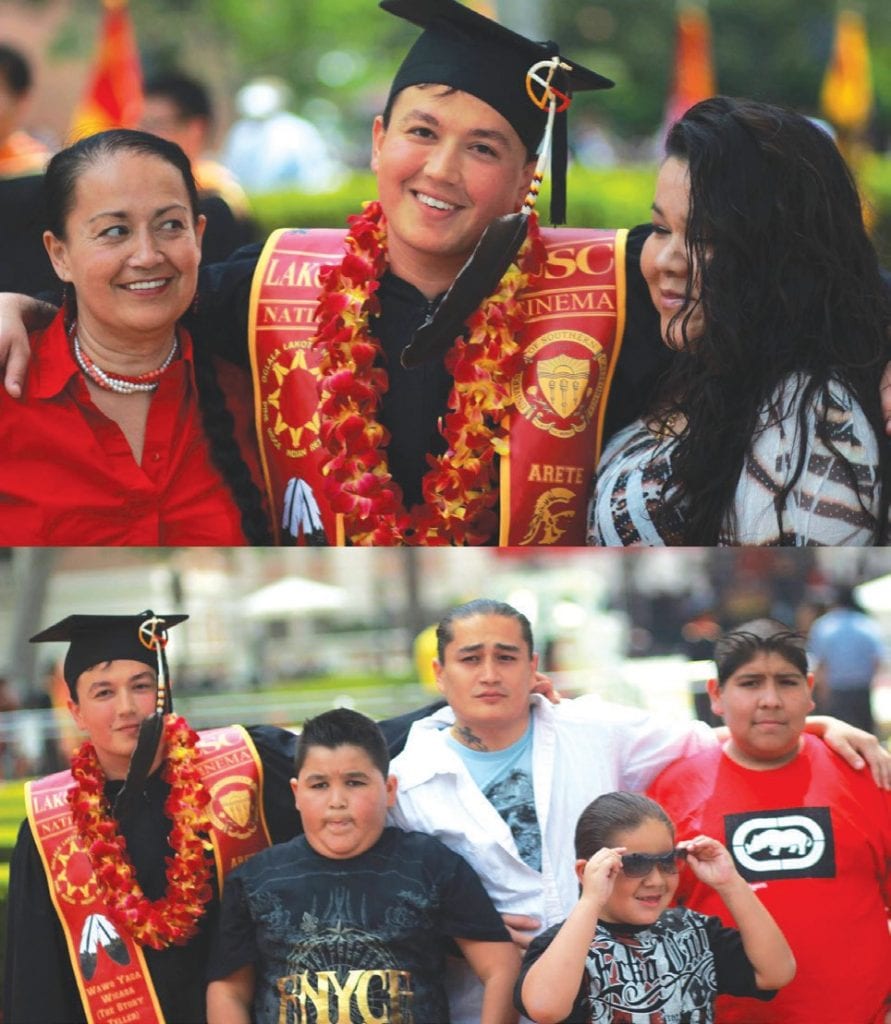 Lucas Brown Eyes loves to tell stories. The youngest of all boys he grew up wanting to be heard and he would tell stories that always left you laughing and forgetting your problems. His grandma, Donna Richardson, who was director of AIM, Council for American Indian Ministry and other Native organizations, became terminally ill when he was very young. She believed if she laughed she would prolong her life. He was intent on making her live forever. Every day the two of them would talk and watch comedy TV shows. This magical time spent with his grandmother turned into an education in humor and her wisdom. He learned his traditions and how to crack jokes!

After his grandmothers passing, his whole family picked up and moved to California in support of Lucas’s dream to have his voice heard in Hollywood. Lucas went to Orange County High School to learn how to create TV shows and graduated with a Cinema-Television degree from the University of Southern California. Since then he has written for TV shows like Freeform’s “Young & Hungry” and Disney’s “KC Undercover.”

In school he was taught “write what you know” and he did just that. By creating a show based on his family. He couldn’t think of a funnier or more adventurous show than one about Strong Oglala women raising all boys. His pilot is called, “Reservations,” is about a Native American family moving off the Reservation to crazy Hollywood. It explores all the hilarious twists, turns, hardships, and culture shock along the way. And despite having “reservations” about moving to Hollywood they prove there is nothing stronger than the bonds of family