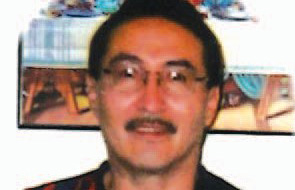 Owen Joseph Patton Jr. was born on September 2, 1955 in Crawford, Neb. to Sara (Hawk) Forney and Owen Patton Sr. Owen, or OJ as he was known to his family & friends, was the first of his siblings. OJ mostly grew up in Scottsbluff, Neb., where he made many lifelong friends.

Throughout his life, OJ worked as a police officer for Public Safety, and a tribal liaison for the Oglala Sioux Tribe. He also worked for the Burlington Northern Railroad and he was an AA counselor for many years. He also worked in Native American Studies for the Neb. school districts, and the governor of Neb. He married Julie Feather and to this union, a daughter, Shauna, was born. He later married Gloria Hernandez in 1999 and they shared their lives until his passing.

OJ was a very kind & loving man who enjoyed life. His favorite past-times were going to the casino and listening to music (especially AC/DC and blues music). OJ was greatly loved and will be missed by all who knew him.