Pick up that book and try to read it

I double dog dare you 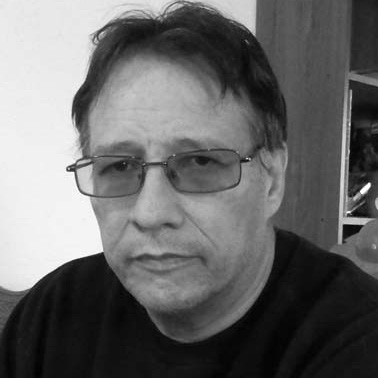 A woman slapped me once, right on the shoulder. She said, “That’s for making me read that entire article in last week’s paper. I hate sports!”

That’s probably the best professional compliment ever paid me. A good writer routinely crafts a column that forces people to finish what they start reading. People keep reading if they are being entertained, intrigued, involved, and so they commit the investment of time and attention without consciously deciding to do so.

When people read something they enjoy, they seldom recognize that it is good because of how it was written, and that it would be good regardless of the topic, subject or story. Even to the extent they like a given writer, people tend to just like them, they do not recognize general patterns that result in excellence, or specific talents that result in a unique writer.

A good writer does certain things to grab and hold your attention. He relies on verbs and not adjectives. He varies the lengths of his sentences, and wherever possible, he applies alliteration to play with your imagination. Such as what columnist William Safire wrote for Vice President Spiro Agnew: “…we have more than our share of the nattering nabobs of negativism… the hopeless, hysterical hypochondriacs of history.”

That is more elaborate than what I usually apply to my writing, but it grabbed people’s attention. It was written for a Vice President who would resign in disgrace, to support a political ideology that unfortunately did not also resign in disgrace. The words had power.

When Jesse Jackson first ran for president he obviously had most of the Black vote—he needed the White and Hispanic vote. Johnny Cochrane was able to charm a critically Black jury with “if it doesn’t fit, you must acquit,” because rhyming sequences matter to a Black audience. They have just the opposite impact on a White audience. The rhymes Jackson liberally applied to his stump speeches killed any chance he ever had of being a serious presidential candidate.

A writer, like a politician, has to have a charm that engages people, even people who hate what he has written. E-mails often assail my columns, and I am called ignorant and stupid, and readers wonder “where is your Lakota mind?” These readers do not realize that the greatest compliment they can give a columnist is remarking on the entirety of what he wrote. A comprehensive condemnation means they read the whole article. I consider that a success. When I get email that compliments or complains about sections of what I wrote, missing the overall point of what was written, I realize it is hard evidence I failed as a writer. My arguments were malconstructed, and so readers were able to cherry pick the parts that mattered to them and ignore the rest. That’s on me, as a bad writer.

A truly gifted writer must carefully choose the topic he writes about, because his writing can upstage the topic he writes about, or can give topics others would fail writing about, a signature zing, that makes them great books. Kurt Vonnegut is a perfect example of this type of writer. No other writer could have written Breakfast of Champions. Not that the story and characters do not matter. A writer is a story teller first, that is job one. House Made of Dawn by N. Scott Momaday ultimately fails as a book, even if it did when the Pulitzer, because the beautiful writing cannot mask the fact the author has no real story to tell.

Bernard Malamud wrote a short novel back in the 1950’s, The Natural. I had never read that novel, but I saw the movie, starring Robert Redford, and was so impressed with the story I ordered the still obscure novel from the state library. It was awful. Malamud had conceived a great story, and compelling characters, but he couldn’t write worth beans. So, too, with an otherwise gifted writer, Elmore Leonard. A great movie based on his book, Hombre, results from a witty, engaging screenplay by Irving Ravetch and Harriet Frank Jr., one that prompted me to again read a book I had overlooked. Leonard’s novel was also awful. Ravetch and Frank had reworked a flawed book they themselves could not have conceived into something better than Leonard came close to achieving.

Great writing is not produced from one style or genre. Readers can be forgiven for not being able to readily recognize a well written book when we are told the greatest novel ever written is Ulysses by James Joyce. Go ahead. Pick up that book and try to read it, I double dog dare you. You will hate me for even mentioning the book.

When JK Rowling submitted Harry Potter to hard cover publishers she was rejected by their first readers. She finally did get published in paperback, and the rest is history. The first readers noticed she plagiarized Raold Dahl, but failed to recognize the simple, abiding charm of her writing. This is what makes the books resonate with the reader, her unique voice as a writer. They could give a rip she plagiarized. They enjoy Harry Potter without even realizing Rowling makes them enjoy Harry Potter.

The editors at publishing houses think they know great writing, but almost none of them are capable of it. They often judge prospective authors by criteria which filters out good writing. Certainly the case with Rowling.

So, Jimmy, you might be asking, you know so much about great writing where is your best selling block buster? And I say, I would love to devote the blood, sweat and tears necessary to craft a compelling work, one highly likely to be rejected by a myopic first reader. What a wonderfully alluring rite of passage.