Politicians and baby diapers have a lot in common 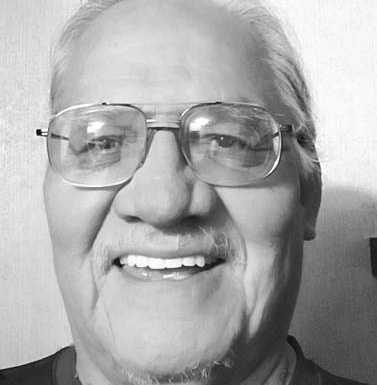 “Politicians and diapers must be changed often – and for the same reason.” I believe this is applicable to the current national political situation. However, we must think prudently before applying

Well, there are a few “tribal” politicians who qualify for

Twain’s quote. But, most of us have relatives that are in government, law enforcement, and education. If anyone is to be scrutinized and bashed, it should be the voter and the federal law known as the Wheeler-Howard

Act of 1934 (Indian Reorganization Act – IRA) and its constitution.

The law and the constitution are inanimate. The manner in which they were deployed by man remains questionable as well as the voting population’s inaction. We reason are in this needy and dependent state is “not because of the acts of evil people, but because of the appalling silence of good people” (Martin

For sure, we cannot instantly return to the original Oceti

Sakowin (Seven Council Fires) system of government. Don’t get me wrong, I want to see the old system come back too. However, the obstacles, from the federal government as well as the Oceti

Sakowin descendants themselves, are overwhelming. Specifically, we do not know how to come together, e much less to work together… anymore. Meanwhile, we continue to survive under the paternalistic congressional law known as the IRA. It was also called the Indian New Deal shadowing President Franklin D. Roosevelt’s economic recovery plan. However, Pine Ridge has not experienced economic success as promised in 1935. Socio-economically, we are still experiencing the Great Depression of the 1920s.

Traditionally, if tiospaye leaders disagreed with a measure before them, they simply stayed away from any gatherings called to address the issue. This occurred during the election for the IRA clearly indicating that it was precluded in the hearts and minds of the majority. Nonetheless, the few that did vote were counted. The fact that this event was obscured by the government is proof of its own dishonesty.

The government’s hazy activity did not begin there. For one, the IRA’s voting bloc was reduced on June 15, 1934 to “Total votes cast shall not be less than 30 per centum of those entitled to vote.” The “Indian” voters of the time were not aware of this amendment. Despite its questionable election procedure, Congress adopted the IRA, “as is,” on June 18, 1934.

In other words, the participating voters on the Pine Ridge (and 6 other reservations) did not meet the amended “30 per centum” rule. Although the Majority Rule principle was met, only 28.7% voted in the election to adopt the IRA, even with a large number of non-Lakota men voting in the election. Almost immediately, a constitution was drafted and promoted on the Pine Ridge and the other scattered territories of the Great Sioux Reservation established with the 1851 Fort Laramie Treaty. The December 14, 1935, Secretarial Election met the condensed voting requirement and the constitution was approved with a vote of 1,304 to 1,041 on January 15, 1936.

This political shadiness appears in a local 1935 newspaper ad. “Think Wisely! How can we succeed without a constitution and by-laws under the Indian Reorganization Act? If you vote NO – Dependency! Incompetency! Powerlessness! Landless! Homeless! Continued poverty! If you vote YES – Organization! Credit! Industry! More Land! Better homes! Prosperity! SUCCESS!”

The ad continues with, “Ask your children which they prefer, future prosperity or continued poverty! Shall they profit or shall they suffer! Let them decide how you shall vote on December 14, 1935.” The only identify marking on the ad indicates the Shannon County News (1930-197?). The paper was also known locally as the American Indian and Eyapaha Wakokipesni (Fearless Crier/Announcer).

As evidenced today, the constitution did not produce the anticipated results. Instead, it proved beneficial for a few while it established (and still maintains) a weakening dependency among the majority. Voters and politicians alike must “see” that this “lifestyle” is not normal. People must concede to the fact that the key to getting rid of this 80-year old socio-economic quagmire is their vote.

Meanwhile, community discontent persists. Grievances and protests directed at “tribal” government are increasing in frequency. A common complaint is the size of the tribal council. The standing reasoning for reducing it to one representative per district is money. The money saved could be applied to other needs. Many say elected officials ought to be paid a stipend per meeting plus required travel.

Another objection is directed at term limits. Since the 70s, several politicians have made a career out of politics. These career politicians have used this as campaign fodder and successfully held their positions. Twain’s “politicians and diapers…” quote certainly applies here. Keep in mind that the overall poverty remained the same for the majority while only a few families and friends continually benefit.

The “tribal” constitution does not stipulate term limits for any office. To place a limit on terms requires amending the IRA constitution via a Secretarial Election which the tribal council has to approve. The few career politicians may not be eager to call for such an election since it will affect their salaries.

A well-planned and properly executed petition from each district asking for a referendum to amend the constitution could encourage council action. Also, a district resolution requesting a Secretarial Election could help. Let us understand that our ancestors were sovereign 80 years ago and we (today) are not. This IRA system has made us pitifully dependent.

Lastly, I hear people saying that we should look for and find good things for ourselves. Also, “Let go of the past and move on.” I believe learning about the history of the IRA and our treaties, culture, and language is the most constructive thing we can do for our future. Anyway, we cannot truly move on as a culturally distinct group of people unless we are aware of our past.