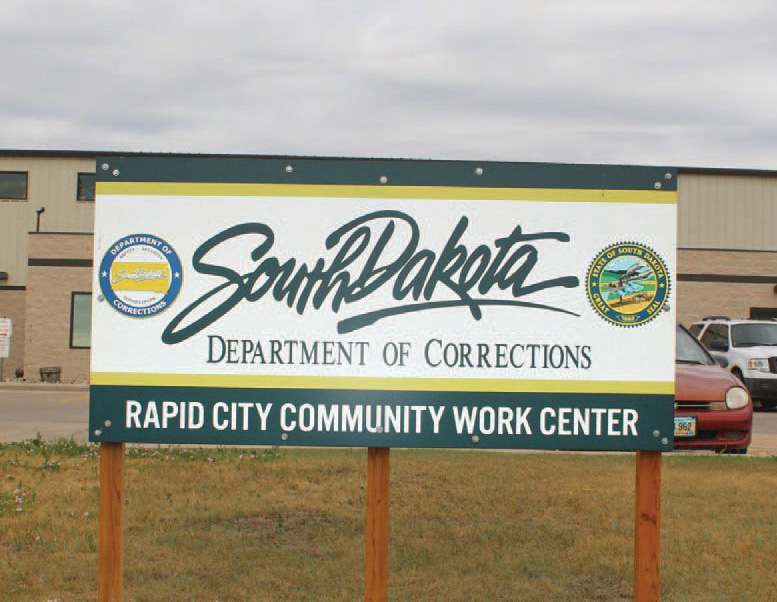 A number of inmates who participate in the Lakota Council of Tribes Spirit Council at Rapid City Community Work Center have alleged that the minimum security unit is interfering with religious ceremonies.

In a letter to the editor in last week’s issue of Native Sun News Today, South Dakota Department of Corrections (SDDOC) inmate, Chad White Feather, alleged the minimum security unit was prohibiting use and access of spiritual items for ceremonies.

White Feather identified himself as a pipe carrier for the Lakota Council of Tribes (LCT) Spirit Council. LCT is made up of inmates at the Rapid City Community Work Center minimum security unit to deal with Native American issues and concerns within the unit.

Native Sun News Today contacted and received in return an email from Michael Winder, SDDOC Communications and Information Manager, regarding the allegation made by White Feather, a spiritual leader of LCT. The email explained the role of prison officials and rules regarding ceremonial materials. The email states,

“All of the DOC facilities have the same rules in place. Those rules include acceptance and approval of donations in advance from an approved source such as a medicine man, tribal liaison or a volunteer who has completed the necessary training and provides worship and instruction, pastoral care and administration of religious activities.

“Donations from unauthorized sources do not comply with established security guidelines and are not accepted.

Native Sun News Today interviewed SDDOC Deputy Warden Jennifer Dreiske regarding the claims made by White Feather in his letter to the editor.

Regarding the allegations made by White Feather about the possible discrimination within the Rapid City Community Work Center, Deputy Warden Dreiske told NSNT, “I can’t speak as to why he is feeling the way he is. It would only be fair if he had that opportunity to speak. As soon as I read that article, I did contact the cultural activities coordinator in Springfield who oversees the Rapid City unit just to make sure we are following the same procedures across the state.”

“Some of the concerns he (White Feather) brought up were with the botanicals. I’ve even participated in going out and getting the sweet grass and sage myself. So, it’s working with authorized folks to get those items. We don’t allow families or friends to just drop anything off at the front door. Everything has to go through a process,” said Dreiske.

She confirmed individual inmates can order personal-use botanicals on their own from approved businesses such as Prairie Edge in Rapid City.

In White Feather’s letter to the editor, he named five prison employees specifically who were “constantly denying” traditional medicines to inmates. White Feather named “Mr. Cox” as a prison staff member who denies “any and all donations”.

When asked about Mr. Cox, Deputy Warden Dreiske responded, ‘I have not met Mr. Cox so I don’t know what role he plays and I apologize for not having that information. I don’t know if botanicals were dropped off by a family member and Mr. Cox said ‘No, you’re not getting these and that’s where he’s (White Feather) upset.”

A concern of the SDDOC and all correctional facilities would be the flow of items in and out of prison doors. “One of the big reasons we don’t let stuff be dropped off at the front door is, when you make an exception for one, you have to do it for everyone. The contraband would be unmanageable. To keep everyone safe and to keep everything consistent, that’s why we go through these proper channels,” confirms the deputy warden.

White Feather claimed LCT needed help in acquiring the sacred medicines and related items. “We need all the help we can get because we don’t get state dollars for any religious programming. We do rely on the donations of the community. Mary Montoya is the main volunteer that we have for the Native American population… She purchases whatever is needed; whether it is rock or wood for the inipi,” Dreiske said over the phone interview with NSNT.

“The one thing that we really, badly need is to figure out how do we help these guys when they get out. We are finding out that in corrections we have all these religious activities, just in Sioux Falls alone, we have over one hundred religious activities a week. The guys are used to having these inipis weekly and then when they get out, they don’t have that. They don’t have a weekly inipi in Sioux Falls or wherever they parole at. So, that’s where our wish list is. What resources can we help with for their spiritual needs when they get out,” Dreiske says of her concerns of released or paroled inmates.

“I found that talking to guys, that just having that inipi just to get rid of all of that prison energy so they can start over and move on.” The deputy warden asked the community to reach out to prison volunteer, Mary Montoya to help in finding resources; rocks, wood, sweet grass, sage and other items used in traditional tribal ceremonies.

In his letter published in NSNT, White Feather claimed he was being denied parole because of his confrontations with prison staff regarding access to ceremonial items.

Regarding this allegation, Communications and Information Manager, Michael Winder told NSNT, “In the parole system, every inmate is given an individualized program directive (IPD); that sets out everything that needs to be done once all the assessments are done. Part of that IPD is ‘this is what you’re going to work on while you’re incarcerated.’ If you come in without a high school diploma, one of the things you’re going to be required to do is to begin working on your GED.”

“So, you got these different requirements and if you’re compliant with your IPD, you don’t even see the parole board. Parole is not discretionary. What I’m getting at is there is something else in his record that would cause somebody to not be compliant and meet their parole date… I’m a little leery about how he said that,” said the communications and information manager. “It doesn’t happen that a staff member is upset with you. They would look at the entire institutional record.”

“Mary Montoya is who they should be working with, or Nicole St. Pierre, she is the cultural activities coordinator.

She is stationed in Springfield. She works with the staff to make sure their programming needs are met for every religious and spiritual group out there (Rapid City),” recommended Winder.

The deputy warden continued, “I sit on a national board with different religious directors for the other state correctional agencies. I have come to find out that what we do to accommodate the Lakota population here in our system, is quite extensive from other states. I found out there’s no wacipis. A lot of places don’t have inipis. You have to actually prove that you’re enrolled before you can participate in ceremonies, which I think is ridiculous.”

Dreiske believes in the importance of spiritual and religious practices in South Dakota correctional facilities. “The idea of having botanicals anywhere (in other prisons) is not accepted. In some places, you’re not even allowed to burn botanicals for smudging. There’s no spiritual conferences. There’s no canupas. I think it’s crazy what the other states don’t allow.”

“I keep stressing to the guys that the things that we have here is pretty awesome compared to what other agencies don’t provide. Spirituality is really the key for everyone, I think. I believe whole-heartedly, spirituality is what gets us through our darkest times and provides that hope,” closed Deputy Warden Dreiske.

Native Sun News Today sent Chad White Feather a letter for an interview to get more information regarding his and the Lakota Council of Tribes allegations against prison officials. This interview will be published next week.