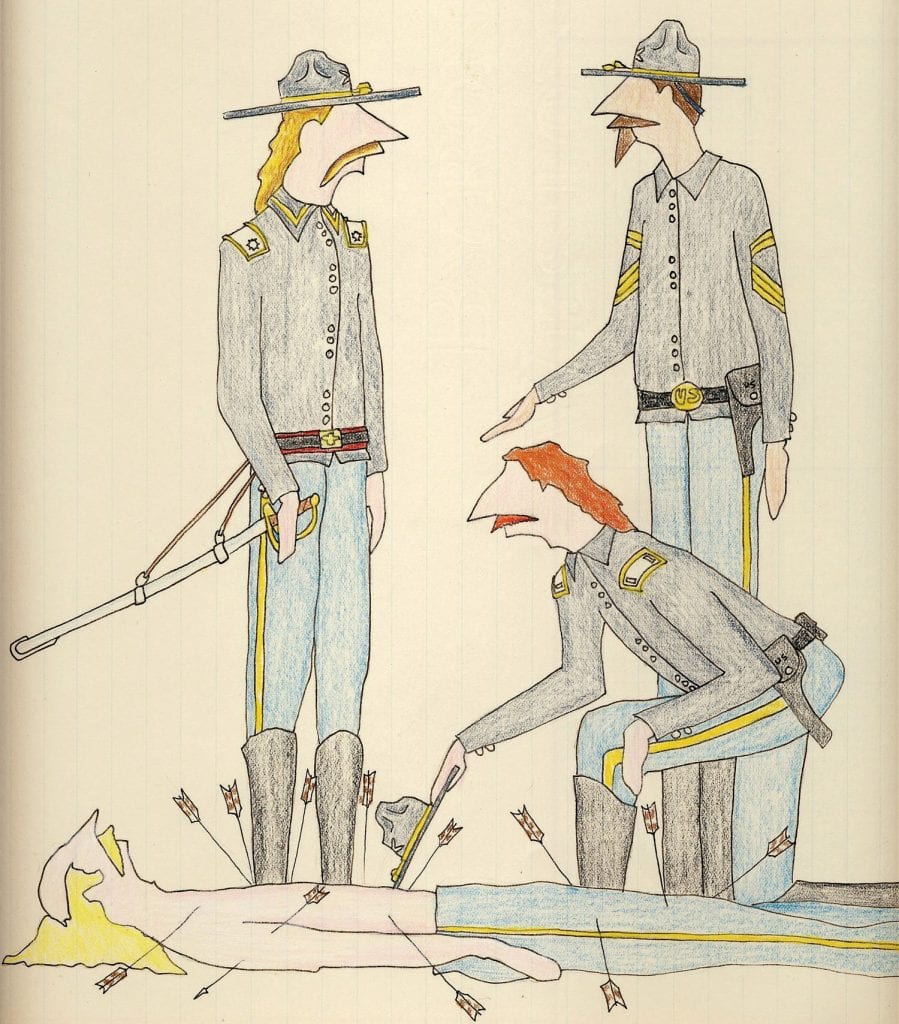 Don Barnett, the former mayor of Rapid City, loved a verse from the Broadway musical, South Pacific. It was sung by Marine Lt. Joseph Cable:

Barnett recalled the verse vividly the day after the tragic June 9, 1972 flood in Rapid City while he was the mayor. The flood resulted in 238 deaths and destruction of 1,335 homes. Many of those losing their homes were members of the Oglala Sioux Tribe and other Lakota tribes. Because of the racial bias of many landlords the only houses the Indian people could find were on the banks of the Rapid Creek. This is where much of the destruction occurred.

Mayor Barnett asked for all of the motels in Rapid City to provide lodging to those individuals who lost their homes. He was totally shocked when he discovered that many of the motel managers would not open their doors to the Lakota people. This is when the verse from South Pacific came to his mind. He ordered them to open their doors or face extreme penalties. It was only then that most of them complied.

This terrible incident comes to mind because of the recent acts of racial prejudice displayed by some high school students living in Sturgis. With a homecoming game scheduled between Sturgis’ Brown High School and the Pine Ridge High School Thorpes, a few white students took it upon themselves to revive and old tradition of bashing a beat up car with sledge hammers except this time one of them had written “Go back to the Rez” on the car. A #f- – -kridge was also written on the car.

There was of course a justifiable uproar in Indian Country. A letter of apology was sent out immediately by the superintendent of Sturgis Brown High School and action against the perpetrators of the bigoted display is planned.

It would be nonsense to blame an entire community for the actions of a few irresponsible students but some of the Lakota residents of Sturgis visiting coffee shops and restaurants the next day saw very little remorse amongst some of the lifelong residents of Sturgis. They seem to have brushed it off as just another teenage prank. But the undertones of racial prejudice written into the message displayed by the students was taught to them over the years and it had to be “drummed into their dear little ears” by their parents.

If anything of value comes from this racist incident we hope that is one that opens the eyes and ears of all white residents of South Dakota that points out the underlying racial prejudice that has surfaced since the election of Donald Trump. If the President of the United States can condone racial discrimination against Muslims, Hispanics, Blacks and American Indians in the open, is it any wonder that impressionable children will get the wrong message from it?

If the meantime we cannot have a “back to work as usual” attitude lessen the importance of this disgraceful display of racial prejudice. Lessons must be taught in the Sturgis school system about why these actions are intolerable. “Love thy neighbor” are words written in the Bible that most Sturgis residents read every Sunday. Your neighbors are the Native Americans that make up 20 percent of the population of Western South Dakota and it is about time to live up to the edicts of your Bible.

(Contact the Editorial Board of the Native Sun News at editor@nativesuntoday. news)