Racism through the eyes of Harper Lee 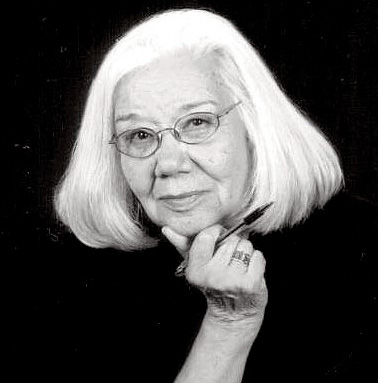 So; we are concerned about Racism in Rapid City? What have you read lately to add to the discussion we are having? GO SET A WATCHMAN should be on everyone’s list.

It seems the history we share is not a final reckoning nor does it always provide the answers we seek. Looking at this new fiction by Harper Lee, I’ve concluded that we have allowed ourselves to accept the fantasy story of her previous book TO KILL A MOCKING BIRD about racism in the south as a helpful guide. It was a feel-good story of a courageous lawyer and an exemplary father, Atticus Finch, who successfully defended a black man in the south accused of rape in the face of mobs in the street and pervasive injustice. We loved it! It became a high school classic in literature classes.

Harper Lee’s new book GO SET A WATCHMAN, which I have just finished, says “wait a minute”. Atticus Finch is not what he had seemed to be.

The new book tells us that such lawyers and fathers as the fictional Finch of Mockingbird fame have failed the people of the idealistic next generation like his daughter, Scout, and the rest of us, too. This new tale suggests that Racism in the south (and probably in any part of the country, even in the lily-white towns of South Dakota and Iowa where Indians have been historically moved out of the way of white progress) is not a new thing. Racism is not a new presence. It has been with us from the beginning of this country. And it is still with us.

When events happen that shake us up, (as the protests of the early summer here in our town reveal), we are given to defensive anxiety, and we start calling community meetings. There have been a number of “diversity” and “cultural tolerance” meetings recently. We are calmed for the moment, now that the “Indian Lives Matter” signs are gone and people are no longer in the streets, and a young Lakota student has been appointed by the Chief of Police to talk to all of us about cultural diversity. We can go back to our lives as passive participants in endemic injustices after what promised for the moment to be a dangerous distraction. We get together and talk and eat at events sponsored by groups with institutional “funding”. We are relieved that “protesters” have been quieted, and more meetings will be scheduled.

Are there any real and lasting solutions? A look at this new book by this southern writer who knows something about endemic Racism in a particularly notorious historical region might shed some light on the community we share here so that we can know ourselves better. This place was described a couple of decades ago by a native lawyer here as “the Dixie of the North,” and I agreed with him. Nothing much has changed. That seems to be the message, also, of Harper Lee’s new book. If one wants to argue that point, there is room for that, because, in truth, there is ALWAYS change in our lives and in our communities and our histories. What change is evident? Is it what we are seeking? Or is it just some kind of PR?

The point is, comparative views of regional histories are illuminating. The new Watchman story says that our hero Atticus Finch is not what he seemed. He is, in fact, a flawed racist father revealed finally as a segregationist and former Ku Klux Klan member who says to his daughter, “Honey, the Negroes here are still in their childhood. Do you want Negroes by the carload in our schools and churches and theatres?” He badmouths the NAACP and suggests that the White Citizens Council he belongs to is made up of “basically good people”. Does this sound familiar?

We find excuses for the “good people” among us. Besides, we say, this novel is just a story. It’s fiction. And 1950 or 1960 or even 1930 is not 2015. A closer examination of the conversations we have about Race in this country might not get us to that conclusion. Looking honestly at what Lee has to say, we ask: what is it about the new Harper Lee story that is so disturbing? One thing about it is clear: she says the past is not filled with revered heroes even as we uncritically name mountains for them and wave their photos during the parades and make movies to show our children what to admire.

For some there is the need to grasp the legal matter of any community. For some it seems that The Law developed in this country has always been in favor of Whiteness, Christianity, Capitalistic Economics, Retaliatory War, Slave Peonage even after Emancipation, and a moral acceptance of Colonial Occupation, Exploitation and Theft.

That seems to be true even of our hero, Atticus, because as a lawyer, he did not challenge the exclusion of blacks from his jury as he defended his client and he did nothing about what has been called the Jim Crow customs of his town. Besides, he was court appointed, not a step-up-to-the-plate challenger of racist law. It may be that he had the need to defend “due process”, not a victimized black man. Lee’s new story, while not overtly pedantic, suggests to some that the denial of the legal and historical origins that Americans accept almost without question, (whether we are White, Indian, Black, or Other), has now reached a national crisis point. The Indian history and law of the 20th century has continued the genocidal past of the 19th century which Helen Hunt Jackson called “A Century of Dishonor”. What can be done about that? Are historical crimes forever omitted from the court docket? The sovereignty of Indian Nationhood is rarely taken up in conversations and is therefore treated as some sort of fairy tale. Perhaps doing the right thing rather than doing what some say is the legal thing has always been fraught with risk and side-stepped whenever possible. There is no question that we as a society have come down on the side of doing the legal thing, and that is what lawyer Finch was trying to do. Maybe he should not be held to today’s standards, which is one of the argument we make so that we can be comfortable as we try to look at our flaws, admit them, and move on. That argument makes it possible for most of us to be passive participants to continued injustice. That argument is heard even in the courthouses of this country.

As we move forward, most of us are not willing to say that there are no solutions to a flawed history, injustice in law and community. For most of us, education continues to be the answer. COMPARING AND CONTRASTING the issues of race in the story with the issues we face here in our community in this, the early stages of the 21st century, may be a way to proceed with meaningful conversation. Comparison means looking at how things are alike. Contrast means to look at the differences. Using reading and reviewing methods of learning, in some of the meetings being scheduled might assist us in moving toward ideas broader than “diversity” and “cultural tolerance.” It is one thing to say that conversations don’t always lead to solutions, but it is another thing to say that they often do not end. That is, perhaps, a hopeful sign.

A place to start is to ask ourselves the question: What do we think “racism” is?

Should we examine what the word has come to mean in the latest century when perceived from the early eastern development of the country based in “colonization”? Before Slavery? Before Indian resettlement called Reserved Lands?

What does the word “racism” mean today, from that perspective, to those of us who live in the nearly all-white states of the northern plains, i.e., Iowa, South Dakota and North Dakota, Minnesota? These are the states filled with the European immigrants who came up the rivers and across the prairies in the 18th and 19th centuries, established state governments and are now firmly in control of their communities through working systems of Capitalism, Christianity, and the Colonization of the land. Colonialism is generally defined as a system put in place for the taking over of land. Racism is often defined as the color of one’s skin, racial traits of color.

Though some historians have written of “settlement” and “pioneering” in a vacant land, decades of war with the pre-settlement indigenous occupants of the of the land during the 17th century and 18th century clearly describes a colonial history. What has this to do with the races general described as black, white, brown, and other.

What does all of this mean in terms of the general population of Immigrants and Indigenous peoples? What does it mean to the future of all of us who need to get along and raise healthy children? That question seems worthy of speculation if not an answer or solution.