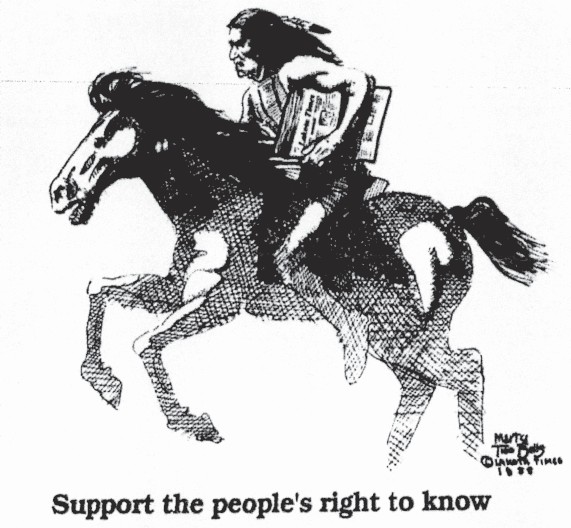 One Rapid City businessman finally got it. He said, “There are three things that keep the economy of Rapid City going; tourism, Ellsworth Air Force Base, and the Native American trade. Why did it take so long for him to get it?

Because of a pervasive negative attitude toward Native Americans, an ignorant business population, and the negative news often broadcast and printed about Indians, local business owners have tended to take the inaccurate assumptions about Native Americans seriously. There is also that idea based on ignorance that all Indians are on welfare, they don’t pay taxes, and they have no credit, that they all drive Junker’s and none of them have jobs but instead depend on the federal government for everything. It is really hard to debunk these myths and misconceptions because they have been around for so long and most local businesses don’t bother to seek out the truth.

There are some businesses that have dropped attitude and have noticed an upsweep in their revenues whenever they do reach out for the Native American trade. One such business is the Family Thrift Stores. You can find their advertising flyers in Native Sun News every week letting you know what goods they are offering for sale. The same can be said of Menard’s. They reach out every week with flyers in this newspaper and they have noticed a marked increase in revenues and, of course, they have noticed the increased number of Indians in their store.

Family Thrift has carried it one step further. Their stores offer a five percent discount on purchases to veterans. All a veteran has to do is show proof of service and they get five percent discount. When you take the overall low prices of Family Thrift and add the five percent discount, the amount you will pay for groceries is comparable to Walmart and this is very odd because the Walmart store in Rapid City is one of the busiest stores in their chain of stores because of the Indian customers who frequent it every day. Walmart management decided that the Native Americans on the reservation and in Rapid City really do not need encouragement to shop in their stores with advertising because as one Walmart clerk put it, “They’ll come anyways, we don’t need to advertise to them.” How ignorant and discriminating is that?

Native Americans are careful shoppers. They like to shop where they are offered bargain prices and where they are treated decently. Family Thrift Stores offers all of this. They give you a flyer every week that lists the bargains they are offering that week in their stores. And then there is the five percent discount for veterans. The clerks at the store always say, “Thank you for serving” when you show them your veteran’s card. Menard’s is also making every effort to encourage Native Americans trade.

Several years ago Russell Means decided that Native Americans should boycott Rapid City because of the way they were treated by the local businesses. The boycott never got off the ground, but if ever the Native Americans decide to boycott this city it would have a devastating impact up on the city’s economy. It is now time for all Rapid City businesses to realize that their city is supported by tourism, Ellsworth Air Force Base and Native Americans. That is a fact. So wake up and smell the coffee. If you want the Indian trade, reach out for it and offer some bargain sales just as you do for your white customers. After all, Indians are the fastest growing population in the State.

(Contact the Editorial Board of Native Sun News Today at nativesunnews.today)