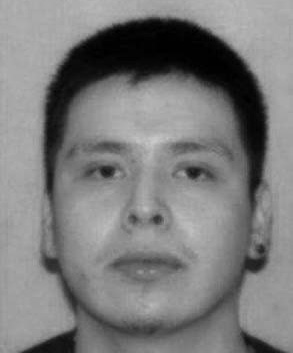 Brewer was wanted by the Federal Bureau of Investigation as the suspect in a Nov. 30 homicide that occurred on the Pine Ridge Indian Reservation. The shooting took place on the reservation and the victim was transported to Rapid City Regional Hospital where he died of his injuries. A federal arrest warrant for Second Degree Murder was issued for Brewer’s arrest that same day.

“This apprehension operation was about as smooth as they come,” says RCPD Captain James Johns, Commander of the RCPD/PCSO Special Response Team. “After initially attempting to flee from the hotel, Mr. Brewer realized he was outnumbered and surrendered without further incident. This operation was a testament to the incredibly high-level working relationship that exists across a variety of local public safety agencies.”

The RCPD and PCSO would like to extend their appreciation to the following agencies for their assistance in Brewer’s apprehension: The Rapid City Fire Department, The Pennington County Emergency Communications Center, The Black Hills Fugitive Task Force, the U.S. Marshals Service, and the Federal Bureau of Investigation.