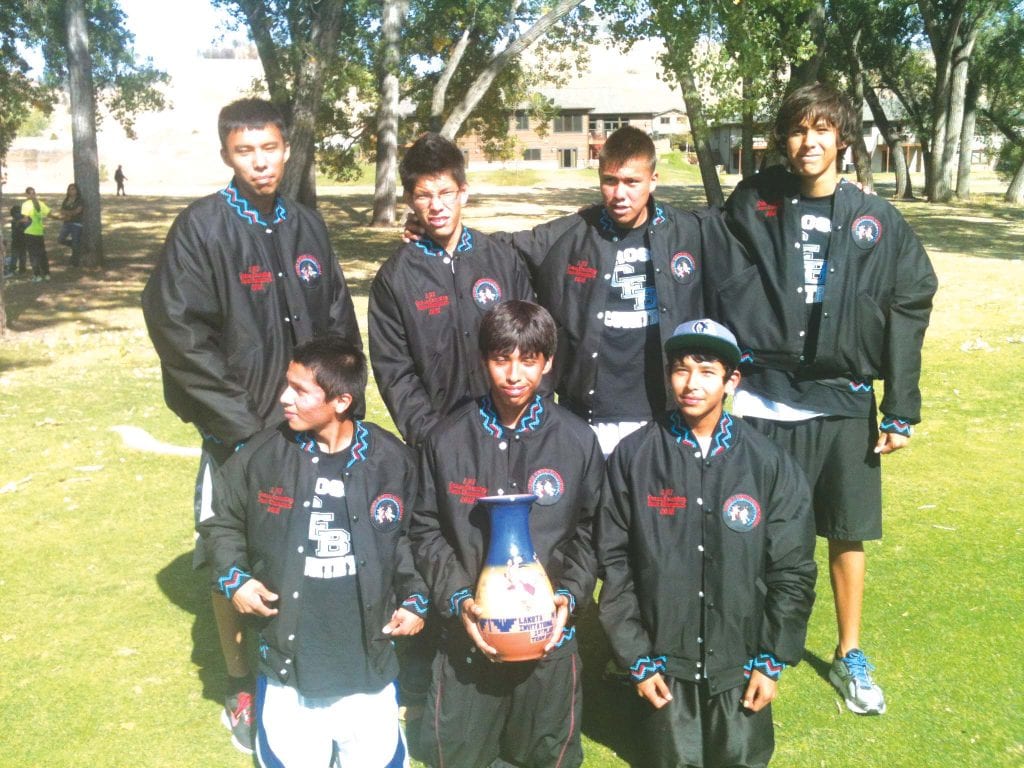 With football out of the way for the year it’s fun to go look back at how cross country dominated the landscape on the plains for several months.

Did you know the records, at some of the local Cross Country Sites to this day are still held by Native Americans? Alex Pine, running for Pine Ridge back in 2005, owned the Rapid City Elks Golf Course, putting up time of 15:57.80, for the Class A. Likewise, Cleveland Weasel Bear, running for Red Cloud would light up the Lakeview Golf Course in Mitchell, running in at a 15:46.

More recently, and fun to remember was the run by Dysan Lends His Horse, a Cheyenne-Eagle Butte Brave who would own Sioux Falls’ Yankton Trail Park with a time of 16:14.15 time, back in 2011. Even the Class B schools would show their talent, with Kiko Mendoza coming out of Takini, running the Huron Broadland Creek Golf Course with a time of 16:09.39 in 2006, all races at 5000 meters.

Some people will look at cross country and bemoan “it doesn’t take any skill, you’re just out running around” but in all seriousness, it’s not as simple as that. Try comparing say, a wide receiver in football, to a cross country runner, and several variables come into play. For one, a wide receiver on a single football play has to be fast, have good hands, and be able to avoid being hit or brought down.

For a cross country runner, going over the length of the course, it becomes endurance. A runner, going one against the course, trying to both seek a better time, not get tired, and the competition around him. Sometimes the competition will help a runner, give him or her, the motivation to go faster, sometimes it causes teammates to work well together. South Dakota, throughout its history, has always had some great squads in Cross Country, and it’s carried over to track, both in the short dashes, but also the long events, like the 3200 runs.

People tend to forget, that Cross Country was the perfect sport for Native Americans, speed, endurance, athletic…and was pretty much owned, when it first debuted in South Dakota back in 1946. Back when it was a one class system, from 1946 to 1962, the Flandreau Indians made it a regular event, picking up nine wins in 12 seasons, including one season coming in as runner up. 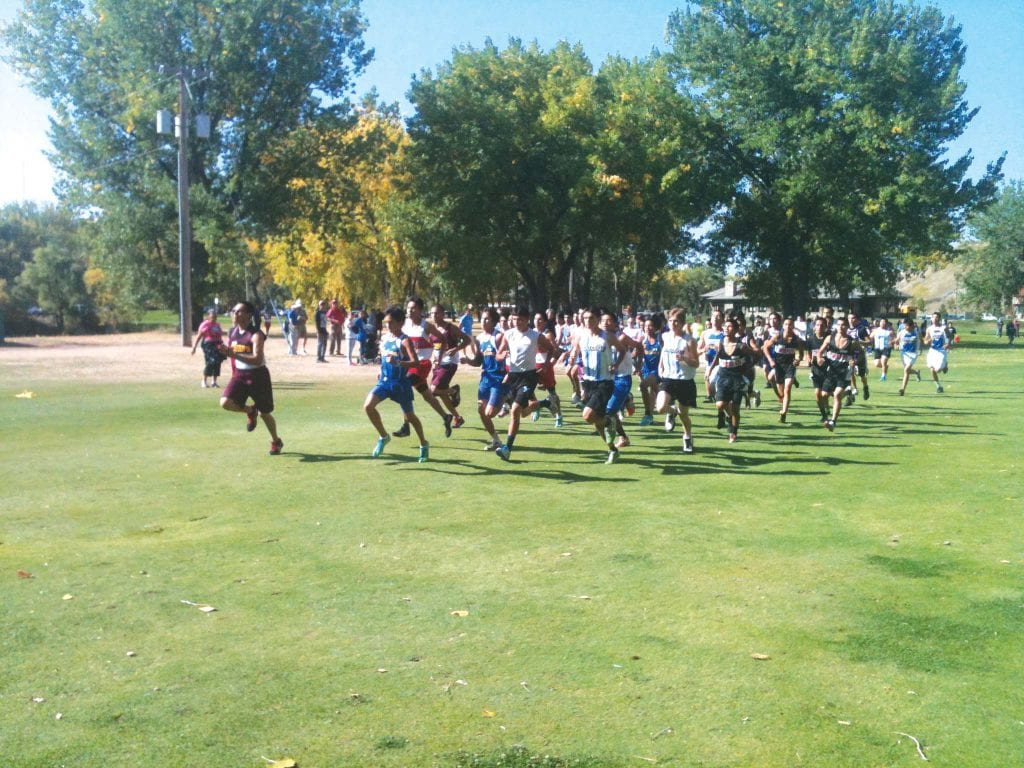 Runners kick off a race during the state tournament.

Even after the split occurred, into two class systems, Flandreau Indians would win three more classes in five years, and the 1967 class would have a runner up team come out of Pine Ridge. Wakpala made its own entry in 1963, first as a runner up, before capturing the team title outright in 1964. By 1968, the state finally adopted a three class system, starting in 1969, with Cheyenne-Eagle Butte winning the last two class meet.

Since then, 17 Class B Cross Country meets have been won by Native American schools, from the programs in St. Francis, Little Wound, Crazy Horse, Marty Indian, Lower Brule and White River. In Class A, 18 titles would go to Native American Schools, made up by Cheyenne-Eagle Butte, Todd County, Pine Ridge, Flandreau Indian, and McLaughlin. You could call it a nice run, Pine Ridge had a strong hold on the running program during the late 90’s-early 00’s when they won six state titles in nine years, 1995-2003.

And of course, in the AA class, Flandreau Indian had the first championship in 1969 and for a time would annually go head-to-head with Sioux Falls Lincoln for the titles. In fact, looking at the statistics, Flandreau Indian would be runner up to Lincoln, four times during their reign in the 70’s, until the school was relegated back to the Class A level. How did Flandreau handle it? By being runner up in 1979, and finally winning the team titles, in 1987 and 1988.

Also to note, it’s almost time for basketball practices to start up around the state. True, the sport never really went on hiatus with kids playing in empty gyms, taking part in tournaments or just shooting hoops at dusk. By the state calendars, the first official practice for boys in the class A is Nov. 30, with the first contest on Dec. 11, while Girls’ J5 first practice is on Nov. 23, and the first games to be played on Dec. 8. In that first week, for the boys, Little Wound will be hosting St. Francis, at 5:30 p.m. CT on Dec. 11, Red Cloud will be hosting Spearfish on Dec. 12 at 7:30 P.M. MT, Todd County will travel to Valentine NE on Dec. 11 at 6:30 p.m. CT and Cheyenne-Eagle Butte will host Miller on Dec. 12. Pine Ridge, which traditionally doesn’t play an early game, will start their season on Dec. 16, in the first round of the Lakota Nation Invitational.

In volleyball, saving the best for last, the Lady Crusaders punched their ticket to the state tournament last week, with the number one seed playing a tough game against a hard opponent, Red Cloud would take the first set 26-24 and the second 25-17, before Winner would rally in the third and fourth sets, 25-23 and 25-10 to knot it all at 2 sets each.

In the final set, to 15, the Lady Crusaders would complete the win, 15-11 and capture the Region 7A title. To their credit, the Red Cloud Lady Crusaders enter the state tournament with a record of 24-11, and are listed as the 8th seed: they’ll start against the number one team in the state on Nov. 19 at noon central time, against Mt. Vernon/Plankinton. It would be fun to see an upset on day one.