The return of the Magnificent Dozen 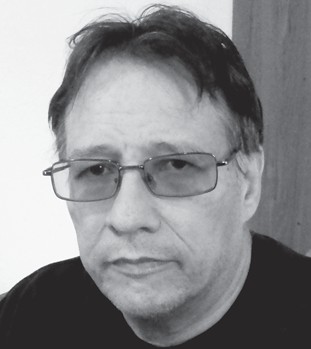 Football season is just a few weeks away. All attention will be focused on one team, Red Cloud Indian School, on Coach Duane Big Crow, and on his amazing one-man scoring machine, Russell Leader Charge.

In a Lakota world where basketball is king, and I admit it is the sport I know best and the sport I cover most comprehensively, Leader Charge is a pretty darn good basketball player. He is quick and smooth and explosively athletic. But he never seems to take that final step in basketball to impose himself enough to be the critical difference for the Crusaders when the game is on the line. Not so in football.

That Leader Charge was not named the best football player in South Dakota last year is pretty inexcusable. Given all the Wasicu kids that have been selected as such, would it have really hurt to overcome pigheaded bias just this one time and acknowledge him as the best? What player ran the football like he did, scored the touchdowns like he did? Well, the answer would be nobody. So, then, who beat him out for Mr. Football? The same kid who would beat him out any year—the best player who isn’t Lakota.

Beyond the excellence of Leader Charge is the remarkable job done by Head Coach Duane Big Crow. The best thing about “Syrup,” is he is just a guy, not an academic, not a teacher, just a guy who knows his job, knows how football works, and more than anything else, knows how to connect with his players and treat them with compassion and respect, while still demanding dedication and discipline. Such a talent can’t be taught; Coach Big Crow was just born with it.

Given a chance to be the Head Coach, he took a team with really only 12 players, and he competed at 11-man football, and he beat good teams with full rosters, on a winning streak that propelled the Crusaders into the playoffs.

I have never cried before about a team losing, and there are many teams out there, Wasicu and Lakota, I have loved over the years, but I could not hold back tears when Red Cloud lost to Aberdeen Roncalli in the first round of last year’s play-offs. They went down in spectacular fashion, like the Lakota warriors they are, but it seemed a cruel universe that would not more deeply reward such courage and heart from a dozen boys from a small reservation school. The one good thing about the loss, was the players and coaches on the Roncalli side, although happy to win, mostly understood who these Red Cloud players were, what they had accomplished, and they marveled at the skill of Leader Charge and Ale Rama to zip through holes for huge breakaways.

What is seldom mentioned is how hard the Red Cloud line worked to keep them in games. Those boys played both sides of the ball, in the trenches where they are not noticed, where the glory is seldom doled out, and they gave the backfield just enough cracks to romp for decision altering gains, and they toughened up and beat Lead/Deadwood on a goal line stand for the ages. My reporting on three Red Cloud games got me a first place award in sports writing from the SD Newspaper Association, but not only did that team provide me with the drama, the excellence that gave me something to write about, they inspired me to write about it in a way that brought their season to life.

Maybe the football-powers-that-be forgot to honor that great season and a great coach and a roster of winners who never knew quit, but almost all those kids are back, a year older and stronger, and they may never win a state championship with so thin a bench, but they will provide us with another season much like the previous season, full of hair raising exploits, and that means they are the best entertainment ticket in town, bar none. I plan on not missing a single game they play.