Remembering when the Airforce Bomber crashed at Red Shirt Table 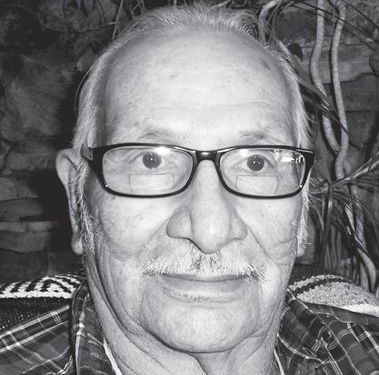 I wanted to write this story about World War II veterans because we as a society never honored and showed our appreciation to these veterans as individuals and their families who supported them. I am going to write about several different thoughts concerning; World War II, and the bombing area on the reservation, an account of a B-17 plane crash on a training mission, and also mention some War Veterans that I knew and or knew of.

My family lived about three miles from the west side boarder of the bombing area and eight to ten miles where they were bombing. I was five years old and older when I remembered the bombers flying over the area. You could see the bombs being dropped from the airplanes and hear the explosions. The fighter planes would fly high up and dive down and shoot their 50 caliber guns in rapid fire. Dad called the bigger bullets 20 millimeters or canons which sound like “Boom boom” when they fired. I heard the grownups talking about Japanese prison camps and how the Japanese prisoners might escape. Every sound I would hear in the night I was sure it was one of those Japanese prisoners that had escaped. I was really scared! Later during my first year in Boarding School in Pine Ridge, before they showed a movie they would give updates on the war.

The crash of the B-17 is my dad John Swallows account of what happened. He belonged to a Cattlemen Association and he was out riding checking on his cattle. He was going home riding up the Eastside of Red Shirt Table when a bomber flew overhead sputtering smoking and flying lower than normal. As it flew East past Blindman’s Table he saw a man parachute out before it went out of sight. He heard an explosion and saw smoke and rode towards where he last saw the plane. When dad got to the crash site there was other riders there. Soon after they found the man that bailed out. He had slammed into the side of a hill and he was dead.

Dad said he thought the plane was to low when he jumped out. Bauly No Neck pulled the man’s shirt over his head out of respect. It was a somber scene for the riders. My cousin Bob Two Bulls was nine years old when this happened. He said his father, Pete Two Bulls got some sage and chewed it to help him deal with what happened. Cousin Bob also remembered it happened in 1944. I remembered a lot of military vehicles around the reservation. I asked cousin Bob and he said it was nine ambulances, it seemed like there was other vehicles as well.

To get to the Airbase they would have to go around Buffalo Gap because there was no bridge to cross the Cheyenne River at Red Shirt. In 1948 dad bought a Jeep it could just about go anywhere. He took my brother Johnny and I to the crash site in 1950. There was bits and pieces, gages, and little stuff. We saw a motor buried in the side of a hill. I was eleven years old that year. Forty eight years later in 1998 I took my grandson out to the crash site. I remembered exactly where that motor was and he got to see it. I found a stainless steel valve. The shaft was bent and broken. Some years back the Episcopal Church on Red Shirt Table had an honoring and memorial service for the nine men who lost their lives in that crash and all the World War II veterans and invited their relatives. Cousin Bob Two Bulls said people felt sad for the loss of those men and all the veterans who gave so much.

Here are some of the World War II veterans that I knew or knew of. First my cousin Earl Two Bulls who lost his life on some island in the West Pacific. Second, is Steve Redbow was a good athlete. He played basketball, baseball and was a good saddle bronc rider. Third my uncle Woodrow Swallow who was only seventeen years old when he was in Pearl Harbor when it was bombed. Ambrose Belt was a humble man always had a big smile. Pat Cuny was one of the last real cowboys. My other uncles Elwood and Stan Serry, Willard Cuny and Eddie Rooks they are all heroes with good hearts and deserve to be remembered along with many others.

There are many of us veterans that served and stood ready to defend our country during peace time and these men that I knew and knew of served during war time. So if you see any veterans shake their hand and give them a pat on the back because they are willing to give their lives for our country.