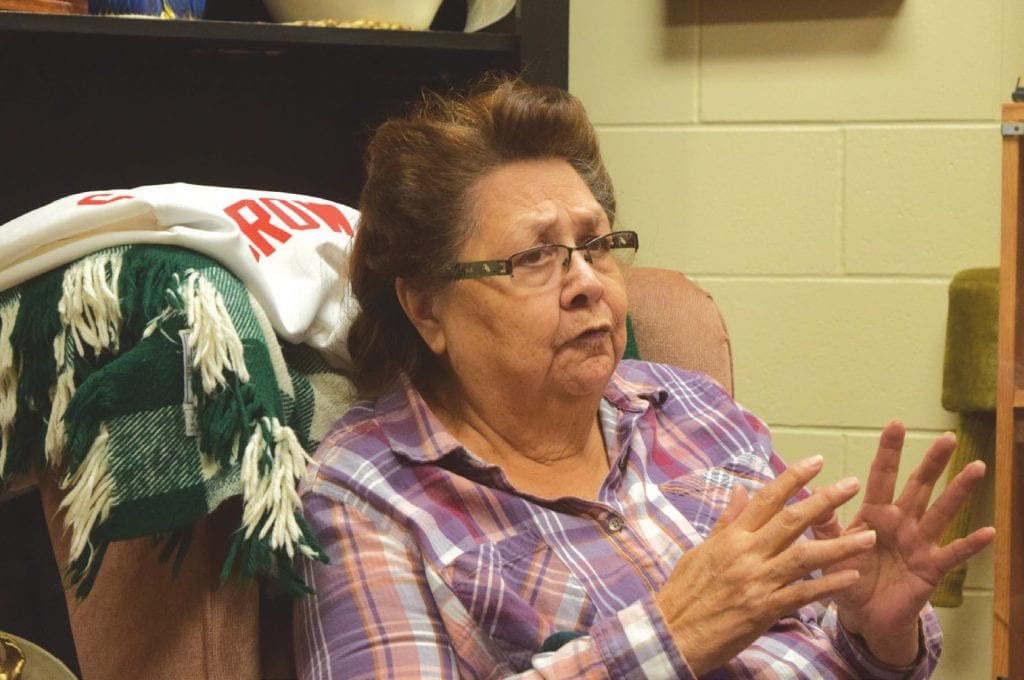 PINE RIDGE — Happytown formed as a dream in a young Lakota girl’s mind. It was not a dream SuAnne Big Crow wished to keep to herself, and she promised others that one day she would return from college, and help make that dream a reality.

Happytown was a place diametric to the Pine Ridge village she called home. It was a place that had never been, but were her people ever to rediscover the people they had once been, Happytown would be the focal point of that rediscovery, and epitomize every value the Oglala once held dear. Happytown was as her mother, Chick Big Crow once described it: “…a place where everyone got along, supported each other, and were proud of each other’s accomplishments, but most important, a place that was drug, alcohol and racism free.” 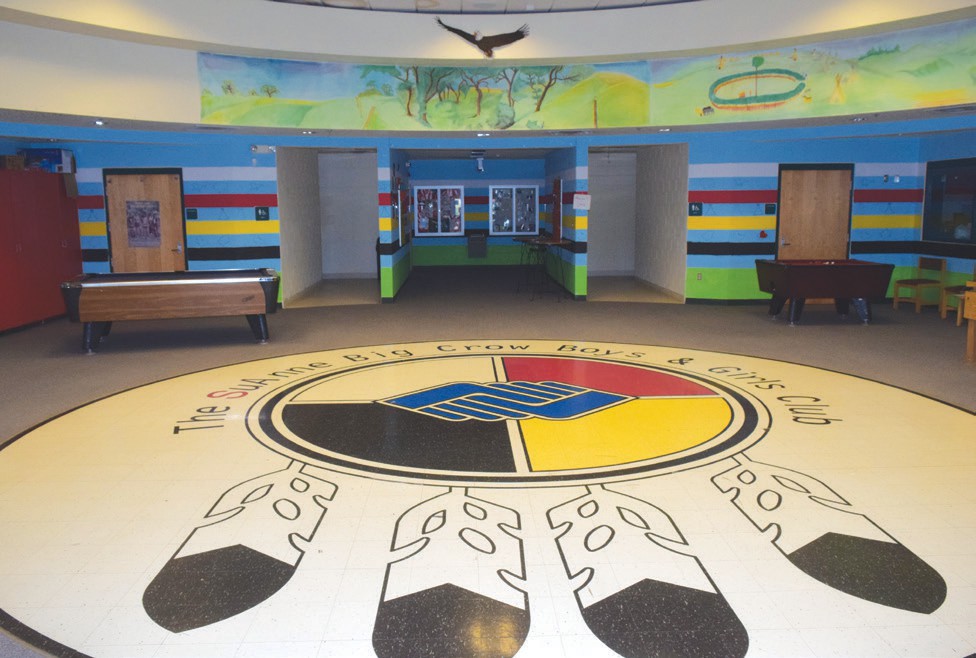 Seventeen years into what surely would have been a remarkable life, Su- Anne made her journey to the spirit world, but her dream of Happytown remained behind in the hearts of the people she loved. She had made a larger-than-life impression in her brief life, and inspired, people rallied to start making Happytown a reality.

It took a goal this lofty, this difficult to achieve, to even get the basics in place to start realizing it. Had people just had a normal reaction to a girl’s death, like so many other tragic Pine Ridge deaths, nothing would have come of anything. Chick acquired an abandoned factory, and with “$32 and Su- Anne to guide us, we purchased cleaning supplies and postage stamps.” 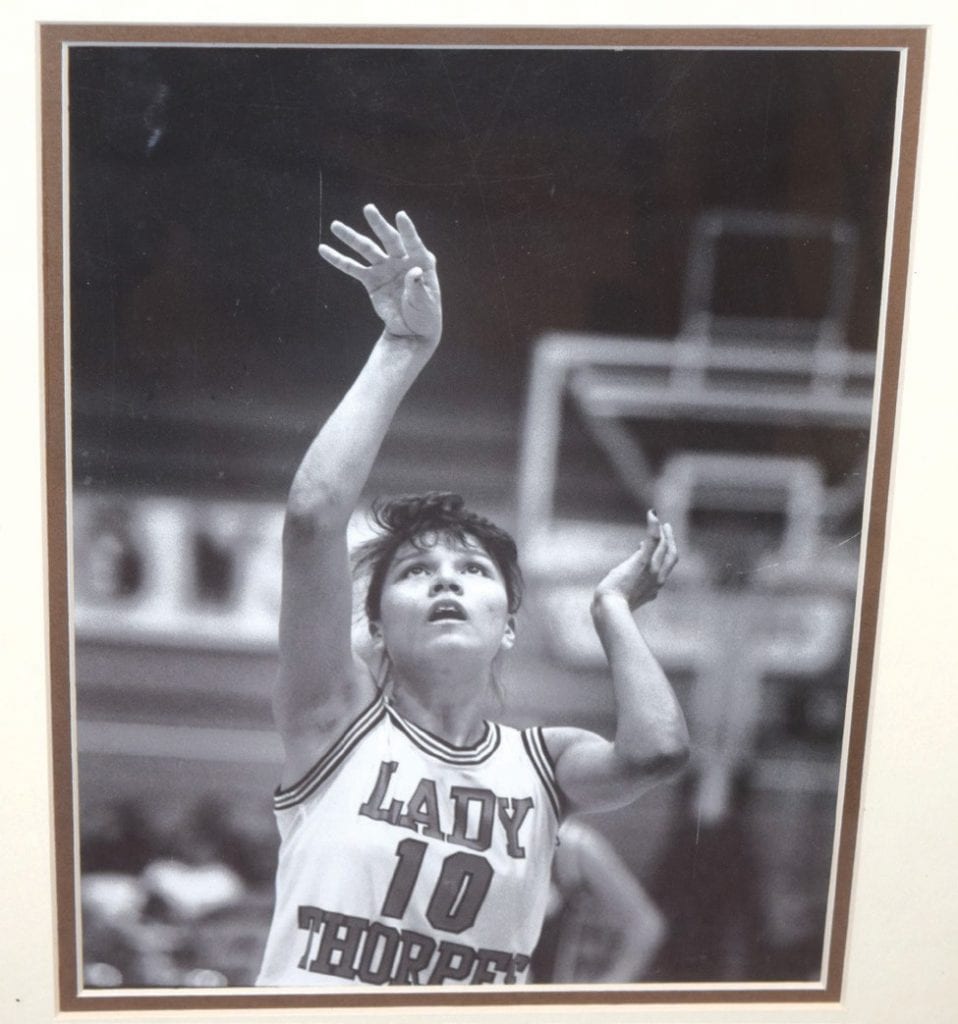 In December, 1992, the remodeled factory became “the first Boys and Girls Club to open on an Indian reservation.” For twenty years Chick developed the program she thought would achieve the most important goal before Happytown could ever become reality: “To provide a safe place where kids can grow in a healthy environment.”

Chick said the Tribe is “afraid to prosper because the government money will go away. It’s easier to take the easy road and live in poverty instead of taking the hard road and getting out of poverty. It’s entitlement, they want everything for nothing, so they don’t think how does Chick pay the light bill, the propane, pay the staffing… we do wrong when we teach our kids we don’t need to do anything, the government owes you.”

Instilling hard work and productive cooperation in a tribe long bereft of hope, a tribe grown powerless in the face of poverty and addiction and violence, no longer horrified by the suffering of children, can’t ever get off the ground by trying to change the behavior of battle-scarred adults. In our children, Chick sees the determined, principled educated adult capable of turning the fate of Lakota people around.

“We don’t just give (a child) a pair of shoes,” Chick said. “We have a contest.” The shoes are a reward for effort in the contest, regardless of how the child fairs. She wants to erase from the child’s mind the social conditioning that “you have to be poor to get anything.”

In 2012, Chick developed Stage 4 cancer. As a result, the program lost its Boys and Girls Club charting, and with that, most of their founding. In 1999, President Clinton had visited the reservation, and as he was getting ready to board his helicopter, Chick said he turned to the HUD and Agriculture secretaries and tasked them with building something for the children of Pine Ridge.

The result was a $6.1 million facility east of Pine Ridge. The problem now is, having lost the money to fund it, the building is greatly underused. Chick has opened the Happytown Restaurant on site, where she promises “the best hamburgers in Pine Ridge.” She has two staff, and has worked without salary as executive Director of the SuAnne Big Crow Center since 2012.

She needs donations, she needs volunteers, she needs the people of Pine Ridge to pitch in and work hard to reestablish this building as a place where children are nurtured, and inspired to build a better Lakota life through dint of Lakota effort, not government hand-outs.

Some blocks to the west, Billy Mills Hall, dedicated to the greatest athlete the Lakota have ever produced, is a tattered wreck of the building it once was, with graffiti painted on its walls. The Su- Anne building, although still a handsome facility, is surrounded by weeds and grass, and does not radiate the pride, the sense of community, the happiness, that Su- Anne dreamed about, values she lived her short life by.

It would take so little effort to gather in selfless unity, and just mow that grass down and landscape the front and sides of the building. Every election cycle political candidates declare how much they love the Oglala children; let the entire reservation show that love by coming together and revitalizing the dream of Happytown.

More than money, Chick wants volunteers: “We would rather have the labor than the money. Because $15 a year, that’s not going to pay for anything.”

Rumors abound about what happens at the center, and as usual, they are negative reservation style rumors, light years removed from fact. The reality is Chick raised three daughters as a single parent, Pigeon, C.C., and SuAnne. She lost her youngest to a car accident, and wounded in spirit, a Lakota holy man, Chauncey Dupris, reached out to her, and put her grief in a compelling perspective, and changed her life.

He asked nothing in return. “When I get up,” he told her, “don’t get up and follow me out, don’t try to gift me, because when I get my reward, it will come from the spirits.”

That mentoring stayed with Chick. She applied Chauncey’s guidance to how she interacts with her kids: “If you’re going to make a difference for your people, you’ve got to be humble. I work for nothing. I would love for kids to see the importance of being a volunteer, of doing something for others and not expecting anything in return.”

For any willing to roll up their sleeves, and actually devote time and energy to making the lives of Lakota children better, the words of Chauncey Dupris should serve as inspiration.

Sometimes Chick can get both elbow grease and money from a single person. She tells the story of a well-dressed woman who showed up at the center and Chick assumed she was there as a volunteer, and put her to work: “She worked all day, and then she said, ‘This is how I came to help,’ and gave me a check.”

In place is a facility that has all the resources necessary to serve the children of Pine Ridge, if it has the funding and the volunteer support of the community. In her attempts to keep the Center a safe, positive, conflict free environment, Chick has a zero tolerance policy for bullying, and for far too many decades bullying has been a signature aspect of Pine Ridge youth activities. This means some children are dismissed for bullying, but although that may make a lot of parents angry, and critical, Chick feels that bullying is far too disruptive and destructive to allow in any facility that one day hopes to lay the foundations for Happytown.

There is a room that Chick often sits in, containing trophies, photographs and memorabilia of SuAnne’s basketball career, and sitting in that room for any length of time, helps a person refocus on who SuAnne was, what she believed in, and how badly she wanted all the conflict and unhappiness on her reservation to end. The impact she had on others, was greater after she died, and the impact she had while alive, was considerable. It would be a shame, if the community and the tribe, were to let her vision die, or let the center named for her perish through neglect and indifference.