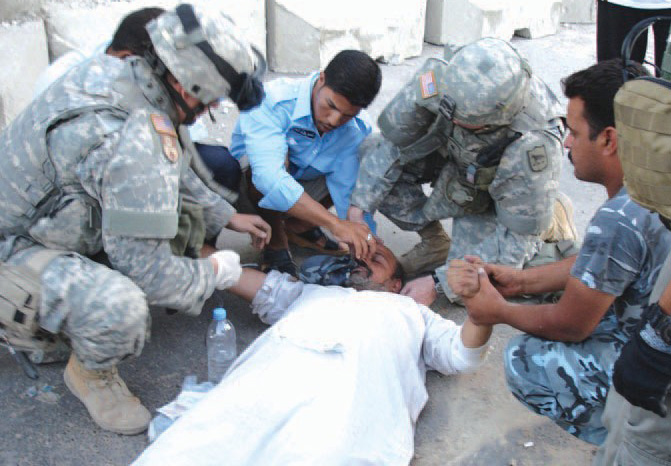 The S.D. National Guard has been serving at home and abroad since 1862.

RAPID CITY –– The South Dakota National Guard marks 155 years of service to the state and nation as they celebrate the Jan. 27, 1862, birth date of the organization’s formation.

With a proud 155-year heritage of serving as the state’s militia, the SDNG finds its origins dating back to 1862 as part of the Dakota Territory.

Since that time, SDNG units have served in nearly every major war or conflict since the Civil War, as well as provided assistance to the state in times of domestic emergencies such as floods, fires, tornadoes and winter storms. 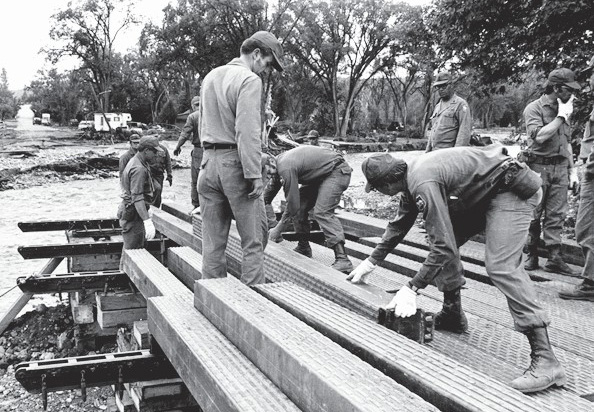 The Beginning of the South Dakota National Guard

On March 2, 1861, President James Buchanan signed the act establishing the Dakota Territory. By that time, Vermillion, Bon Homme and Elk Point were growing communities. The territory tended to be people who were genuine settlers, mostly immigrants from Germany, Norway and Sweden.

Earlier in the 1850s, the U.S. Army had established garrisons at Fort Pierre and Fort Randall on the Missouri River. Their mission was to protect the 5,000 settlers from the threat of attacks.

However, when the Civil War started, the Army withdrew three companies from Fort Randall leaving it in an exposed position. This led to the Dec. 7, 1861, proclamation, by the Territorial Governor William Jayne, to raise two companies of volunteer militia.

Recruiting centers were then established in Yankton, Vermillion and Bon Homme. The citizens were very patriotic with a lot of local pride, and in just over one month enough men had enlisted to assemble the first company of citizen-Soldiers. On Jan. 27, 1862, Capt. Nelson Miner, company commander, formed the unit in Yankton, Company A, Dakota Cavalry.

This was the first unit of the Dakota Territory Militia and the birth of the South Dakota National Guard.

Since that historic date in 1862, the SDNG has since seen combat during the Spanish- American War, World War I and II, Operation Just Cause and Operation Desert Storm. The National Guard was also called up during the Mexican Border Conflict, Korean War, Berlin Crisis and peacekeeping missions in Bosnia and Kosovo.

Since the Sept. 11, 2001 attacks on the United States, each of South Dakota’s 22 National Guard communities has experienced a unit mobilization in support of Operation Noble Eagle, Operation Enduring Freedom or Operations Iraqi Freedom, New Dawn, Inherent Resolve and Spartan Shield. More than 7,800 Soldiers and Airmen have deployed in support of these operations.

The National Guard is the only military component that holds a dual-mission consisting of both federal and state roles. The federal mission is to maintain trained and equipped units available for prompt mobilization for war or a national emergency. At the state level, the governor reserves the ability, under the Constitution, to call up members of the National Guard in times of domestic emergencies.

Throughout the years, natural disasters have called forth the Guard’s spirit of teamwork and sacrifice to battle floods, fires, blizzards and tornado destruction. The Rapid City Flood of 1972, the Spencer Tornado in 1998, Hurricanes Katrina and Rita in 2005, the Missouri River Flood in 2011 and Winter Storm Atlas in 2013 are just a few of the disasters in which the SDNG mobilized its Citizen-Soldiers and Airmen to help their fellow South Dakotans and Americans in times of need.

Today’s SDNG remains strong with over 4,100 Soldiers and Airmen available to execute its dual-mission on the state and federal level. The Guard is located in 22 communities throughout South Dakota; comprised of 40 Army Guard units and detachments and 17 Air Guard units. These units perform a variety of missions which include everything from command and control, administration, engineering, field artillery, transportation, logistics, communications, maintenance, aviation, public affairs, military police, firefighting and medical.

The National Guard is no longer a strategic reserve to the active component, but an operational force directly integrated into active-duty deployments and missions. The force structure of the SDNG is designed to meet the needs of the future force; giving the Guard an enhanced capability to respond in times of emergencies and natural disasters and to support overseas contingency operations.

The SDNG had a significant impact on the state’s economy with more than $171.7 million dollars in expenditures and wages in 2016. The SDNG is also one of the largest employers in the state with more than 1,000 full-time federal and state employees, along with over 3,100 traditional Guard members who train on a parttime basis while pursuing a career or civilian education.

These full-time employees, along with state employees and civilian contractors, work to assist the traditional Guardsman by providing administrative, training and logistical support. This support collectively goes into helping units meet mobilization and readiness requirements.

The South Dakota Army National Guard remains strong with more than 3,100 Soldiers available for state and federal missions. The nerve center for the SDARNG resides at the state headquarters at Camp Rapid in Rapid City; an 84-acre training site first developed in 1924.

The South Dakota Air National Guard is located on the southeast corner of Joe Foss Field in Sioux Falls and was federally recognized in 1946. It has more than 1,000 Airmen assigned to its headquarters and the 114th Fighter Wing. The mission of the SDANG is to provide combat capability to the war fight, security for the homeland and to provide combat-ready units in three roles: federal, state and community.

The SDNG is divided into different task forces to provide assistance to our local communities throughout the state in the event of an emergency. Separated by geographical regions, units are assigned to each task force providing personnel and equipment for response to severe weather, fires, natural disasters, search-and-rescue operations, civil disturbances or homeland defense.

The proud heirs of the militia tradition can be found in the men and women of today’s SDNG. They stand ready to leave the comforts of home and family to help their friends and neighbors, defend the nation’s interests and bring peace and hope to people throughout the world.