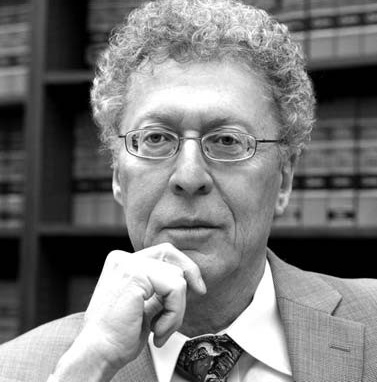 The American Society of Civil Engineers (ASCE) reports the average age of our nation’s dams is 52 years. By 2020, 70 percent of the total dams in the United States will be over 50 years old. Fifty years ago dams were built with the best engineering and construction standards of the times. But as the scientific and engineering data have improved, many dams are not expected to safely withstand current predictions regarding large floods and earthquakes.

In 1972 the extraordinary accumulation of rainfall in the Rapid Creek watershed caused the failure of the Canyon Lake Dam. This water accumulation resulted in the horrible Rapid City flood, and was the basis in part for the enactment of the National Dam Inspection Act of 1972. The U. S. must put its political will into rehabilitating the nation’s infrastructure including dams. I will leave for another discussion matters of civil liability for operating a dam, dam management in Indian Country as well as important regulatory issues concerning maintenance and decommissioning of dams. While the U.S. Army Corps of Engineers oversees federal dams in South Dakota and elsewhere, many of the state’s dams are caught in a regulatory limbo. County officials have long assumed smaller lowhead dams are controlled by the state. State approval is not required on completion of all new dam construction under South Dakota law and rules. State law does not consider dams under 25 feet high or holding 50 acre-feet of water to be dams at all. About 2,300 dams in South Dakota are subject to state regulation with most categorized as low-hazard dams. In the US dam safety programs are responsible for permitting, inspection, and enforcement authority for 80 percent of the nation’s dams.

South Dakota is one of 26 states that have no requirement of emergency action procedures by owners for all dams. According to a 2009 Report by the ASCE, 34 percent of dams described as high-hazard dams in South Dakota have no emergency action plan (EAP). An EAP (also called an Emergency Preparedness Plan, or EPP) is a predetermined plan of action to be taken including roles, responsibilities and procedures for surveillance, notification and evacuation to reduce the potential for loss of life and property damage in an area affected by a failure or negligent operation of a dam. Pursuant to a report prepared for the National Dam Safety Review Board and the Association of State Dam Safety Officials, South Dakota was one of the 17 that does not report findings of violations or dam failures to the National Performance of Dams Program. High-hazard and state-owned dams in the state are inspected once every three years or on a case-by-case basis.

When dams are privately owned, owners may not have the ability to pay for inspections not covered by the state or necessary repairs. The Association of Dam Safety Officials has suggested either implementing a low-interest loan grant program to encourage rehabilitation of old dams, or the creation of a more robust federal assistance program to fund these projects. Such a program would take the burden off of private owners of dams to fix structural flaws while enhancing public safety.

A new federal assistance program is another option to mitigating this growing problem. The only current program is the Small Watershed

Rehabilitation Program through the U.S. Department of Agriculture. The problem with this program is it is limited to small, federally built dams for flood control purposes. There is a large spectrum of uses for dams and thousands of dams in the U.S. that are under 25 feet tall, the threshold to qualify as a dam in South Dakota. Many dams are privately owned. Such dams would not be eligible for these federal funds under the current system.

According to the Federal Emergency Management Agency, there are 47 state-regulated high-hazard dams and 144 significant-hazard dams in South Dakota. Dam regulation and rehabilitation are underappreciated public safety issues that are here to stay.

(David Ganje of Ganje Law Offices practices in the area of natural resources, environmental and commercial law in South and North Dakota. He can be contacted at davidganje@ganjelaw.com)