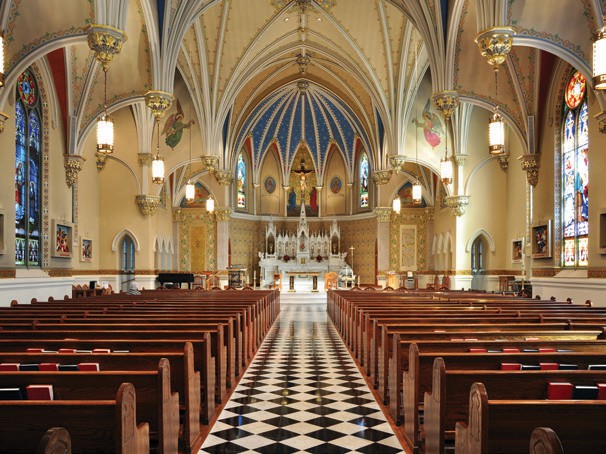 PIERRE — The molestation, rape, and torture of nine sisters by priests, nuns, and church staff running a Native American boarding school is being brought to light as the nine, who are now women, fight to have the laws changed so they can have their day in court.

The South Dakota legislature is considering a bill this week which eliminates a gap in the law that blocks their claims and the claims of other childhood survivors of sexual abuse from seeking justice in the courts. The current statute of limitations is three years from the abuse or three years from the time you discover the abuse but no one aged 40 years or older can recover damages from anyone other than the person who did the actual sexual acts. This language stops all boarding school survivors of abuse from pursuing their claims. The repeated molestation they endured for years at the hands of the priests and nuns who were their teachers and caretakers is horrific.

The sisters were as young as five years old when they were forced to attend the school, like many other Native Americans. One sister agonizingly tells of being raped by a priest, getting pregnant, having a forced abortion performed by nuns who incinerated the baby. Another talks of molestation, rape and being put in a coffin by a priest. “There were tunnels built under the school that the abusers used to have access to the children in the dormitories at night while everyone slept” said Michelle Dauphinais Echols an attorney and member of the Turtle Mountain Band of Chippewa Tribe who spent her early years at the school campus and is the author of the bill. “One night I went to the bathroom and when I returned a man was in my bed! I fought him off and found my sister and slept the night in her bed” said Louise Charbonneau Aamot, one of the nine sisters, a member of the Turtle Mountain Band of Chippewa Tribe, and a childhood sexual abuse survivor.

The fear from the abusers, the shame of the abuse, and the power of the Catholic Church who ran the school stopped the survivors from discussing the abuse with their families who were devout practitioners. Some of the memories are so painful they were buried for years and only revealed as their medical doctors found evidence of scars of sexual torture. “The South Dakota Supreme Court had it right when they stated, ‘Sexual abuse at an early age prompts involuntary coping mechanisms which may prevent victims from making the causal connection between the abuse they suffered as children and the psychological problems they experience as adults’”1 said attorney Dauphinais Echols.

The nine sisters filed suit against their abusers, including the Native American boarding school and the church, which went up to the South Dakota Supreme Court in Bernie v. Blue Cloud Abbey. The court held that the statute of limitations for childhood sexual abuse did not apply in these cases and a more restrictive statute of limitations of three years from the time the abuse occurred applied. A statute of limitations is like a legal stopwatch when the time to file a lawsuit runs out. The court also said that the statute was not meant to apply to institutions like the church and diocese. That meant the nine sisters’ claims were blocked from being heard in court. The proposed bill will eliminate the statute of limitations so that survivors of childhood sexual abuse could bring suit at any time and it allows suits against the schools. “Abusers should not be protected just because of the passage of time. Molestation and rape of children is not something we, as a society, should tolerate. It has been an uphill fight. We really need the people of South Dakota to call their state representatives in support of the bill to get it passed” says Geraldine Charbonneau Dubourt, member of the Turtle Mountain Band of Chippewa Tribe, and one of the nine survivors. The state legislators are reviewing the bill this week.