Some celebrate Thanksgiving and some don’t 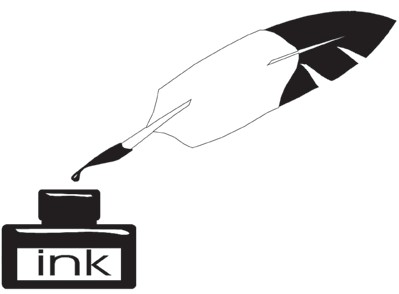 There are those Native Americans who do not celebrate Thanksgiving and others who celebrate but use this holiday to honor and give thanks to their ancestors. Rupert Costo, a Cahuilla Indian man who published the newspaper Wassaja (pronounced Wah-Sah-hah) was one such man. Every Thanksgiving he would surround himself with friends and neighbors to honor and to talk about some of the great Indian authors and journalists he had read and followed all of his life. Rupert is no longer with us but there are those who still carry on his traditions of Thanksgiving, the only holiday he ever celebrated.

All of the employees at Native Sun News Today got Turkey Day off and spread their own holiday feasts across their dining room tables. They all returned to work on Monday with big smiles, well-rested and ready to tackle another issue of the newspaper. The news makers never stop.

We heard a story about a Lakota man living in Rapid City who was asked by a local business to deliver some plywood to a hotel in Deadwood in the 1940s. As most of us recall Deadwood had a row of hotels on its main street that were really brothels. The Lakota man loaded the plywood on his truck and waited a couple of hours for the snow storm to quit and then headed for Deadwood. As he was on his way some action was taking place at the hotel he was about to deliver the goods to. An inebriated man was chasing a prostitute around and upstairs bedroom at the hotel. Both of them were naked. He made a lunge for her and just as he grabbed her they both fell out of an open window and into a snow bank. Only their bare feet and bare butts were sticking out of the snow.

The Lakota man pulled his truck up in front of the hotel, looked at the bare feet and bare butts sticking out of the snow, scratched his head and went into the hotel lobby. He spotted the hotel owner and said to him, “I think your sign fell down.”

The Lakota Nation Invitational will be kicking off in about 3 weeks and all of the teams are practicing for their first taste of basketball action. Rapid City will once again be filled with avid basketball fans from around Indian Country. The restaurants, theaters and stores will be filled with diners, movie goers and Christmas shoppers. And Rapid City will be the recipient of all of that business. So be alert and be weary of how you are treated. We believe we have come a long way, but we still have a little more to go in racial relations.

Chick Big Crow was a great guest on the Oyate Today Show last Saturday. She talked about her daughter SuAnne and about how she herself grew up in poverty and still managed to raise three daughters. She spoke from her heart when she said, “I know firsthand what poverty is because I lived it.”

Jackie Giago said she wished she could get a better time slot for the show because Saturday night at 10:30 p.m. isn’t exactly the ideal time because Saturday Night Live is on, etc., but that is the only time slot available, but we still encourage you to stay up a little later than usual and watch the show. There have been some great guests on the show like Lionel Bordeaux and Tom Shortbull, and great authors and artists like Joe Marshall III and Don Montileaux.

You may have noticed that we try to get at least one funny story into Little Notes each week. That is why we have Wowapi Cicala in our newspaper and have had it in our newspapers since the early 1980s. The story about the sign falling down was first published in our newspapers in 1982. Hope you all had a great Thanksgiving. Doksa Ake’.