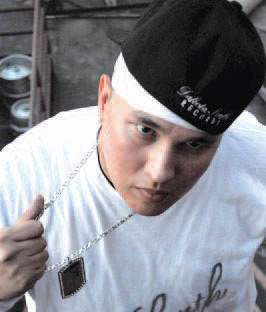 B. OF DAKOTA SOUTH

RAPID CITY –– South Dakota Rap/Hip Hop artist B. of Dakota South Records has been nominated for Single of the Year by the Native American Music Awards in New York. Founded and incorporated in 1998, NAMA (The Native American Music Awards & Association) remains the world’s largest and only professional membership-based organization dedicated to music initiatives by Native North Americans and American Indians.

“Come and Get Your Love”, which features an authorized sample of the Top 5 Billboard 100 Single by the 1970s group Redbone and is produced by platinum accredited producer Lex Lucazi (T.I. vs. T.I.P.), has been nominated for Single of the Year. “Come and Get Your Love” is the lead single from his sophomore album titled “OHHH! B.” (Feb. 14, 2016).

B. of Dakota South Records released his self-titled debut album in 2012 which featured Hopsin, Spice 1, G. Baby Prince from G-Unit West, and production from Lex Lucazi. It was nominated for 5 music awards across the US and Canada:

• Best in Rap at the 2012 Indian Summer Music Awards (ISMA) in Milwaukee, WI

He won both, Best Male Artist and Best Recording, at the 2014 RockWired Radio Music Awards. The success of his debut album also landed him on The Top Ten – Best Native American Rappers. B. of Dakota South Records has also opened for Tech N9ne, MGK, Lil Jon, The Ying Yang Twins, Afroman, MC Magic, and more.

To vote for “Come and Get your Love” for Single of the Year at the Native American Music Awards go to: www.nativeamericanmusicawards.com