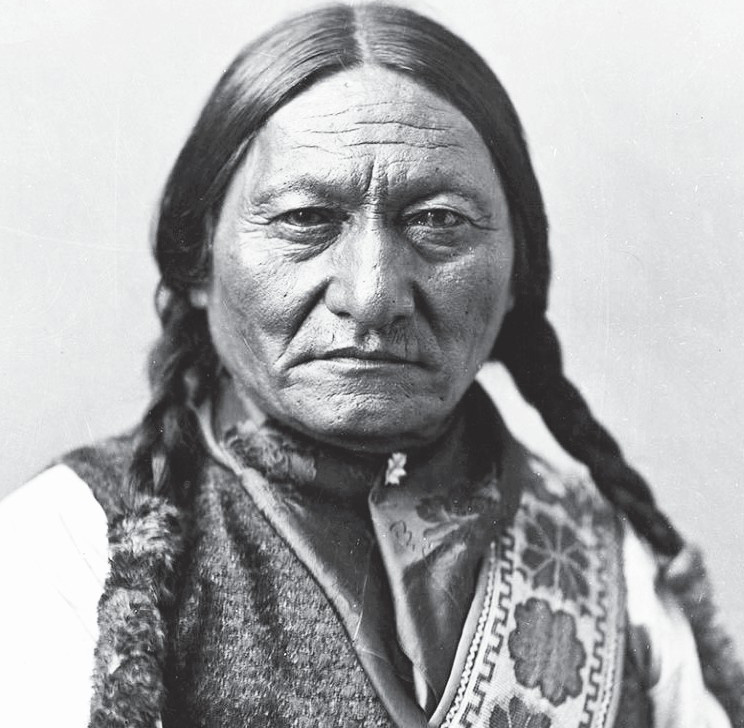 PIERRE –– With a March 10 deadline in view for South Dakota legislators to pass bills to the executive branch, several new laws and resolutions favoring members of the state’s nine federally-recognized tribal jurisdictions are waiting for Gov. Dennis Daugaard’s approval.

One of them is HCR 1011, “recognizing and honoring Sitting Bull, Tatanka- Iyotanka, a courageous warrior, statesman, dedicated leader, one of South Dakota’s first ambassadors to the world, and a man who remains an essential figure in South Dakota and United States history.” 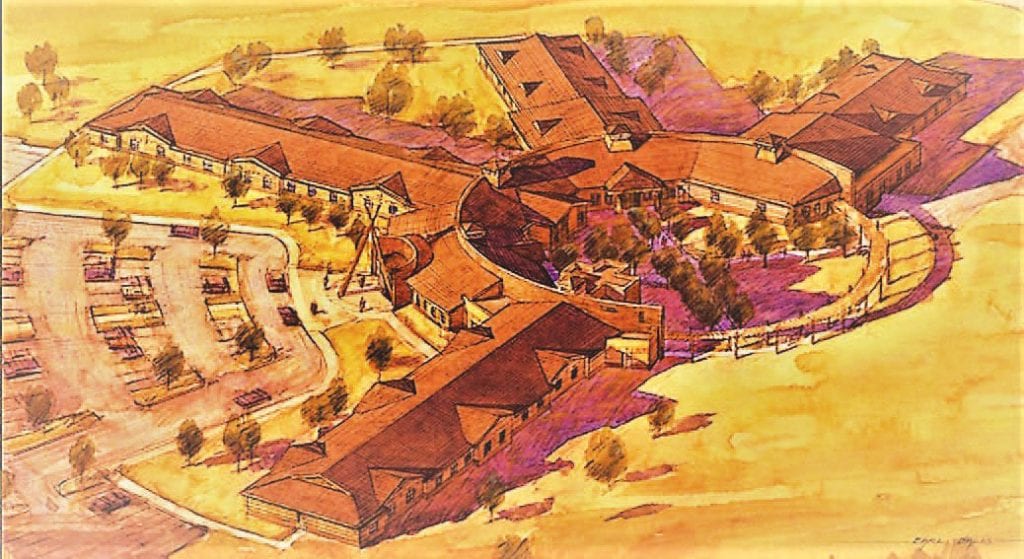 This artist’s rendering shows the Cheyenne River Indian Reservation’s assisted living center of Medicine Wheel Village in Eagle Butte, which can open a 50-bed nursing home, thanks to the signing of SB 57.

The tribes’ ranking state lawmaker, Dist. 27 Democratic Sen. Kevin Killer, thanked Dist. 19 Republican Sen. Stace Nelson for being the prime sponsor and speaking out for the resolution in the upper chamber of the Legislature.

“I applaud Sen. Nelson for taking the time to do that,” Killer told the Native Sun News Today. “In his floor speech, he mentioned there hasn’t been a lot of recognition of leaders from the 1800s.”

The resolution highlights Sitting Bull’s role in history, noting that “he gained the respect of the Lakota people as both a leader and a warrior and earned the title of Chief of the Lakota Nation.” (See full resolution in this edition.)

“By telling an accurate story at that level of government, it’s kind of bridging a gap,” Killer said.

Also passed unanimously in both chambers was SB 74, “to exempt the elected members of the governing board of any federally recognized Indian tribe from the requirement to register as lobbyists.”

Originating in the governor’s office, the exemption puts tribal council members and chairs on even footing with members of other elected posts, such as city council or county commission, when it comes to lobbying.

It eliminates the requirement for the tribal representatives to pay a fee for a lobbyist badge, even though tribes are not a part of the state’s structure as are cities and counties.

It recognizes “their inherent right to self-government, so I think it’s a good step,” Killer said after it cleared the House on Feb. 28.

The same day, heads of both chambers sent an act to provide a special tribal veteran license plate to the governor’s office, after it passed unanimously. Applicants for the tribal veteran plate qualify if they are tribal members and honorably discharged veterans who served on active duty.

The license plate has the same design as the Indian tribal license plate with the addition of the title of veteran. It entails a one-time $10 fee, on top of the standard to annual registration fees. The $10 fee is deposited into the treasury of the veteran’s tribe to be used for the maintenance, construction, and supervision of tribal highways and bridges.

Likewise, SB 118 passed both chambers unanimously, providing any state resident motor vehicle owner to buy a license plate with the design of the Dignity statue for a one-time $10 fee in addition to annual registration sticker prices. The fee money will deposited in the license plate special revenue fund.

Dignity is a 50-foot-tall stainless steel likeness of an indigenous woman in traditional dress with a star quilt, erected near the banks of the Missouri River in 2016 after a $1-million gift from Rapid City’s Norm and Eunabel McKie enabling nationally acclaimed local artist Dale Lamphere to create it for the occasion of the 125th anniversary of South Dakota statehood.

Killer counts as a success the passage in both chambers of HB 1071 to require the approval of the Legislature before any high level nuclear waste may be processed or deposited within state boundaries. To date, only the governor’s approval is required.

The site near Philip is set squarely between the Cheyenne River, Pine Ridge and Rosebud Indian reservations, whose tribal spokespersons oppose the project for fear it would lead to contamination.

Respec promotes the project as a scientific endeavor and endorsed the bill as part of its argument that the undertaking does not necessarily lead to a repository of dangerous radioactive materials in South Dakota.

Containing an emergency clause, the legislation would go into effect immediately upon receiving the governor’s signature, allowing him to create a public safety zone and buffer area in which he could exercise special powers.

It states that in the event of an occurrence “that may consume significant public resources, poses a threat to public or private property, and poses a threat to the health and welfare of the public, the Governor may declare any location within the state to be a public safety zone” and authorize any emergency action under the Public Health & Safety statutes “without declaring an emergency or disaster, within the public safety zone and within one mile thereof.”

Daugaard said he introduced the bill so he could avoid mistakes North Dakota made in a 9-month standoff with thousands of pipeline resisters from around the world. His concern is because TransCanada Corp. has reapplied for a Presidential Permit that could allow it to build the Keystone XL Pipeline across 11 South Dakota counties.

Killer noted that the Keystone XL Pipeline route runs through a lot of checkerboard lands, which are those where tribal and state jurisdiction are interspersed. He said separate and joint law enforcement responsibilities would have to be stipulated. “SB 176 could create division,” he cautioned. “I think it’s kind of a rush to pre-judgement.”

Property rights, tribal consultation, First and Fourth Amendment rights are among issues that need to be given further consideration in amendments to the bill before it passes, he advised. “I hope it happens before it goes to vote; otherwise it’s not going to pass,” he said. “It should be remedied and there’s still time to do that.”

The House State Affairs Committee was set to hear the amended version on March 6.

Meanwhile, HCR 1013 passed through the Senate on Feb. 28, over the solid “no” vote of Democrats: It endorses the construction of the Keystone XL Pipeline, which would carry toxic diluted bitumen (dilbit), aka tar-sands crude, from Canada to the Gulf of Mexico refineries and export facilities. The resolution passed the House on Feb. 24.

Killer recalled that TransCanada’s existing Keystone I Pipeline through South Dakota spilled its toxic payload on the farmland near Freeman at a cost of $9 million in 2016. A pipeline is “something that eventually is going to break,” Killer said. “It’s a matter of when, not if.”

He noted that the Keystone XL Pipeline route runs through 1851 Ft. Laramie Treaty territory that has never been ceded to the United States or South Dakota. “That’s the tribal component and I think that needs to be really considered,” he said.

Daugaard has already signed some bills, including one with an emergency clause that authorizes immediate operation of a nursing home at Eagle Butte on the Cheyenne River Indian Reservation. The 2003 Legislature had initially approved the nursing home at the Medicine Wheel Village, but that authorization expired and had to be renewed.

Medicine Wheel Village has been operating as an assisted living center. SB 57 allows the center to open a 50-bed nursing home at the location.

Until now, the nearest nursing home was 90 miles away in any direction. The new legislation will help tribal members who need the services to remain on the reservation, according to Administrator Kim Clown.