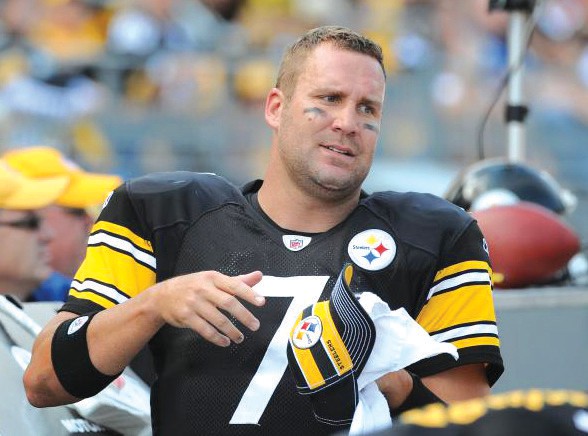 Football is about unpredictable as you can get. One of the hottest teams of the league are the (8-2) Pittsburgh Steelers who demolished the (6- 4) Tennessee Titans 40-17. Steelers QB Ben Roethlisburger was unstoppable casting 299 yards of completions and four scores. Three of those scores went to WR Antonio Brown who hauled in 144 yards and three touchdowns.

It was the (6-4) Detroit Lions who held off the (3-7) Chicago Bears 27-24. Lions QB Matt Stafford had the hot hand tossing for 299 yards and two scores. Lions Kicker Matt Prater kicked a 52- yard game winning field goal. Two teams with the same record of (4-5) were the Houston Texans who defeated the Arizona Cardinals 31-21. Texans QB Tom Savage filled in nicely with 230 yards in the air and a score. Speaking of teams with the same records, the (5-5) Green Bay Packers were scoreless against the Baltimore Raven 23-0. Ravens QB Joe Flacco regaining his form with 183 yards of passing and a score. 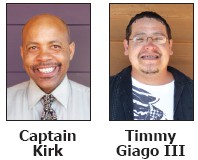 Flying under the radar are the (7-3) Jacksonville Jaguars who defeated the (1-10) Cleveland Browns 19-7. Jaguars RB Leonard Fournette was the leading ground gainer at 111 yards. When the Saints (8-2) went marching into victory escaping (4-5) Washington 34-31. Saints QB Drew Brees was in the driver’s seat amassing 385 yards of completions along with two touchdowns. Towing the ball from the ground was Saints RB Mark Ingram who rumbled for 134 yards as well. “Can anyone stop the (8-2) New England Patriots?” inquired the Captain. Their initial first game lost to the Chiefs had many in question but not anymore. NFL fans in Mexico City were treated to the routing of the (4-6) Oakland Raiders 33-8. Patriots QB Tom “Terrific” Brady casted a total of 305 passing yards and three touchdowns in the win. Brady finished the outing with a 131.9 passer rating.

A much anticipated match-up between the (7-3) Los Angeles Rams and the (8-2) Minnesota Vikings left Vikings fans cheering as their team dominated the Rams 24-7. It was Vikings RB Latavius Murray who was the star rumbling 95 yards and punching in two touchdowns for the win. “It is a fact that when the number one offense meets the number one defense, the defensive record is (12-3),”noticed the Captain. In Los Angeles, the (4-5) Chargers had a field day to the expense of (5-4) Buffalo Bills replacement QB Nathan Peterman who threw five interceptions is a 54-24 loss. Bills RB LeSaun McCoy predicted the Bills disaster ironically as Bills QB Tyrod Taylor was benched in favor of Peterson. Chargers QB Philip Rivers showed his veterans’ experience by tossing 251 yards of completions and two scores. After the matchup Bills Head Coach Shawn McDermott stated, “I don’t regret putting him in there, I just regret the outcome!” In Denver, the fans are a little restless after dropping six straight games as the Broncos (3-7) succumb to the (4-6) Cincinnati Bengals 20-17. As in the last four games the Broncos spotted points to their opponents the ball deep in their own territory. This time, as the Broncos were about to score on their opening drive, Broncos QB Brock Osweiler threw an interception in the end zone. Bengals CB Dre Kirkpatrick intercepted and returned the ball for 100 yards to the Bengals one yard line. The Bengals did very little offensively throughout the contest but two key Broncos turnovers led to touchdowns which were their demise. Broncos QB Brock Osweiler tossed for 268 yards and a score in the loss.

In Miami, it was the Tampa Bay Buccaneers who improved (4-5) defeating also (4-5) Miami Dolphins 30-20. Buccaneers back up QB Ryan Fitzpatrick was the star throwing for 275 yards and two touchdowns in the contest. In Dallas, the absence of RB Ezekiel Elliot showed as the (5-5) Cowboys were downed by the league’s best team Philadelphia Eagles (9-1) by the score of 37-9. Eagles newly acquired RB Jay Ajayi solidified the Eagles ground game with 91 yards on the ground for the win.