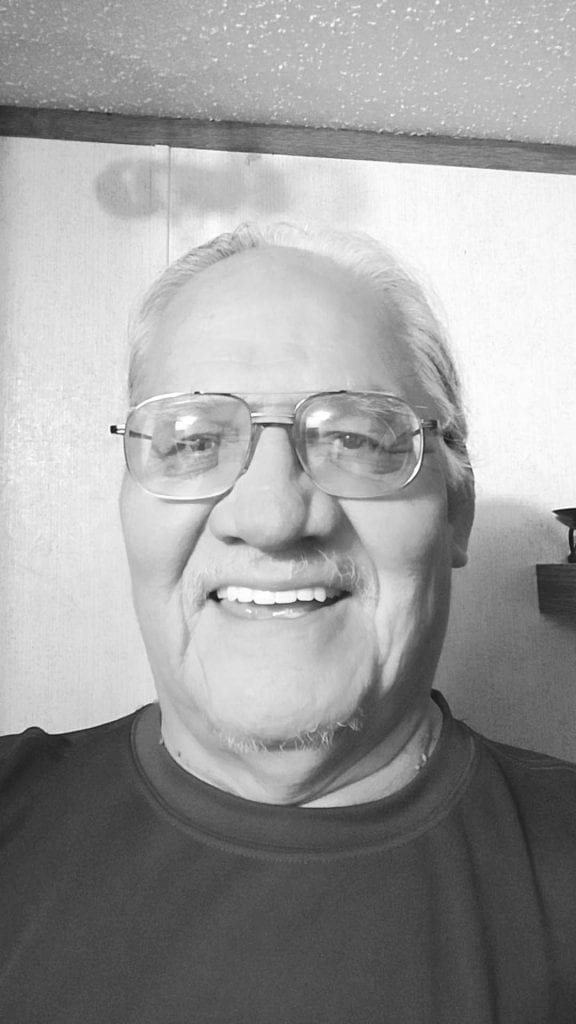 Thinking about life on my home land, I recall reading a phrase in a magazine, “give a man a fish and you feed him for a day; teach a man how to catch fish and you feed him for a lifetime.” I was mildly surprised to learn that this phrase is not an ancient Chinese proverb nor is it a biblical quote. It was first coined in 1885 by an English novelist, Anne Isabella Thackeray Ritchie (1837–1919).

Primarily, this expression implies that providing for one’s self is better than having to rely upon someone else. In other words, work ethic refers to the belief that there is moral benefit in work (earning) and its inherent ability to strengthen character. Our ancestors lived by work ethic which allowed them to be a strong and influential people.

Even as recently as the 1950s, Lakota people enjoyed a kind of independence which I don’t see today. For example, nearly every home had a large garden, a root cellar, canning equipment, and implements with which they cared for and raised crops and livestock. They also built their homes from hand-hewn logs. They worked hard to make a decent life within the confines of reservation life.

Even then things were changing. As a young boy I recall seeing a particular act being performed by certain elders. I simply accepted it thinking it was part of Lakota culture. As I aged though, I can see its negative effects progress to where nearly every young parent or child caretaker is doing it wholeheartedly. Basically, older generations effectively transmitted this debilitating activity to their youth.

This subtle act is often called enabling. As a result, many young adults today seem to harbor unrealistic expectations as they are expected to venture out on their own. Many feel they are entitled to live the pampered lifestyle they grew up in. Many young adults believe their parents owe them financial assistance since they were always rescued from the burden of responsibility when they were children.

It seems normal to assume that it is these people who make up our unemployment stats and the state welfare rolls. We do have many who grew up relying on their grandparent’s fixed income to meet their basic needs, such as food and shelter, not to mention cigarettes, gas, and even transportation. In other words, we now have generations of Lakota people that expect someone else to take care of their needs.

Ideally, the primary job of a parent is to prepare their children to function in the world by teaching them the skills required to become self-sufficient and productive members of society, both Lakota and non-Lakota. We all stand to benefit from earning the things we need or want. This is the only way for us to appreciate what we have.

An example of this disparity can be seen in many homes. I have seen tribal housing units with holes in the walls, missing floor tiles, torn screens, broken windows, and backed up sewage. Many expect the tribal housing authority to fix the tenant inflicted damages. It appears the housing authority is overwhelmed because these damages have remained unattended for long periods of time.

As to who is at fault in this disparaging situation, it is the parents and or caretakers who are responsible for their children. Continuously rescuing children from their choices and consequences is a classic example of this enervation. We must learn to help them see the realities of the world. Once they become adults, it is nearly impossible to turn them around.

I have learned all of this via personal experience. Today, as an older married couple, we talk often about how, as a young married couple, we struggled to make ends meet. We always made sure our children did not have to go without. However, in that process, we helped contribute to this disparity that is afflicting our nation.

Initially, I thought we were simply compassionate Lakota parents who believed our “caring” ways were traditional. Then we realized years later that we had seriously misconstrued our Lakota virtues like generosity and compassion.

Part of this is attributable to our lives prior to becoming a married couple. We were each “dirt poor” and grew up in one-room log cabins without electricity or tap water. We tried very hard to keep children from experiencing this same.

I was fortunate to have learned early about work ethic as our parents took my brothers and me with them on their seasonal agricultural labor treks where we worked for our money. At thirteen years of age I was driving a large truck while my father and older brothers loaded it with heavy bales of hay for five cents each. I and my younger brother picked green beans together and got paid for it.

What can be done to stop this? Providing jobs on a large scale has failed several times in our past. A large portion of tribal members now reside and work off the reservation. The community around out home land proved the capability to work and earn but it is not good for our land and sovereignty as they are being continually eroded away by non-Lakota interests.

I remember, in a college class, being asked what my thoughts were regarding this addictive and debilitating dependency and without hesitation, I said, “get rid of welfare completely.” Talk about backlash, I was subjected to an extreme reaction by my classmates. I’m not saying this is the solution, but what else can be done to end this debilitating dependency.

Perhaps a tribal ordinance criminalizing the act of taking responsibility for another’s negative conduct is in order. Educating the tribal public about the debilitating results of this activity will take a long time but it should not be ignored. Parents can also educate themselves and make adjustments and contribute to ending this weakening characteristic with their own children.

Eventually, we must come to a realization that we, as a culturally distinct group of people, are in a very bad way. Enabling occurs discreetly, usually within the confines of the home. However, its enervative outcomes are very obvious across the home land wilting the entire Oyate (nation).

The only thing I hope to do with this article is to open some eyes to this dire situation which affects all of us in one way or another. Awareness is usually the first step to absolving any situation.