The boarding schools: How to ‘uncivilize’ an Indian 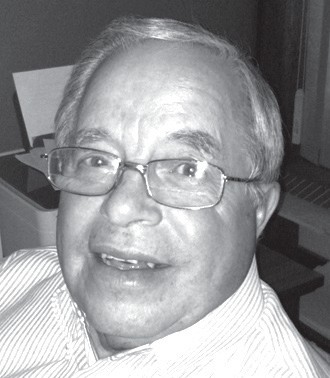 The federal government decided in the late 1880s that Indians had to be “civilized.” Indian agents arrested Indian leaders from the Apache, Assiniboine, Lakota, Cheyenne, Crow, and many other tribes and held them as prisoners for refusing to let their children be taken away to attend Indian schools. Robert Milroy, the agent at Yakama, sent his reservation police to arrest the parents of children who were not in school.

The BIA sent Army troops to the Hopi reservation in 1890. They rounded up 104 Hopi students and took them away to the local school at Keams Canyon. But the Hopi people resisted letting their children be brainwashed. When 19 traditional leaders of the Hopi Tribe refused to let the government agents take their children away to school, the soldiers arrested them in 1894 and imprisoned them on Alcatraz Island in San Francisco Bay for almost a year.

They were arrested on November 25, 1894, and arrived on Alcatraz, a military installation, a month later. They had traveled by horse, foot, train, and boat to reach the island. The Army held them there until August 7, 1895, when they were allowed to return home.

Two Modoc survivors of Captain Jack’s holdout in the lava beds of northeastern California were sent to the prison on Alcatraz Island, where one of them, Barncho, died of consumption. Sloluck served the longest term of any Indian on Alcatraz; he was finally released in 1878 and allowed to join his Modoc people in Oklahoma. They got off lightly compared to Captain Jack—he was captured and hanged on October 3, 1873. is body was later dug up and embalmed and made into a carnival attraction. Shoshones, Apaches, Paiutes, and Papagos were also imprisoned on Alcatraz, most on the same kind of trumped-up charges as the Hopis.

Children were normally enrolled in the boarding schools for four years. Some, however, stayed as long as seven or eight years. When they left, as many of them said later, they were fit neither for life as an Indian nor accepted by the whites to live among them.

For decades, the children in the boarding schools were required to wear uniforms. They had to work in the fields, the boiler rooms, the dorms, and the school buildings. They grew much of their food in the fields and gardens that surrounded each school. The boys operated mangles, which rung the water out of clothes. Many of them were also injured by the mangles. They also operated hay balers, hay rakes, plows, disks, harrows, sod busters, and other farm implements. The teenaged boys did a man’s work in the afternoon, after they had been in the classroom all morning.

The Indians do not take kindly to these schools. It has been necessary to use force to get pupils and keep them in school. It is one of these cases, however, where force must be added to persuasion and reason to have the Indians do what is best for themselves.

The dorm aides cut the long hair off the boys on their first day. For most tribes long hair was a source of pride. Many of the boys came to school with their long hair in braids. They were forced to have their hair cut short in military style. This braided hair was a symbol of their manhood, and its loss was a highly charged cultural affront. Girls had their hair cut back as well.

Boys cried when they were forced to have their hair cut off. Lone Wolf, a Blackfeet child who was sent to Carlisle, said:

Our belongings were taken from us, even the little medicine bags our mothers had given us to protect us from harm. Everything was placed in a heap and set afire. Next was the long hair, the pride of all the Indians. The boys, one by one, would break down and cry when they saw their braids thrown on the floor. (Swift)

They also got new English names. This often took long periods of time, with interpreters translating a name in the native language into English. Then the government agent or missionary would take the English name, usually shorten it, and assign a first name to go with it. The child would end up with a translated name like Amanda Two Bulls, which most of the Northern Plains people still use.

By taking away a powerful symbol of their identity, the matrons let them know that they could no longer be Indians. Now they had to learn the white man’s ways—his language, his culture, his history, his manners, his customs, his ways of making a living, his ways of observing religion, and his manner of dress. All the boarding schools included mandatory church attendance on Sundays for their students.

Students raised most of the food they ate. The schools had farms and large fields for clover, potatoes, vegetables, and fruits. Male students worked in the classroom in the mornings, and then went to the shops or the fields for the rest of the day. The boys milked cows, ran plows and disks, and hoed the rows of crops and vegetables until the end of the day. They went to the poorly maintained shops and did repairs to the buildings, made furniture, and built new buildings. Male students built many of the dorms, classroom buildings, auditoriums, and residence halls at Indian schools.

Both boys and girls typically got only one or two changes of clothes each, so cleanliness was always a problem. The lack of cleanliness also contributed to the spread of diseases. They typically bathed only once or twice a week, even when the boys were outside working in the fields for several hours a day.

In the summer students were outsourced in a program called the “outing system.” They worked for local farmers and business people who used them as cheap laborers. Boys worked as farm laborers and girls worked as housekeepers and maids. Both were supposed to be learning valuable skills that would turn them into assimilated solid citizens. In fact, they were often not paid for this work. When they were paid, they earned one to four dollars a week. In effect, the Indian children had become indentured servants, just one tiny step above being slaves. The Meriam Report condemned the outing system. It was, the report said, only a way for local families to have cheap labor in their homes and in their fields. The children seldom learned anything of value by being maids and farm hands.

The schools promised Indian parents their children would learn a vocation at Flandreau, Haskell, and Chilocco. But until the 1930s the vocational courses were only sparsely offered. What the children mostly got was immersion in learning the English language and the culture of the frontier white people (Child). The courses of study prepared them for the very lowest level types of jobs, such as motel maids, house maids, matrons, and hairdressers for the girls. The boys were supposed to be trained as carpenters, brick masons, welders, and electricians, but in fact most of the schools did not employ competent journeymen in the trades who were qualified to teach these vocations. Students thus left school with at best a cheapened version of the lowest-paying jobs in the U. S. economy.

This system lasted until well after World War II. Many Navajos had never been to a white man school until after the war, so the BIA picked them up and sent them to Chilocco in Oklahoma, Intermountain in Utah, and Sherman in California for four to eight years to be educated. Some of them were 25 or 30 years old when they finally got to come home.

The success rate was abysmal, with only about 10% of the students getting the equivalent of a high school education. Many of them ran away, including Tim Giago and Dennis Banks, and many died and were buried at the schools. The cemetery at Carlisle Indian School has the bodies of 186 students who died there; most of their parents never saw them once they left home. Chilocco has 100 graves. Sherman has 69. Many are buried at Holy Rosary Indian Mission (now Red Cloud Indian School) in unmarked graves. Giago’s book “Children Left Behind” explains in detail his days at the mission boarding school.