The discovery of alien life would change everything

In the realm of scientific reality I think it would be presumptuous of us to say that in a solar system filled with billions of stars and planets we are the only planet that supports life.

I heard a noted astrologist say the other day, “We are not alone.”

Like all things yet to be determined we cannot deny or accept his summation until there is further proof, but as I said, the possibility of living beings existing in our universe is real.

We are not too far away from knowing the answer to many of the questions that have plagued mankind since the inception of time. The world of technology is evolving so rapidly that things that we thought to be impossible even 10 years ago are now common knowledge. 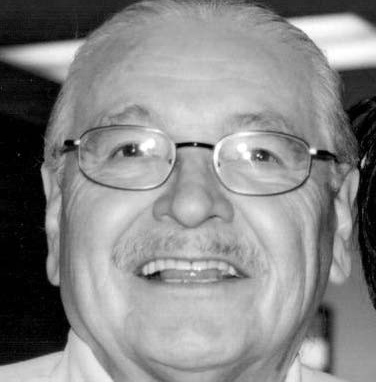 Twenty years ago we typeset our newspapers on Compugraphic Typesetters. The typed film was then waxed and rolled on to layout sheets, and then photographed and the images pressed on to aluminum plates, attached to rollers on a printing press, run through ink and voila, out came a printed newspaper. Now nearly all of this time consuming effort is done by computers. The instant ability to communicate by cell phone and the extremely rapid advances in social media is mind boggling. The point I am trying to make is that we get closer and closer to the scientific breakthrough that will open the doors to the universe every day.

It has always been my belief that there is life out there. One would have to be a total nincompoop to deny such a fact, and in the mind of every scientist on the planet, it is a fact.

I am trying to imagine the repercussions rattling every religious denomination in the world if and when we do discover life on another planet, or when life on another planet discovers us. Let’s set aside everything we have heard to date about UFO’s and of little green creatures found in a crashed space ship near Roswell, N.M.

There is no doubt that science fiction has led us down many roads of disbelief. A lot of crazies came out of the woodwork over the past 75 years creating myths and misconceptions about alien beings. But that was then and this is now. So many of the scientists and astrologists of today are making discoveries that boggle the mind. More and more planets with the ideal conditions to support life are being discovered every day.

The problem is that the human race has so fortified itself about its own superiority that it has diminished even the concept of life on other planets. There is no mention of the existence of life anywhere else in any of the religious books like the Bible, Koran or Talmud.

And where do you see the existence of the dinosaurs in any of these books? There is evidence galore that millions of years ago giant dinosaurs ruled the planet earth. Why don’t the different religious books acknowledge this proven fact? The fossils of many dinosaurs were excavated right here in the Badlands of South Dakota.

How believable will the religious leaders of this century be if and when they are confronted by life forms beyond their imaginations and beyond the scope of their religious dogma?

Even the Lakota wicasa wakan, holy men, will be forced to reassess their deep seated religious spirituality when faced with a reality beyond anything they ever envisioned. In his book Legends of the Lakota James LaPointe writes about the Milky Way in spiritually and not scientifically. He wrote, “The Milky Way splits into two parts, one branch continuing endlessly across the sky, the other branch breaks off a short distance and then fades away in a faint nebula. At this split in the Milky Way, Lakota legend says there stands a Divine Arbiter of the souls of the dead.”

As flexible as the religious books are when it comes to interpreting what is good or bad for mankind, you can bet your bottom dollar that they will find a passage in their books that will address and explain the unexplainable.

But time marches on and we are blindly marching down a road to the unknown and there is no school or church that can teach us about what to expect and what to do when we are forced to confront that great unknown. Will a prayer help? Ask a Karl Marx.

(Contact Tim Giago at najournalist1@gmail.com. An alumnus of Holy Rosary Indian Mission he was inducted into the South Dakota Hall of Fame in 1997)