The girls also came to fight 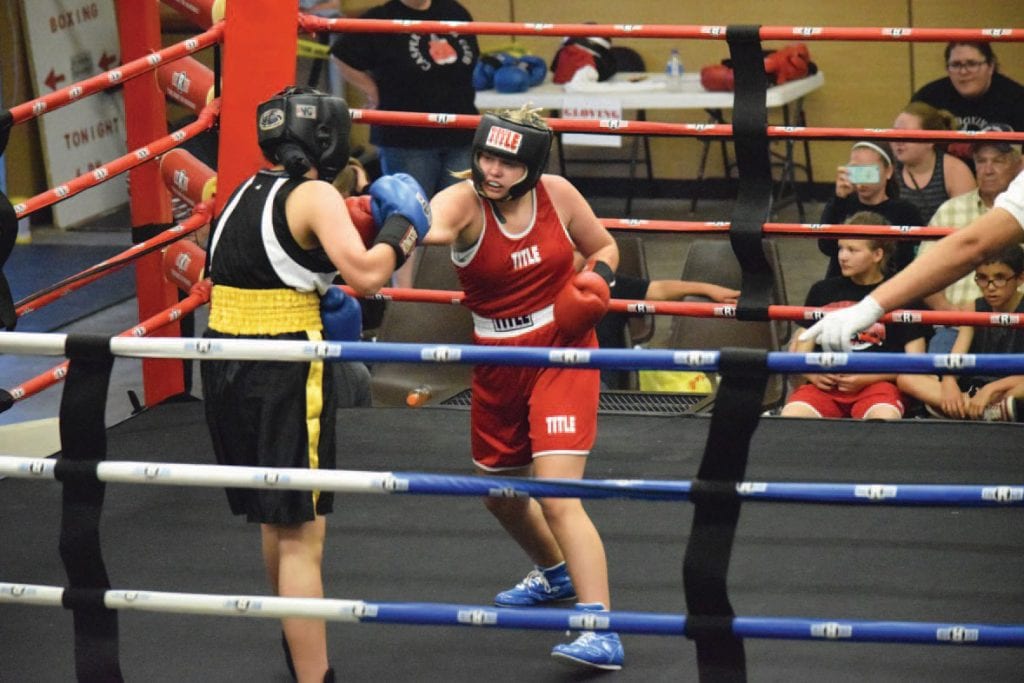 Spearfish’s Kylie Kilmer won a tough battle at 130 pounds in the final bout of the evening over Minot’s Francine Church.

RAPID CITY—Saturday night a large crowd packed the Martinez Boxing Gym, and the action got hot inside, in more ways than one. The garage doors were eventually opened wide to allow circulation, but 14 champions were crowned, five champions in the Girl’s divisions, many of these fighters displaying skill and guile in the squared circle to rival the Boys.

The Costalez sisters from Casper, Wyoming, Amber at 106 lbs., Destiny at 106 lbs., and Octavia at 100 lbs., continued to impress with their all around abilities, although only Destiny won her bout. The final bout of the evening, and the most hotly contested, was at 130 lbs., between Spearfish’s Kylie Kilmer and Minot’s Francine Church. Church had the better style, the longer reach, but the workhorse Kilmer knew how to get the most out of her skills. She got inside, she forced the action, she controlled the tempo, landed the harder blows, and displayed ring generalship that earned her a hard fought victory.

Stout and physically strong, Kilmer has a work ethic in the ring that will allow her to hold her own with more skilled opponents and defeat her fair share.