There was something missing on the DAPL panel in Aberdeen

We came, we saw, we conquered 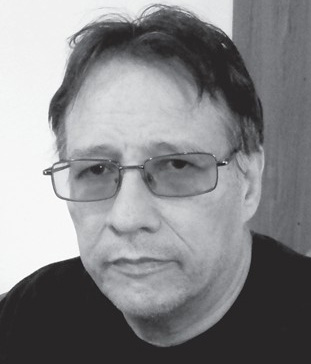 It’s a long drive from Aberdeen to Sturgis at the crack of dawn, plenty of time to think about things, and on this particular drive, I realized something I wished I had realized back in Aberdeen.

A few weeks back they held the joint South Dakota and North Dakota Newspaper Association awards in Aberdeen. During the three-day event a panel discussion was held on DAPL. Three people were present on the panel—Tom Iverson, the press liaison for local law enforcement, and two members of the press he worked with, the Bismarck Tribune’s Caroline Grueskin, and Amy Sisk, Prairie Public Radio.

We all got to hear their take on what went down north of the Cannonball, but missing from that panel were any journalists from any tribe, and after I raised my hand and pointed this out, the panel offered dead silence for a response. A man grabbed a mic, far off to the left of me, and said attempts had been made to include some guy named Begay on the panel. But he declined, so there they sat. I didn’t press it at the time, but why just this Begay? Begay is a Diné surname, and the guy was apparently operating out of Montana. Why had none of the journalists from local tribes been contacted or invited? We were all members of the Newspaper Association, for goodness sake, the Native Sun News would take home the General Excellence Award, we had won 15 awards. Are Indians so obscure and suspect as qualified journalists that we didn’t warrant inclusion on such a panel?

Personally, I didn’t qualify, I didn’t cover DAPL closely enough. But plenty of other journalists did. Even if you knew none of them, because you operated too exclusively and dismissively in the world of White people, how hard to find them, given all you had to do was contact the respective newspaper associations?

At any rate, after the panel discussion concluded, Tony Bender, a past president of the North Dakota Newspaper Association, came over to my table and introduced himself and we had a terrific discussion. Bender had been on the ground at DAPL when the attack dogs were used. He gave an eye-opening account of what really went down. It seemed to me his eyewitness perspective was of fundamental relevance to such a panel.

Also present at our table were Grueskin and Sisk, intelligent, engaging, a pleasure to talk to, and they had no problem openly discussing the difficulty inherent in having to report such a controversial experience.

Grueskin admitted she was from the urban east coast, and she had had to learn a lot to understand the issues and people involved, and maybe her first reports from the protest site reflected that learning curve. She was very gracious and articulate, and Sisk every bit as much so, and I realized as I talked to them, none of these journalists were against our cause or our people. They were principled professionals of conscience. I wanted our discussion to last, because such discussions are rare, and so rewarding in Lakota country, but our time ran out, and it was off to the next scheduled event stop.

Hundreds of miles to the west that next morning, as the far horizon revealed the signature outline of isolated Bear Butte, I realized something I failed to realize in Aberdeen.

Tom Iverson, the law enforcement rep, had failed to come to my table. I had walked out of that panel discussion with the busi- ness cards of every other participating journalist, and then some, from many attending the discussion, but no Tom Iverson. For whatever reason he did not feel the compulsion to come to the table where every other person he had just interacted with had relocated.

I realized that our actions often inadvertently reveal deeper truths, truths we may not even be consciously aware of, but powerful enough to dictate decisions, to alter operational outcome. Iverson didn’t realize it, but he had sent a loud and clear message to me as a Lakota journalist.

He could call me tomorrow and it would make no difference. He did not come over to my table because he really saw no need to talk to me for any reason, he did not share whatever had prompted all these other journalists to engage and express their heartfelt perspectives.

He saw me as an adversary, and I believe that was his attitude toward the water protectors the entire time he was up at DAPL, and still is. It is a reflection of the attitude of the people that hired and entrusted that role to him.

It is clear to me, from what he said during that panel discussion, his attitude was that local law enforcement had an obligation to not retreat and to protect DAPL property, that this obligation meant rubber bullets, tear gas, water cannons, and attack dogs, all these reactions totally justified— and, had it come down to it—the killing of water protectors would have been warranted, because valuable construction equipment is worth far more than the lives of aboriginals protesting for deeply principled reasons they hold sacred.

North Dakota law enforcement mentality was simple: we have taken this land, we have imposed our laws, you have no power and do not matter, and how dare you protest that reality.