This, that and the other thing 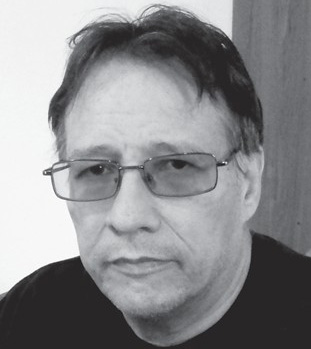 Every now and then stuff builds up you have to address, and we can take at least one column to address that build up.

Two weeks ago Douglas High School hosted the Rain- In-The-Face basketball tournament. Eddie Bromwich brought a Game Changers team to the tournament, which had a 16-year-old player on a 13-15 age group team. I reported his team was out on a forfeit because of that player’s ineligibility, which was factual, but not the whole truth.

According to Bromwich he got approval by email from tournament director Adonis Saltes, to play his 16-year-old because he turned 16 only four days before the tournament. Later, when Nellie Long, of Sioux Express, correctly pointed out the player was 16, a meeting was held which resulted in the 16-yearold’s ineligibility, and the five-minute showdown.

The point to be made here is that none of the players and coaches, on Game Changers or Sioux Express, intended to cheat anybody. They all took, what they thought, were above board steps in entering and competing, and a series of unfortunate events resulted in a controversy. Apologies to Coach Bromwich for any misrepresentation of his team or intent.

Now, on to club baseball. If any of you have attended a high school club baseball game you know they are surprisingly entertaining. But because the sport is not sanctioned by the South Dakota High School Activities Association, they have no schedules or results at the SDHSAA website. The website for South Dakota High School Baseball, hasn’t had their info updated in some places since 2015. The coaches are easy to talk to, the games are a lot of fun, but the league is managed badly. Attempts to contact management are unsuccessful.

What we should note here is that a lot of great club baseball is produced by people volunteering their time and effort. The glass is much more half full than half empty. My complaint is that there is no information source which has current coaches, rosters, results, or schedule changes. I have shown up at a scheduled game and had neither team present, and attempts to find out what happened hit brick walls.

Club baseball can match any sanctioned sport for entertainment value. It is a shame their play-offs were not covered well because it was difficult for press to get results and schedules. American Legion ball will be getting underway and I encourage fans to attend games. This paper plans on covering Legion ball this summer. Baseball is one sport we play well in South Dakota and seven inning games are just the right length, the pros should consider doing same.

Finally, the lack of Lakota participation at the state track meet was disheartening. Those that did compete, did well, and deserve praise, but the vast majority stayed away, playing tournament basketball or maybe just video games. The kids at Winner show what happens when you take a proactive hand in encouraging athletes to compete, not just specialize. Winner uses the same core of athletes to excel at every sport. No high school does it better, they are a model on how to run an athletic program. Even if the name of their town was Loser, instead of Winner, they’d still be winners. A town named Loser would be funny, until they started beating you 54-0 in the state football title game, like the folks at Winner did to Groton Area this season.