Time to head for the Great Upstairs

But is that trip really necessary? 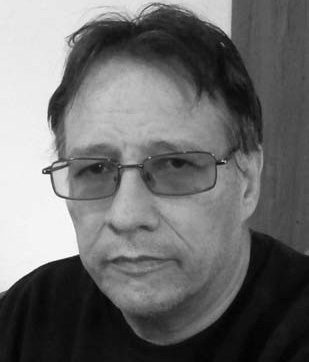 For decades my mother used to say, “This will probably be my last summer,” and we’d perform our impression of her saying that for people being gloom-and-doom ridiculous over something, until, one summer, it really was Mom’s last summer.

My dad used to say, “Gonna outlive all my enemies.” He didn’t, he died of heart failure at 58.

Both my parents had expressions they would use over and over again, which I have shared with my children, and which I will share here, but they will still eventually be lost forever, because when my parents died, only the impressions of them using these expressions remains. I never use them save to laugh how they used them.

“Nancy took my hairbrush!” Scream that a little louder, they haven’t heard you over at the K-Mart yet. Then there’s the Great Upstairs. I have always regretted never living in a home where the boys had upstairs bedrooms, so when it was time for bed, I could say, “All right kids, time to head for the Great Upstairs.”

One expression I do occasionally borrow from my mom is to tell people they are “full of prunes.”

Most of my Dad’s expressions were picked up during WWII, so can’t be repeated here, about the only ones that can be shared here, being, “Well, I’ll be a stripe-pid assed ape,” or, “You Ethiopian Bearcat!”

You couldn’t understand my Dad much when he blew a gasket anyway, because he would stick his tongue out of his mouth. Lots of people do that, I catch myself doing that. I take pictures of basketball players doing it. But he would stick his tongue all the way out the side of his mouth, until you thought it would reach his collar bone. One time he reached over and grabbed me by the hair and yanked me off the sofa, because I wouldn’t do what I was told, but with that tongue in the way, I couldn’t understand a word he was saying.

Whenever he was super mad, he’d start hollering with that tongue out, and you’d just scramble all around desperately trying to figure out what it was had him riled before he clobbered you.

One thing he did when answering the phone, which I don’t understand, but he found hilarious, was say, “Joe’s Pool Room, Little Eight Ball speaking.”

Both my parents would sometimes say, “Is this trip really necessary?” Other adults would laugh, we never could figure out why, not until we were older and studied WWII. Google it.

My parents weren’t the only ones who said funny things. My sister Robin had a way with words. One time the cat jumped up on the table after the turkey on her plate and she said, “These cats! They’re acting just like animals.” Another time she made some Kool- Aid and the kids drained it quick, and she screamed, “These kids are drinking it up like it was Kool-Aid!”

We open our mouth and stick our foot in it more often. Once we wanted to take a drive down to Cascade Falls, but there had been a rash of accidents on that stretch of highway, so I said, “No, I don’t wanna be in a fatal accident.” My friend, who was driving, said: “Nothing to worry about, I’ve never been in a fatal accident before.”

My parents would have just said, “Is this trip really necessary?”