Trying to beat the “Rush” to see the Jersey Boys 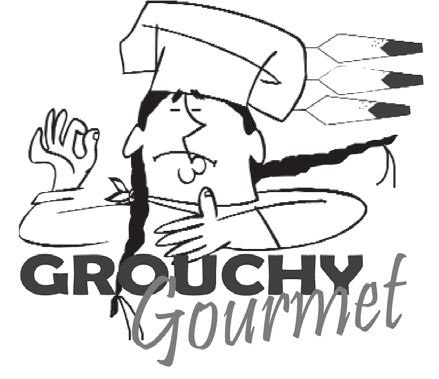 It isn’t necessary to order an entrée meal at Chili’s Grill and Bar on Haines Avenue to fill up.

Grouchy found this out on Saturday night when, with guest in tow, Grouchy stopped by Chili’s to test out the cuisine. The Rush were about to play game that night and Chili’s seems to be a favorite snack place for Rush fans headed to the ice arena.

As a matter of face Grouchy and guest were headed to the Jersey Boys concert at the Civic Center and stopped at Chili’s for a quick snack. After looking over the menu they decided that each of them would just get an appetizer instead of a full meal. Well guess what: They couldn’t even finish the appetizers because there was so much there.

The server’s name was John and he had a “manbun.” Other than that he provided outstanding service. Grouchy’s guest ordered the Classic Nacho and John said it wasn’t all that large so it would make a nice bit-sized snack. Grouchy ordered the BB Chicken wings without bones and they were delicious, but Grouchy couldn’t eat all of them at one sitting either.

And so out came the “Go-boxes” and the unfinished appetizers were saved for another day.

The Classic Nachos came to $10.29 and the Chicken wings to $11.99. The total meal with drinks came to $26.95. Oh yes, Grouchy tried a stop at Applebee’s, across the street from Chili’s first, but there was a 20-minute wait to be seated and Grouchy and guest were in a hurry to catch the Broadway Show at the Civic Center. Ironically, the last time Grouchy ate at Applebee’s was when the Bob Dylan Concert was in town and Grouchy had tickets for the show.

The meal that night turned out to be really lousy as was the Dylan Show and so Grouchy wrote a pretty bad review on both. The Jersey Boys turned out to be a really, really good show that brought back a lot of memories for many middle-aged and older people. A change of pace Grouchy made a quick stop at Wendy’s up on East North Street one day last week for lunch. Grouchy heard about the spicy Chicken Tenders that came with fries and a coke for just $5.00. Grouchy’s guest that day had just read a survey that compared the burgers at McDonald’s, Burger Kings, and Wendy’s and the survey showed that Wendy’s had the best burgers.

Grouchy’s guest didn’t believe in surveys so she decided to be her own judge. After sampling the Single Cheese Burger Combo she had to admit that the survey was right. Wendy’s did have the very best burgers and this from a longtime McDonald’s compatriot.

As an afterthought, the parking lot at the Civic Center was jam-packed because not only was there a Rush game going on, but the Broadway Show The Jersey Boys was also happening at the same time. Bad timing?