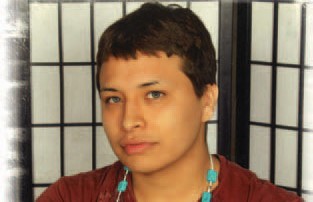 Tyler lived in Allen all his life, he was very proud that he came from the North Corn Creek Buffalo Corrals.

He was a student at American Horse School and graduated middle school from Little Wound School. He attended and graduated from Little Wound High School in 2011. Tyler was a current student at Pass Creek College Center. Tyler was known by many names by many different people as well as his own names he created. Tyler had many, many special family members who raised him from a baby and throughout his life. Tyler’s joy in life was playing hand games, singing, beading, dancing Fancy bustle, practicing his beautiful Lakota language and spirituality. His love of coffee, beadwork, powwows and hand game tournaments will be remembered by many. Tyler was very loved by the Oyate and he loved the Oyate very much just as they loved him.