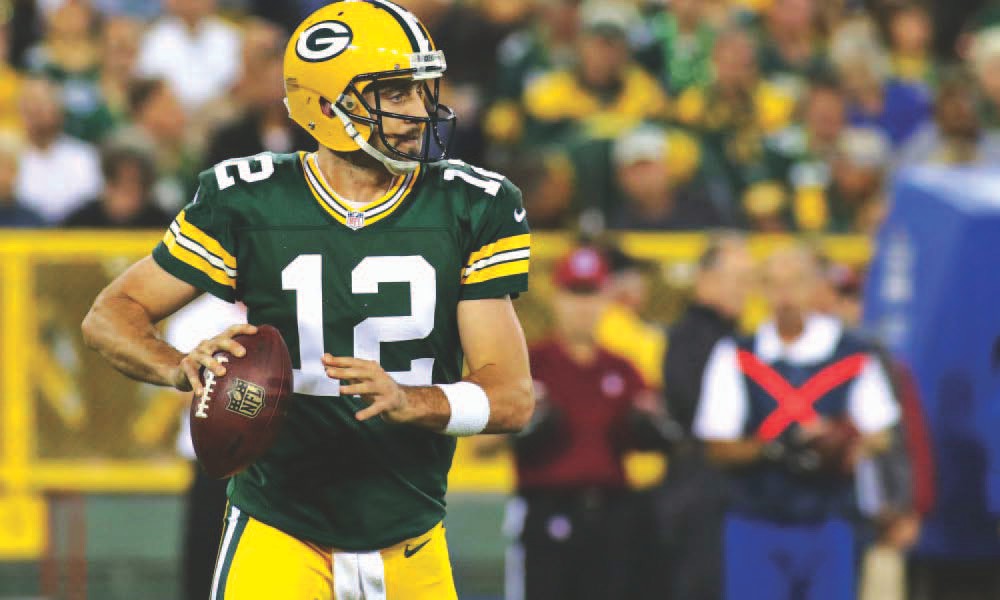 “Top teams around the league fell to the underdogs,” chided the Captain. I am sure Commander Timmy has the latest updates for us. “Aye, I do as players and coaches around the league were united locking arms in solidarity. Some teams such as the Steelers, Titans and Seahawks chose to stay in their locker rooms.

In the London Bowl many players kneeled I noticed three Green Bay Packers sitting on the bench during the National Anthem,” stated our guru. These silent protest occurred around the league largely due to Trump’s remarks about firing players who don’t stand for the anthem. Of Kaepernick he said, “Get that son of a bitch off of the field.” 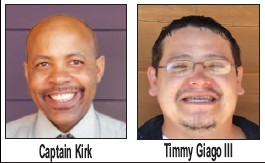 In support of Trump the Political Action Committee (PAC) has started an ad campaign to encourage NFL fans to “switch off the set” and watch a patriotic movie instead. Thursday Night Football Game offensive battle between the (2-1) Los Angeles Rams who defeated the (0- 3) San Francisco 49ers 41-39. RB Todd Gurley rushed for 113 yards and two scores. Rams QB Jared Goff remained on fire tossing for 292 yards and three scores. In New York it was the (1-3) Jets who broke into the win column defeating the (1-1) Miami Dolphins 20-6. Jets QB Josh McCowen had a great day passing for 249 yards and one score.

(2-1)Minnesota Vikings resurged from last week’s loss with a 34-17 win over the (1-1) Tampa Bay Buccaneers. A new hero arose for the Vikings as QB Case Keenum received the game ball for completing 369 yards and three touchdowns. In a second overtime game the (2- 1) Green Bay Packers escape in a “see-saw battle with the (0-3) Cincinnati Bengals. Packers QB Aaron Rogers took control passing for 313 yards in the victory.

“Thank you Timmy, interesting though if the President fired all the players over the anthem there would not have been any football this week,” noticed the Captain. If the PAC encourages fans not to go to games isn’t that a form of protest that will also drain revenue sales from the league? I will continue with scores.

Many upsets this week as the (1-3) Chicago Bears upset the (2-1) Pittsburgh Steelers 23-17. Chicago Bears RB Jordan Howard was the star rumbling 138 yards in the overtime win. Maintaining a (3-0) record are the high-flying Atlanta Falcons who defeated the (2-1) Detroit Lions 30- 26. Despite throwing three interceptions Falcons QB Matt Ryan tossed for 294 yards and two touchdowns. Two teams evening their records at (2-1) were the Jacksonville Jaguars and Baltimore Ravens. This contest was held in London England as the Jaguars routed the Ravens 44-7. Jaguars (2-1) QB Blaine Bortles had a career high four touchdowns and 244 yards of completions.

Visiting New Orleans Saints (1-2) went marching to victory over the (2-1) Carolina Panthers 34-13. Saints QB Drew Brees silenced his critics by with a 34-13 win tossing for 220 yards and three scores.

A close call in New England as the (2-1) Patriots outlast the (1-3) Houston Texans 36-33. “Tom Terrific” Brady led a last minute drive tossing a 25 yard touchdown to WR Brandonj Cook for the win.

Colts (1-3) QB Jacoby Brissett received his first win as a starter for the Colt with a 31-28. “The Browns get so close to winning each week,” stated the Captain. Brissett was the star of the day 259 yards passing and one score.

Another power team tumbled as the (2-1) Denver Broncos drop to the (2-1) Buffalo Bills 26- 16. Even though the Broncos defense held the Bills to only 62 yards on the ground excessive penalties led to their demise. Remaining undefeated are the (3-0) Kansas City Chiefs who defeated the (0-3) Los Angeles Chargers 24-10. The Chargers had no answer for Chief RB Kareem Hunt who torched the Chargers defense for a whopping 172 yards and one score on the day.

Another unbeaten fell as the (2-1) Oakland Raiders dropped to (2-1) Washington 27-b 10.Washington QB Kirk Cousins was on fire tossing for 365 yards and three scores as teammate WR Chris Thompson hauled in 150 yards and one score.