Upholding our responsibility to our Indian population 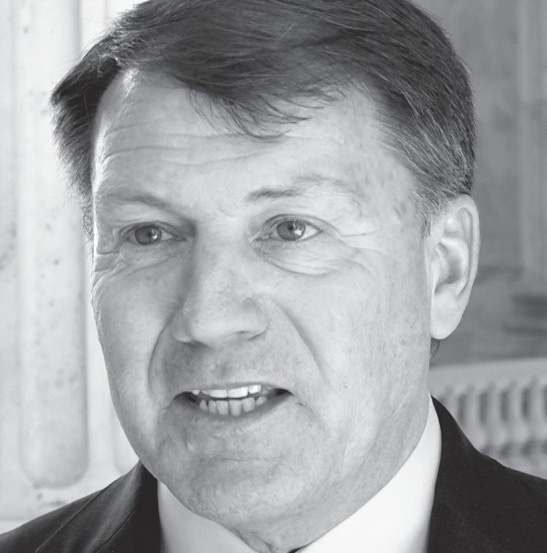 Our tribal population is amidst a government-induced health care crisis as a result of decades of mismanagement and poor leadership at the Indian Health Service (IHS). In South Dakota and across the country, IHS facilities consistently fail to meet basic benchmarks of providing proper care to Native Americans. Headlines frequently tell the tale of emergency rooms closing down, lack of adequate health care professionals and blatant corruption among IHS administrative employees. Too often, my staff hears horror stories of dirty or broken medical equipment, poor recordkeeping, and in one case, a woman who gave birth to her baby on a bathroom floor with no nurses or doctors around to help her. This is unacceptable.

The first step toward fixing the crisis is understanding where the problems lie within the IHS itself. I recently introduced legislation requiring a full audit of the IHS. Despite the agency’s well-known and well-documented history of failing the people it is meant to serve, there has never been an independent, broad, thorough review of IHS. I have requested a systemic review of the agency’s structural, financial and administrative problems so that the federal government, working in close consultation with tribes, can make the changes necessary to live up to its trust obligations.

IHS is tasked with providing health care for approximately 2.2 million American Indians and Alaska Natives across the country. But one does not have to look beyond the agency’s own website to see that it is failing in its core mission. According to www.ihs.gov, tribal members continue to die at higher rates than other Americans in a number of categories, including liver disease and cirrhosis, diabetes, suicide and respiratory diseases. In the Great Plains Area, which includes South Dakota, Native Americans have a life expectancy 10 years less than the U.S. population.

Why this is happening can be found – at least in part – in the structure and culture of IHS itself. For example, my office has uncovered an alarming imbalance of staff: of more than 15,000 total IHS employees, only 725 are doctors. More than 10,000 IHS employees are administrative professionals – with nearly 4,000 dedicated to billing alone.

Additionally, there is no financial accountability or even a formula for how to allocate funding among the 12 IHS regional offices. IHS officials themselves can’t explain their own budget. This is particularly troubling in places like the Great Plains Region, which has one of the worst health disparities of all IHS regions despite being one of the largest and fastest-growing populations. Even if IHS is underfunded, we cannot responsibly spend more taxpayer dollars on this broken agency without increased transparency and financial accountability.

My legislation would allow us to fully understand the dysfunction at the agency so we can take the necessary steps to fix it. It is supported by the Great Plains Area Tribal Chairmen, officials within the Department of Health and Human Services, the South Dakota Association of Healthcare Organizations and, most recently, the South Dakota legislature, which passed a resolution in support of an IHS audit earlier this year.

Our ultimate goal is for the federal government to live up to its trust obligations of providing timely, quality care to our tribal members. IHS will never be able to accomplish this without broad reforms. But first we need to understand where the problems lie. In the meantime, I will continue working with my colleagues in Congress, tribal leadership, IHS administrators, Health and Human Services officials and others to identify key areas of reform and identify potential solutions to provide better health care to our tribal members.