Was the Indian Reorganization Act unconstitutional?

BY IVAN F. STAR COMES OUT 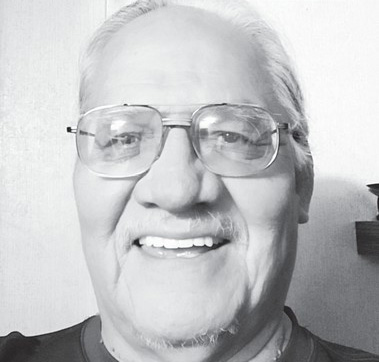 The stock market crashed in October 1929 and the Great Depression began. It escalated quickly to a level where it wiped out millions of investors, industrial output dropped, and unemployment rose to unprecedented heights. As much as 15 million (20- plus percent) became unemployed. People were forced to sell apples and pencils on the streets for their meals.

On March 4, 1933, President Franklin D. Roosevelt took his post. Immediately, against his belief that government should not intervene in the economy, he established some economic relief and reform measures to help ease the worst effects of the economic depression throughout the 1930s. His belief was that government is not responsible for creating jobs or to provide relief in times of economic strife.

Through several recessions, the U. S. economy gradually recovered. Although the New Deal programs brought unemployment percentages down to single digits, Roosevelt’s economic recovery plan doubled the national debt via deficit spending, meaning they spent money they didn’t have. Then World War II (1939) boosted the American industry into high gear. On June 18, 1934, from the worst economic crash in the history of the American industrialized world, among other New Deal programs, the federal Indian Reorganization Act (IRA) was enacted. The IRA or the Wheeler-Howard Act was aimed at decreasing federal control of “Indian” affairs by increasing local responsibility for self-government.

The so-called “New Indian Deal” (IRA) emphasized tribal self-government, economic recovery, and revitalization of cultural identity. However, for a variety of reasons, economic recovery did not happen for the 20,000-plus natives residing here and “tribal” government is questionable.

Instead, the reservation is fraught with stark social problems, like poverty or the lack of an economy, an 85-90 percent unemployment rate, homelessness, a debilitating dependency on government, alcohol and drug abuse and their detriments like rape, teen pregnancy, a shortened life span, and strong antigovernment sentiment.

I believe our current poverty and unemployment rates were present during the Great Depression. Sadly, they prevail in these modern times. It’s as if the so-called IRA reservations within the current state of South Dakota “fell through the cracks” in the floor regarding the nation-wide economic recovery plan.

With a mix of benevolence and suppressive strategy, federal officials and agents wrote and introduced the IRA to the voting residents on the Pine Ridge in 1935. Although a few of the framers of this law sincerely believed they were helping the “Indians” to recover economically, the reality is that the projected visions of prosperity remain elusive after eight long decades.

The “Indian New Deal” came with a statutory form of government often referred to as “tribal government” or “the tribe.” It is actually an extension of the federal government’s plenary power. A major downfall with this system is that it is completely dependent of congress’ benevolence. In other words, funds are allotted as long as the “tribes” don’t disturb the waters and rock the boat.

Unfortunately, this new constitutional government initially fostered an illiberal democracy, also called a partial democracy, low intensity democracy, empty democracy, pseudo democracy, or hybrid regime. It is a government in which, although elections take place, citizens are cut off from knowledge about the activities of those who exercise the real power (congress) and its lack of civil liberties.

The residents did not however, simply use the system. They made efforts to transform it into a genuine people’s government via four Secretarial Elections. The latest amendment was the largest and most promising, even changing the repressive oath of office to include the defense of treaties with the United States.

However, the IRA remains questionable as to its constitutionality. The manner under which it was imposed on the Pine Ridge is steeped in intrigue and deceit. The Supreme Court ruled some of Roosevelt’s economic recovery programs unconstitutional. The IRA may by very well be unconstitutional.

On June 15, 1934, three days prior to the actual enactment of the act on June 18, 1934, an amendment was made that reduced the overall voting bloc to “30 Per Centum.” This means only 30% of the total voting population could vote and still be legal. Then the IRA was brought to the remaining “Sioux” reservations in South Dakota and put to a vote. Six out of ten rejected the IRA.

Is it beneficial for Pine Ridge and other “IRA reservations” to push the IRA all the way to the Supreme Court based on unconstitutionality? The IRA could very well be unconstitutional based on the amendment lowering the overall voting bloc to 30% and the fact that it was rejected by the descendants of the Oceti Sakowin (Seven Council Fires). A problem still floating around on the Pine Ridge is the fact that only 28.7% took part in the election. A capricious and divisive situation is the fact that 178 non-tribal members who were married to local women and were residing on the reservation took part in the election. Lastly, the system imposed on the Pine Ridge has been largely responsible for prolonging the poverty and current living conditions.

Also, education is a right in this country but the federal government failed to formally educate the residents on the new IRA system and could be a factor in such a lawsuit. Formal education regarding treaties and the IRA have been absent for eight decades within the federal school system on the IRA governed reservations.

Finally, oppression and subjugation are basically defined as the prolonged cruel or unjust treatment and as a process of suppressing or controlling a group of people. On the receiving end of this are misery, rebelliousness, suicide, and a long list of tragedies.

We are not a free and contented group of people. An analysis of the IRA history is definitely in order. We must determine if we are truly oppressed as a group of people. The majority have certainly endured mental anguish for eighty-one long years under this federal system of government.