What does the word “Treaty” mean to most Americans?

Let’s put a hat on the word “treaty.” Nearly every dictionary describes it as, “an agreement or arrangement made by negotiation; a contract in writing between two or more political authorities (as states or sovereigns) formally signed by representatives duly authorized and usually ratified by the lawmaking authority of the state; a document in which such a contract is set down.”

The treaty making process between the Indian nations and the United States of America was stopped shortly after the huge treaty meeting that took place at Fort Laramie in 1868. Several Indian nations were on hand to “negotiate” the treaties that became known throughout Indian country as The Fort Laramie Treaty of 1868. 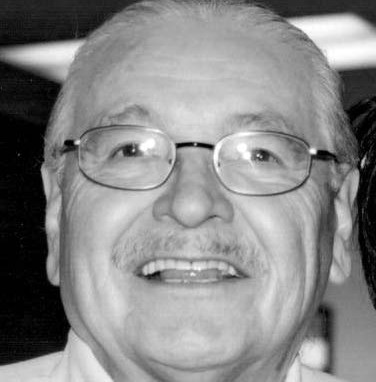 Representatives of the several tribes of the Great Sioux Nation were there to negotiate away millions of acres of land, but were they “duly authorized” representatives? Tasunka Witko (Crazy Horse) and his followers were not present. Crazy Horse, in his short lifetime, never touched a pen to a treaty.

The tribes of the Great Sioux Nation were guaranteed the exclusive and undisturbed use of the land they retained under the auspices of the 1868 Treaty. These lands stretched from the east bank of the Missouri River to the Big Horn Mountains in what is now Wyoming.

Included in this parcel were the panoramic mountains known to the Sioux Nation as Paha Sapa, or the Black Hills. Some pan-Indians would refer to the Hills as “He’ Sapa” but my research into some very old records find that the Lakota, even in the 1800’s, called the Hills Paha Sapa.

If the Fort Laramie Treaty of 1868 set aside the requisite land to be used exclusively by the tribes of the Great Sioux Nation, what was George Armstrong Custer and his expedition doing in the Black Hills in 1874? We all know now that he was searching for gold. This was a clear violation of the Treaty.

The term “Gold Fever” came about because that is what it proved to be, a feverish illness that drove miners to dig for gold. Treaty notwithstanding, the United States Army, and by inference, the United States Congress, stood by with their hands in their pockets while thousands of “fever struck” miners invaded the lands of the Great Sioux Nation.

And when the Indians took offense at this invasion of their lands and struck back at the Battle of the Little Big Horn sending Custer and his 7th Cavalry to a resounding defeat, did the United States Government call this defensive battle by the combined forces of Sioux, Cheyenne and Arapaho warriors just? No indeed.

Instead their Sacred Black Hills were confiscated, their huge land holdings, legally determined by the Fort Laramie Treaty of 1868, were broken up into much smaller “reservations” and their power greatly diminished by the dispersal. This was done without negotiation but instead by Acts of Congress, misinterpretations of the intent of the Treaty and outright lies and theft.

When the United States Supreme Court made a determination for monetary compensation for the theft of the Black Hills, Supreme Court Justice Harry Blackmun said, “A more ripe and rank case of dishonest dealings may never be found in our history.”

We have just celebrated the 141st Anniversary of the Battle of the Little Big Horn, or as the Lakota call it, the Battle of Greasy Grass, and many of the existing problems between the treaty makers and the treaty signors are still prevalent. The money awarded the tribes of the Great Sioux Nation in 1981 has never been accepted. The timber profits culled from the Hills every year are divided amongst several Western South Dakota counties, but none goes to the People still laying claim to the land.

Billions in gold and other resources have been extracted from the Paha Sapa since 1878 and none of it has gone to assist the poorest people in America, the people of the Great Sioux Nation.

And as I have written so many times in the past, in the face of this extreme poverty, with the monetary award now nearing $1.4 billion, the poorest of the poor, the People of the Great Sioux Nation, have turned their backs upon accepting a single dime of the award.

Stop right there! No, it is not ancient history that cannot be addressed. The theft of the Paha Sapa has never been settled. Money was appropriated, but refused. Can a Nation force another Nation to accept money for out and out theft of land by shoving it down its throat?

While America is spending billions attacking other sovereign nations, there is still a dark secret it is hiding in its own backyard.

The Fort Laramie Treaty of 1868, a sacred treaty to the people of the Great Sioux Nation, was violated by the United States of America and a sacred trust was broken. Since that treaty was broken, thousands upon thousands of Indian people have suffered. And through it all, they have never asked for anything more than justice. They have gone to every world court including the United Nations in the past 50 years and nothing has been done to bring them justice.

What does the word “treaty” mean to most Americans and to the present day Congress of America? Apparently absolutely nothing!

(Contact Tim Giago at najournalist1@gmail.com. Giago was the founder of the Native American Journalists Association and will be the keynote speaker at their 34th Annual Convention be to held in Anaheim, CA on September 7 – 10, 2017)