What’s so hard about casting Indian actors in Indian roles? 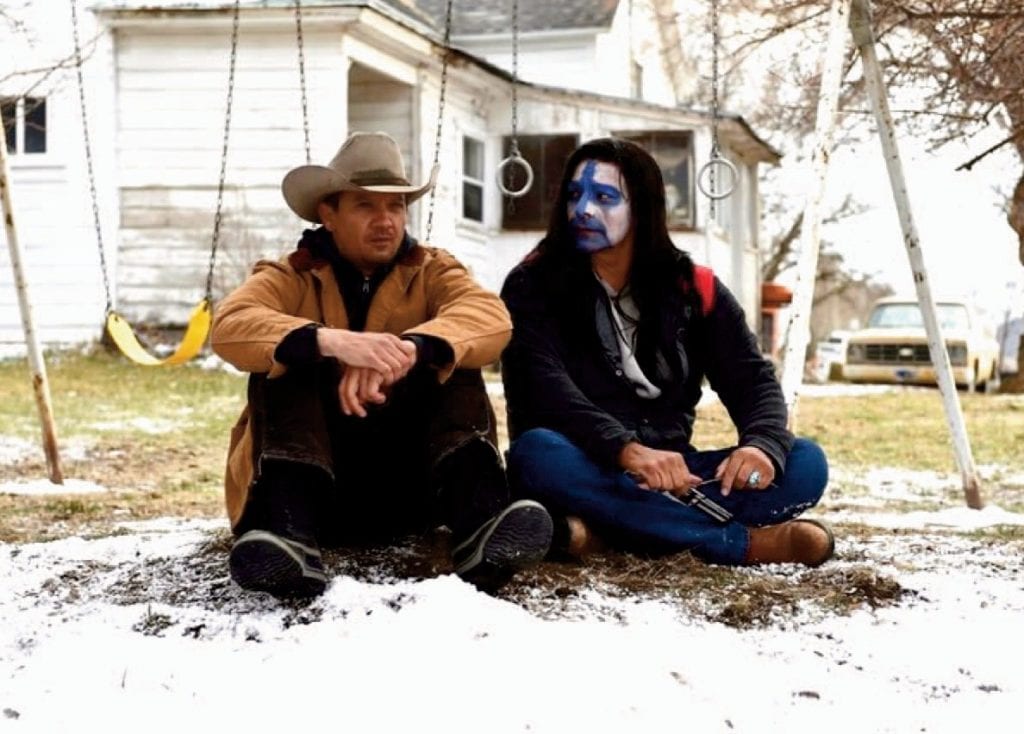 There’s a brief exchange in the new drama “Wind River” that is brusquely telling. On a reservation in Wyoming, a white man, Cory (Jeremy Renner), tries to console an Arapaho tribal member, Chip (Martin Sensmeier), who has just learned that his sister has been murdered.

When Cory philosophizes, “This land is all we got left,” Chip excoriates his use of “we” and adds, “Only thing Native about you is your ex-wife and a daughter you couldn’t protect.”

It’s at this moment, when Cory is reminded of his place, that the film refuses to dance with wolves. Marriage, affinity or even lifelong residency may change the white man, but he will always be a foreigner in Indian Country.

“I wasn’t going to sit here and tell a story about very real issues,” namely sexual violence against women in Indian Country, “and cast people to portray characters in that world suffering those burdens and not have some connection,” Mr. Sheridan, who is not Native American, told me. He hired, among others, Mr. Sensmeier (of Tlingit and Koyukon-Athabascan heritage), Graham Greene (Oneida) and Julia Jones (Choctaw and Chickasaw).

Mr. Sheridan admitted, “There was someone far and away that was the best, but I didn’t hire them because they were not Native American.” He even told his casting directors that when it came to auditioning actors, “Don’t even read them unless you can vet the authentic nature of their ancestry.”

“Redface,” the manufacturing of ersatz images of Native American identity, has long been a problem in Hollywood, and there’s a well-documented history of hiring non-Indians for Indian roles. But Mr. Sheridan’s solution is thorny, too. When vetting is a challenge even for tribes, which can become embroiled in controversies over identity, how can casting directors do it? Physical appearance can be deceiving, and requiring tribal membership may exclude those who are not enrolled.

“Fifteen or 20 years ago, they would have found someone who was ethnic enough, and that would have flown,” said Lou Diamond Phillips, who plays a Cheyenne business owner in the A&E drama “Longmire.”

Frequently cast as Native American, but of Filipino, Scottish-Irish and some Cherokee ancestry, Mr. Phillips has played a range of roles, from a Mexican-American teenager in “Stand and Deliver” to Thai royalty on Broadway in “The King and I.” He added, “I never claimed to be a Native actor, but I do have Native blood.”

Other stars have taken pains to note their heritage when it mattered to the role. Johnny Depp, who starred in “The Lone Ranger” as Tonto, said that his great-grandmother was “Cherokee, or maybe Creek.”

“Being Indian is more of a political and cultural identity than racial,” explained Carla Pratt, a professor at Penn State University and a justice of the Supreme Court of the Standing Rock Sioux Tribe. “We do have a reluctance to accept someone who doesn’t fit that stereotypical image.”

“If you are Native, you rarely get cast in crossover parts,” he said, referring to ethnically nonspecific roles. “My approach to characters is that I play them as human beings.”

This issue is especially meaningful for me because I am a fully enrolled member of the Seminole Nation of Oklahoma, where my mother’s family has lived since Indian Removal from Florida in the 19th century. I now live in Manhattan and I am also African-American. I am not alone: More than three-fourths of Native Americans live outside tribal areas, and almost half are multiracial. This is what authenticity looks like.

Kelsey Asbille, who plays Natalie, the young Indian woman who is raped and murdered in “Wind River,” is of Taiwanese, British and Eastern Band Cherokee descent. Although she did not grow up in an indigenous community, she said she had an “intense connection” to Natalie and what she stood for, adding, “This role, more than any other, it’s in my blood.”

Cultural authenticity is a knotty web of learned impressions. Film generates a collective understanding of how Indians look, sound and act, imparting and reaffirming norms. In the watershed film “Smoke Signals,” directed by the Cheyenne-Arapaho filmmaker Chris Eyre, the two leads, Thomas and Victor, discuss “real Indians” in movies. Victor tells the droll Thomas: “Indians ain’t supposed to smile like that. Get stoic!”

As Bird Runningwater, director of the Sundance Institute’s Native American and Indigenous Film Program, explained: “Most Americans consume media and then you have our representation within that. They consume what has been created by the system.”

For “Wind River,” that system involved an intertribal collaboration. Leaders from the Wind River nations — the Eastern Shoshone and Northern Arapaho — read the script and visited the set. The Tunica-Biloxi tribe of Louisiana had no actors in the film but provided 90 percent of the film’s budget in a joint venture with Acacia Entertainment. Marshall Ray Sampson, the tribe’s vice chairman, explained, “We are always looking for ways to diversify our portfolio.”

Though the quest for authenticity was a community effort, Mr. Sheridan said, “As a filmmaker you have to stand in front of what you did and make choices that you could do with a clear conscience.”

Those choices included making white characters, played by Mr. Renner and Elizabeth Olsen, the leads in a film about Native Americans. “Everyone puts words into their mouths and says, ‘This is your experience,’” Mr. Sheridan said. “I’m a white guy — that’s a lot of trust from a community that’s generally been betrayed.”

(Article courtesy of the NY Times)