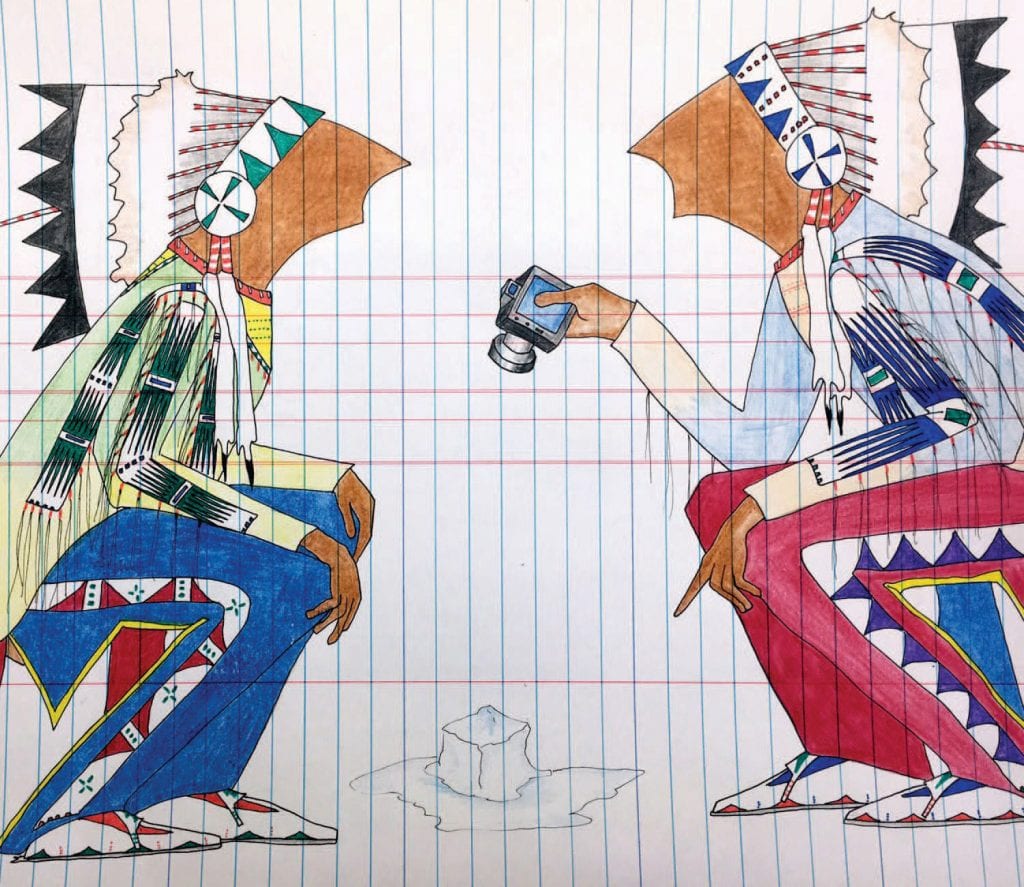 Doesn’t it seem that we are all living in a reality show called “Keeping up with the Trumps.”

One politically astute young Lakota lady woke up to prepare for her work day as usual.

According to her Facebook page she walked into the kitchen with her “bedroom hair,” wearing a shaggy bathrobe, and with puffy eyes and she heard a “click” and she noticed that her microwave was staring at her. “OMG: Kellyanne Conway was right! The CIA turned my microwave into a video camera,” she screamed.

And that is the way it works in the world of fake news, alternative facts, and outright lies.

Rex Tillerson, an ex-oil executive with Exxon Oil, is now the Secretary of State, a job once held by John Kerry and Hillary Clinton. He doesn’t want people to know he is the Secretary of State and so he has shut out the media. He traveled to the Far East with only one hand-picked reporter from a right wing media source who had just written a glowing story about him.

On this trip when he was finally questioned by reporters, he poo-pooed the budget cuts his boss, Donald J. Trump is advocating for the State Department, his own department, saying that the Department is over bloated and needed cutting and since there would be no more wars under his watch they didn’t need all of the diplomats, etc. in the State Department. And then he goes on to say that if North Korea doesn’t straighten out there could be dire consequences including war. Talking out of both sides of their faces seems to be a regular practice of the members of the president’s cabinet. And the defense budget is about to be increased by $54 billion.

Press Secretary Dean Spicer reminded many of us of a snake trying to crawl back in its hole when reporters pounded him with questions about whether Trump still believed that former President Obama wire tapped his home at Trump Tower in New York City: Spicer squirmed, wiggled, got angry, and lied repeatedly in an effort to wipe the egg from his face. What it amounted to is that all of the intelligence agencies were wrong and Trump was right. In the face of insurmountable evidence that his boss outright lied, Spicer still tried to turn the lie into a truth. And would you believe that all of the Trump die-hard supporters cheered the lie.

Scott Pruitt, the new Secretary of the Environmental Protection Agency, said there is no such thing as climate change. He then went on to say that the United States will no longer be funding climate change. Did he know about all of the severely poisoned land in the State of Montana alone that are so polluted the lives and health of many of its citizens are extremely endangered? It was the EPA cleanup that has been taking place in Montana for the past 20 years that is finally bringing this health hazard under control, but they still have a long way to go and lives are still at risk.

It makes one wonder if some of the billionaires Trump appointed to cabinet level jobs have even studied some of the problems they faced when they assumed control of the various agencies they are now asked to lead? Or did Trump put them in these jobs to dismantle them?

The Ryancare or Trumpcare Bill the Republicans are now trying to pass through Congress is in serious trouble. Its severest impact will be felt by the very people who voted Trump into office. Why did they vote for him on repealing Obamacare? Because he lied and told them the new and improved healthcare system he would install would be much better than the one initiated by Obama. Everyone will have coverage he promised and that promised turned out to be just another of the many lies he told while on the campaign trail.

And so now we are beginning to see Trump’s reality show turn into a horror show. And yet his supporters cheer him on and we wonder if we are the ones who are wrong. What is it they see that the rest of us do not see?

As we said in last week’s editorial, we are just waiting for the other shoe to drop. And in the meantime, don’t stare at your microwave or smart TV set. They might be staring back.

(The Editorial Board of Native Sun News Today can be reached at editor@nsweekly.com)