Whites were paid a bounty for the scalps of Indian men, women and children

BY DR. DEAN CHAVERS
AROUND THE CAMPFIRE 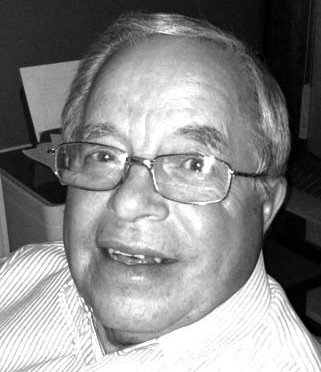 The question of scalping has long been a sensitive one in the U. S. The books, newspapers, magazines and films about Indians have almost always said Indians scalped their victims, but almost never did the whites scalp Indians. The opposite is true; both sides killed and scalped each other. Indians did it for glory; Whites did it for money and to help the colonial legislature achieve their goals, which was extermination of Indians and control of all the lands in the U. S.

After digging into it for my next book, “Indian Massacres in the U. S.,” I have found something much closer to the truth; both Indians and white scalped each other, but whites got paid much better for it.

Scalping was over 2,000 years old in Europe. Herodotus wrote in 440 B. C. that the Scythian soldiers scalped their dead enemies, softened them, and used them as napkins. The Scyths lived in the Black Sea area of Europe.

Scalping in England preceded the settlement of North America by at least four centuries. The Earl of Wessex, Harold Godwine, scalped his enemies as early as the eleventh century, bringing the scalps back from battle to prove they were dead.

Gov. Charles Lawrence of Canada issued a resolution calling for scalping in 1756 against the Micmac and other Indians: his proclamation said:

“And, we do hereby promise, by and with the consent of His Majesty’s Council, a reward of 30 pounds for every live male Indian prisoner, above the age of sixteen years, brought in alive; or for a scalp of such male Indian twenty-five pounds, and twenty-five pounds for every Indian woman or child brought in alive: Such rewards to be paid by the Officer commanding at any of His Majesty’s Forts in this Province, immediately upon receiving the Prisoners or Scalps above mentioned, according to the intent and meaning of this Proclamation.”

This proclamation is still on the books. A motion in 2008 to reverse it did not pass. However, the Canadian government says it is not in effect.

Hannah Dustin, who has a statue in her honor in Boscawen, New Hampshire, was the first woman in the U. S. honored with a statue. She was honored for scalping Indians. In the statue, in her left hand she is holding Indian scalps. (Tauber)

The Dutch governor of Manhattan, Willem Kieft, offered the first bounty in North American for Indian scalps in 1641, only 21 years after the Puritans landed at Plymouth Rock. The governor of the Puritans in Massachusetts first offered a bounty for Indian scalps in 1644. The Massachusetts Bay Colony first offered $60 per Indian scalp in 1703. The English and the French actually introduced scalping to Indians. The governors of the colonies instituted scalping as a way for one Indian tribe to help them eliminate another tribe, and to have colonists to eliminate as many Indians as possible. Madley wrote in 2015, “Policymakers offered bounties for Native American heads or scalps in at least twenty-three states of their colonial, territorial, or Mexican antecedents.”

The New Hampshire legislature authorized scalping Indians in 1724, paying 100 pounds for each male scalp turned in. This was the equivalent of almost a year’s pay for one dead Indian’s scalp. Women’s scalps typically brought half of what men’s scalps did, and children’s scalps brought half of women’s. But white men got paid for bringing in the scalp of a ten-year-old Indian child. As the most racist killers of Indians said, “Nits make lice.” It was better to kill an Indian child than to let him grow up and kill you.

Colonists who killed Indians and turned in their scalps were paid bounties for each scalp. British colonial officials paid 100 British pounds per Indian scalp starting in 1721. That was several month’s pay. Starting in 1744, Massachusetts colony paid for the scalps of Indian men, women, and children. They paid for all the scalps collected in the Norridgewock Massacre of 1724, which was carried out by colonists. They killed 80 Abenaki Indians and collected bounties on all of them.

The infamous “Paxton Boys” killed and scalped 20 Indians in Pennsylvania in 1763. Even though Benjamin Franklin wrote a broadside attacking them, nothing was ever done to punish the killers. They had killed the last living members of the Conestoga Tribe. Colonials also killed and scalped Indians in Virginia, Kentucky, Indiana, Ohio, Michigan, Illinois, Colorado, Arizona, California, New Mexico, and other states. Indians returned the favor, killing and scalping white people in as many states.

New Hampshire militiamen led by John Lovewell scalped 10 Abenaki Indians on February 20, 1725, turning in their scalps for the bounty the colony offered. The governor had issued a bounty law for Indian scalps in that state. They got 100 pounds (a huge sum, more than a year’s salary) for Indian male scalps and 50 pounds for every Indian female scalp. The New Hampshire Scalping was not a random incident; it happened numerous times.

The miner John Johnson and his companions killed and scalped 20 Apache Indians in 1837 in the Johnson Arizona Massacre. They collected $100 for each male, $50 for each female, and $25 for each child from the territorial government. The Mimbres Apache chief Juan Jose Compa was one of those killed. The great Apache chief Mangas Coloradas (“Red Sleeves”) may have been present and it turned his heart against the Americans for the next 30 years. He was captured and placed on a fort in New Mexico and shot and killed when he tried to escape.

Kit Carson, perhaps the most famous guide and mountain man, also scalped several Indians in his career, which took him all over the West. He scalped his first Indian when he was 19 years old. But he also married an Arapaho Indian woman, Singing Grass, and had a daughter with her before she died.

(Dr. Dean Chavers is Director of Catching the Dream, a national scholarship organization for Native college students. He can be contacted at CTD4DeanChavers@aol.com)