Who will win the Super Bowl?

Can’t bring myself to care 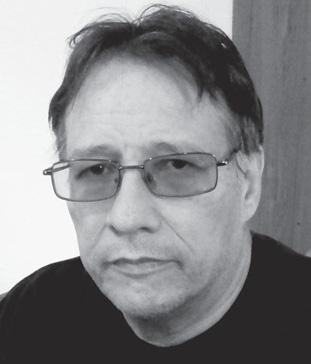 Been a sports fan all my life. Can name every heavyweight champion since John L. Sullivan, the starting lineup of the 1953 Brooklyn Dodgers, even explain the Infield Fly Rule. I can calculate the Pace Factor for an NBA team, can tell you all about Lee Petty, Richard Petty, Kyle Petty, and even Adam Petty. I know that stats like dropped passes and yards-after-catch are essential in calculating the actual value of an NFL receiver, good grief, I even understand the off-sides rule in hockey.

A couple years back I started covering high school sports again. In order to do a professional job of it, a reporter has no choice but to re-familiarize himself with the teams, the coaches, the players, and once immersed in a season, like the present basketball season, patterns emerge, you start to see things for how they really are.

Try as I might, I can’t go back to caring about professional sports. I have lost the ability to understand why it matters, why it is entertaining. None of the players come from that city, the team is the play thing of some billionaire, and the players are grossly overpaid. With high school sports, they are playing for their school, maybe the team is all Oglala, like Oelrichs, and maybe half the team is related to each other, players and coaches, like Winnebago.

I haven’t watched an NFL game all season, don’t know who is in the Super bowl, don’t care who wins it, or even if it is played. I do care that Red Cloud Head Coach Duane Big Crow took a 14- man roster to the second round of the 11-man football play-off last fall. I care about every one of those boys, care that he was not named Coach of the Year, or Russell Leader Charge best ball carrier in the state, because I know had they not been Lakota, they would have won those awards.

This major league baseball season interested me, but I missed too many play-off games because of work, and this is the first World Series where I never watched one game live. Baseball was once dear to my heart, but now, each passing day, I feel my interest in it waning.

There are so many distractions, so many other entertainment options, watching grown men play a kid’s game for ridiculous paychecks, watching gambling operations thrive on the outcome, and I just don’t understand the allure of it anymore.

Maybe this is just a cynical phase I am going through, or I would think that, if my cynicism extended to high school sports, but it doesn’t. I still care about the history of sports, past professional seasons, like the 1958 NFL title game, where Johnny Unitas and the Baltimore Colts put professional football on the map, defeating the New York Giants in sudden death, when fullback Alan Ameche plunged into the end zone, maybe because I was a little boy when I first read about it.

It took me decades to realize it, but once you are graduated from high school, bouncing balls and swinging sticks belong to those struggling to grow peach fuzz. No one wants to watch a thirty-year-old slam dunk at the state tournament. Get a college education out of athletics, if you can, but afterwards, this would be a much better society if there were no professional options, if you had to actually learn a skill in school, and then had to go out and get a regular job.

If you feel a need to watch great athletes run and jump, catch a local high school basketball game, instead of sitting like a couch potato, watching grown men get paid millions of dollars to shoot an orange ball through a metal hoop.